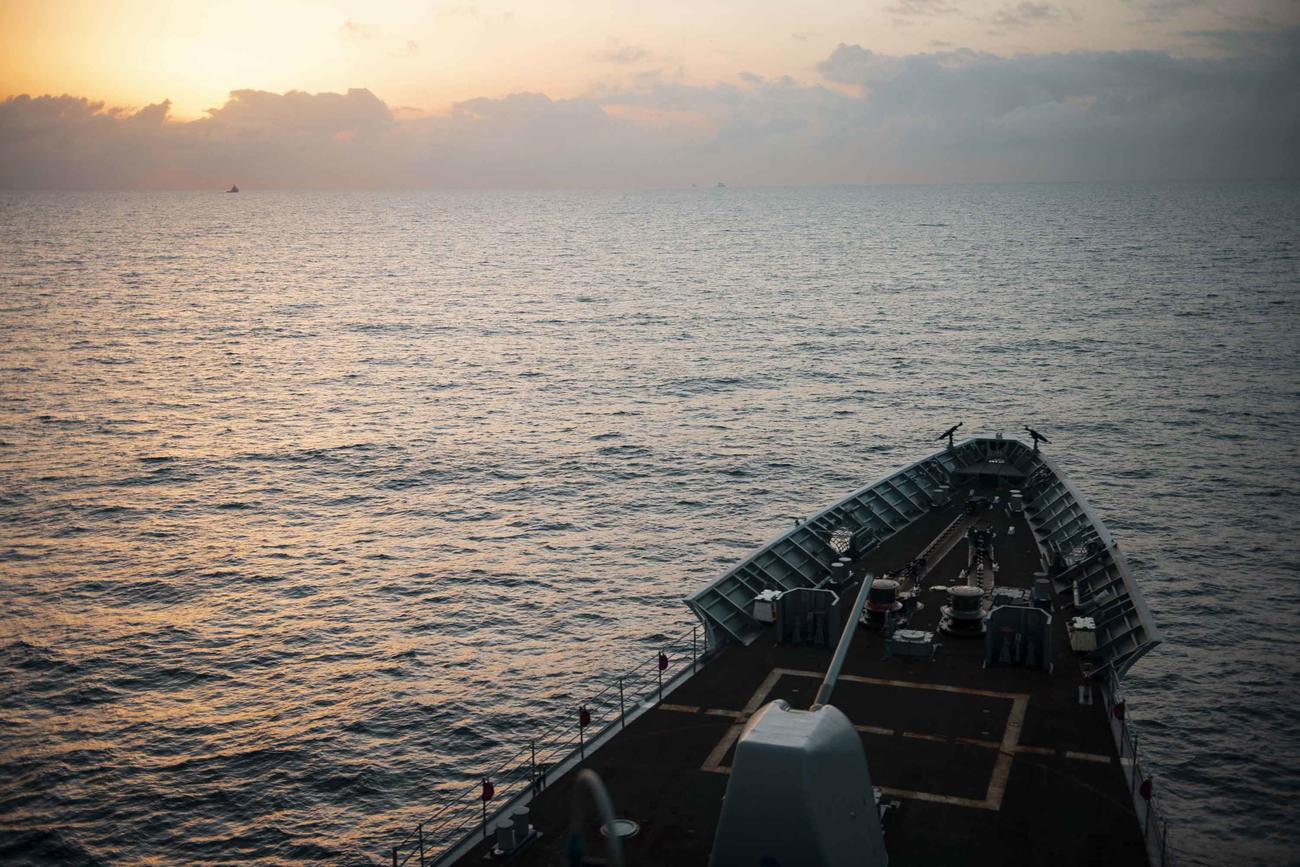 The Gulf of Aden is a crucial route for global trade, and has seen a number of Somali pirate attacks that have mostly stopped in recent years.

The ship ended up off the small port city of Nishtun in Yemen’s far east after coming under attack early Saturday morning, according to an alert from the United Kingdom Maritime Trade Organization that is overseen by Britain’s Royal Navy.

“Vessel and crew are safe,” the organization said.

No group immediately claimed responsibility for the attack.

The British Defense Ministry declined to elaborate on the attack. The U.S. Navy’s Bahrain-based 5th Fleet, which patrols Mideast waterways, said it was aware of the incident, but declined to comment further.

Ambrey Intelligence, a British private maritime intelligence firm, identified the vessel attacked as the MV Hasan, a cargo ship flagged out of Sierra Leone that had been on its way to Salalah, Oman.

The Hasan is registered to Oasis Shipping Co., a Marshall Islands-registered firm with an address linking it to a Beirut address for Barhoum Maritime Co. A similarly named company also operates out of Tartous, Syria. An employee at the company in Tartous declined to immediately comment.

The eastern part of Yemen where the ship was attacked is held by the country’s internationally recognized government, amid a yearslong civil war.

Later Saturday, the U.K. maritime organization reported up to 20 small boats swarmed toward a tanker southeast of Aden. Ambrey said an armed security force on that ship apparently scared off the boats. It wasn’t immediately clear who was on those boats.

In late November, a mine in the Red Sea off Saudi Arabia’s coast near Yemen exploded and damaged an oil tanker. Suspicion immediately fell on Yemen’s Iranian-backed Houthi rebels, who hold the capital, Sanaa, and have been identified by United Nations experts as using seamines in the conflict.

© Copyright 2020 The Canadian Press. All rights reserved. This material may not be published, broadcast, rewritten or redistributed.