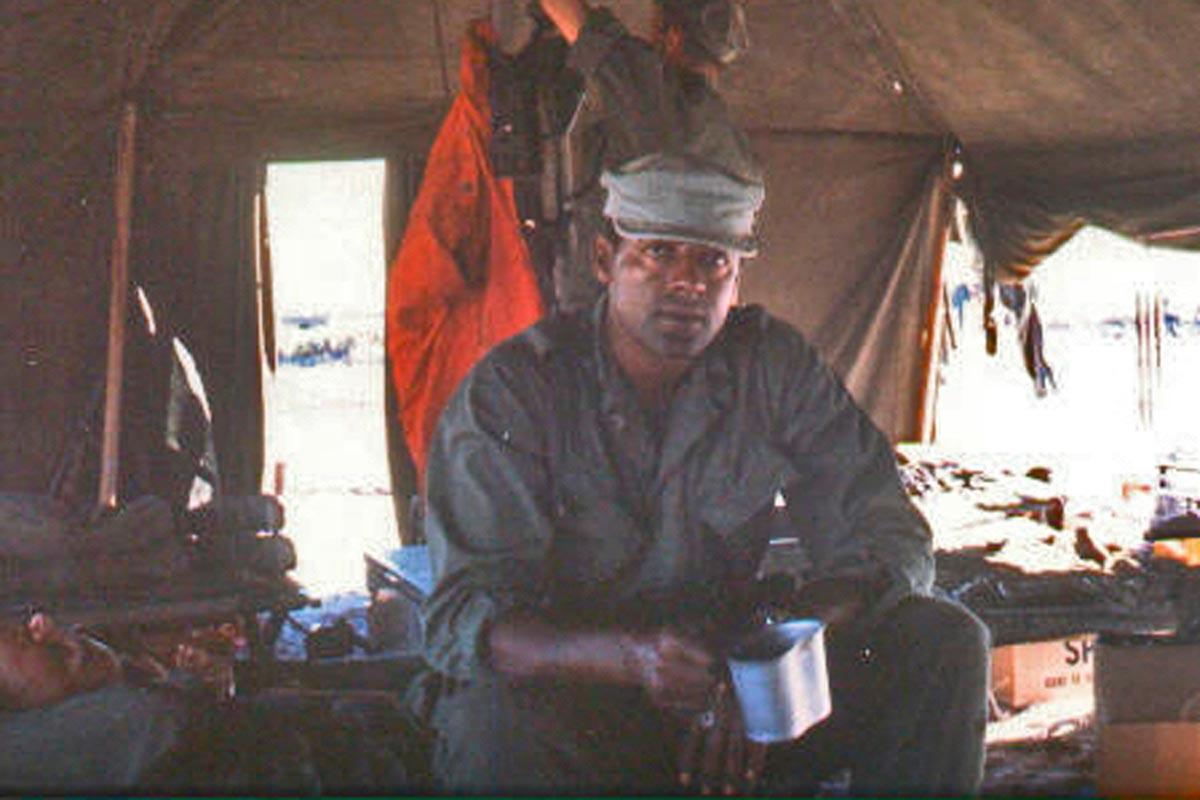 Another Navy expeditionary sea base will be named for a Marine Corps hero who earned the Medal of Honor for heroism in Vietnam.

The Navy announced on the Marine Corps’ 245th birthday that a future mobile sea base will be named for retired Sgt. Maj. John Canley, who was awarded the nation’s top valor award in 2018 for saving scores of his comrades during one of the Vietnam War’s deadliest battles.

“ESB-6 will be named USS John L. Canley to honor a man who has exemplified all that has made our service strong, and our nation thrive,” Navy Secretary Kenneth Braithwaite said Tuesday. “Then-Gunnery Sergeant Canley led his men through the Battle of Hue City, going above and beyond the call of duty as he carried wounded Marines to safety and drove the enemy from a fortified position.”

Canley said he was surprised to find out this week he’d have a ship named for him, calling it a fitting tribute since he spent considerable time at sea during his career. He’s more grateful for what it will mean to the troops who fought alongside him in the brutal battle more than five decades ago, he added.

“They’ll be so excited to know that there’s been a little recognition since 1968,” Canley told Military.com.

Braithwaite said the expeditionary sea bases will deploy future Marines while carrying the names of those from the service’s past. Those the mobile bases are named for, he said, embody the sea services’ core values.

“The future crew of USS John L. Canley, both sailors and Marines, will carry on his legacy, character and professionalism throughout the lifespan of this vessel,” Braithwaite added.

Canley was serving as a company gunnery sergeant with 1st Battalion, 1st Marines, when he led more than 140 men through the weeklong 1968 battle to retake Hue City. The Marines were heavily outnumbered, but Canley repeatedly braved enemy fire to bring his Marines to safety, advising and reorganizing his men when their company commander was seriously injured.

He was originally awarded the Navy Cross for his actions in Hue City, but some of the Marines Canley led through the battle spent years fighting to see the award upgraded. Their efforts paid off when President Donald Trump announced two years ago that Canley would receive the Medal of Honor in a White House ceremony.

Canley will be the fourth Marine hero to have an expeditionary sea base named for him. Three others have been named for Lt. Gen. Lewis Burwell “Chesty” Puller, Chief Warrant Officer 4 Hershel “Woody” Williams, and Lance Cpl. Miguel Keith. Puller is one of the most decorated Marines in the Corps’ history. Williams earned the Medal of Honor for heroism in World War II, and Keith was posthumously awarded the medal for heroism in Vietnam.

The ships, according to the Navy, will support a variety of missions, including those carried out by special operations forces. The 785-foot ships have a four-spot flight deck and can carry a crew of nearly 150.

The floating bases could prove vital in future missions in the Pacific, where the Marine Corps is preparing for possible missions to counter China. Canley said he likes the idea of his namesake ship helping get Marines the equipment they need in a fight.

“As long as they have equipment and the training,” he said, “I don’t care what the situation is — with the right leadership, the Marines are undefeatable.”

Marine Commandant Gen. David Berger said in Tuesday’s announcement that Canley represents a generation of Marines “who have sacrificed and fought for our way of life.”

“His actions in Vietnam forever changed the lives of so many Marines around him,” Berger said. “His legacy will continue to live on.”

Related: Trump to Award Medal of Honor to Marine for Hue City Heroism