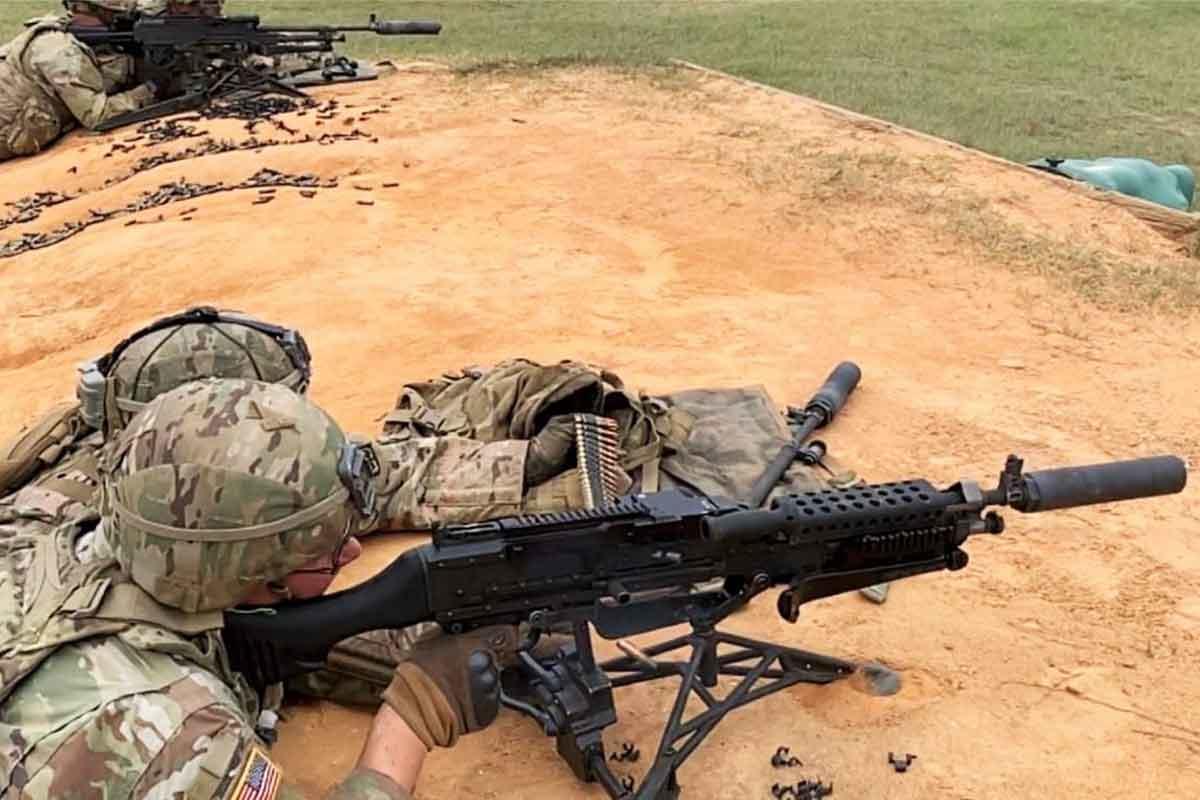 The Maneuver Battle Lab at Fort Benning, Georgia has been live-fire testing the suppressor from Maxim Defense during Army Expeditionary Warrior Experiment (AEWE) 2021, which began in late October.

“Suppressors have always had liability in the past,” said Ed Davis, director of the Battle Lab, who has seen suppressors cycle through the AEWE for the past decade.

“This is the first year that I would say most of the Maneuver Center [of Excellence] has gotten excited about a suppressor.”

Read Next: The Military’s Biggest AI Challenge: Convincing Commanders to Embrace It

The Battle Lab is only evaluating the Maxim Defense suppressor during this year’s AEWE. Other suppressors in past tests have not been able to stand up to the heat and roar produced by the 7.62mm M240.

“Some of them, they got way too hot and … would glow red hot,” Davis said. “Some of them wouldn’t last very long; most of them really didn’t dampen the noise of any significance that was worthwhile.”

Battle Lab officials and soldiers have fired “a fair amount of rounds” through M240s equipped with the Maxim Defense suppressor, enough to put it in the “sweet spot” to recommend it for further evaluation, Davis said.

“This may be one that we recommend that a unit buy and do some sort of evaluation long-term,” Davis said. “We do know thatm with the gun firing, it brings the noise down. … You can fire the M240 and have a conversation right next to it.”

Finding a durable, affordable suppressor that can dampen the sound signature of an M240 would make it more difficult for the enemy to locate and target machine gun teams from a distance, Davis said.

The M240 can engage targets as far as 1,100 meters away, “so if you can suppress the noise to that level, that means the position is relatively concealed during employment,” Davis said.

“It adds a great degree of protection to your machine gun teams, which are priority targets on the battlefield,” he added.

“It also helps you in command and control because now you can give fire commands and so forth without having hearing protection and the voice of the gun causing confusion and things like that.”

When the AEWE concludes in early March, Battle Lab officials will compile a report detailing the performance of equipment tested, which will include recommendations for further study.

“Our evaluations for AEWE are not complete by any means,” Davis said, adding that Maxim Defense suppressor could go to a unit for further evaluation.

Related: Army Maneuver Officials Want to Buy Ammo Resupply Drones and Give them to BCTs

How to Celebrate a Nontraditional Thanksgiving, and Enjoy It
Carrier Nimitz Returns to Gulf as Iran Makes Threats