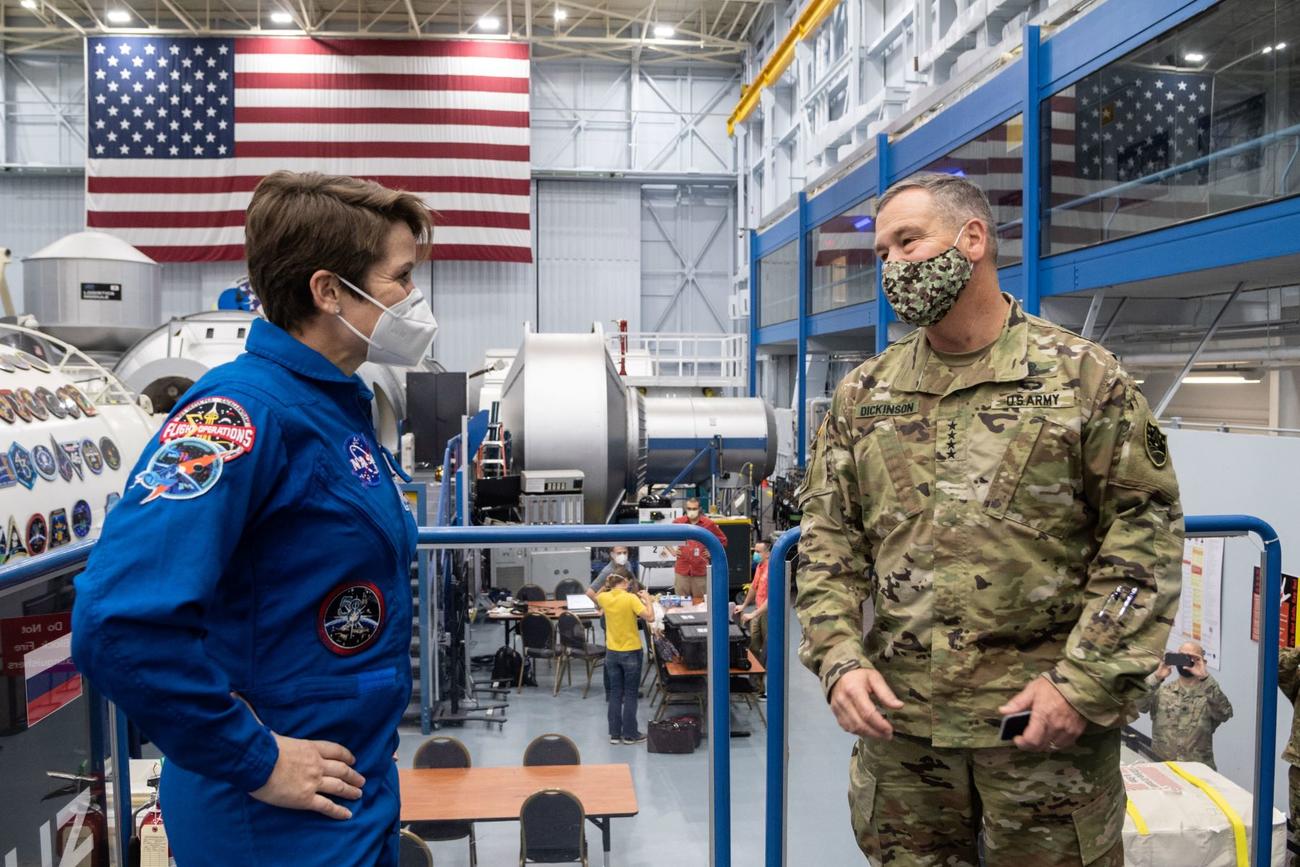 Gen. James H. Dickinson, commander of U.S. Space Command, presented the Army OH-58D Kiowa Warrior pilot and combat veteran with the device during a Nov. 10 ceremony at the Johnson Space Center in Houston, Texas, according to a U.S. Army Space and Missile Defense Command news release. The device is considered the rarest qualification device any soldier can receive.

Approved in 1983, it features a gold-colored shooting star with three contrails in elliptical orbit. It’s designed to be placed on existing aviation badges.

McClain became eligible for the device after completing her 204-day mission to the International Space Station (ISS) as a flight engineer for NASA Expeditions 58/59 from Dec. 3, 2018, to June 24, 2019, according to the release.

Army regulation 600-8-22 authorizes award of the device to personnel who complete a minimum of one operational mission in space 50 miles above the Earth.

While aboard ISS, McClain participated in space walks on March 22 and April 8 to perform tasks such as modifying the station’s robotic arm and installing new batteries for the station’s solar arrays. She was supposed to be part of the first all-female space walk set to take place March 29, but there were not enough correctly sized spacesuits available in time for the mission. Another female astronaut performed the mission with a male astronaut instead.

During her time on ISS, McClain has conducted space-specific experiments dealing with the study of on-orbit radiation detection, human immune-system response and antibody production and protein crystal formations to provide insight into Parkinson’s disease, Army officials said. McClain also helped perform an assessment of the unmanned SpaceX Crew Dragon when it arrived on station March 3.

It was the first commercially built American spacecraft designed to carry humans to ISS when it arrived on station March 3.

McClain is one of three currently serving active-duty Army astronauts and is a member of U.S. Army Space and Missile Defense Command’s NASA Detachment.

How to Handle the Holidays While Unpacking
Less Roast Turkey, More Shrimp: Here’s How Much Food Is Being Shipped to Deployed Troops for Thanksgiving