A Plan to Save Parris Island? $475K Project Will Prepare for Environmental Threats 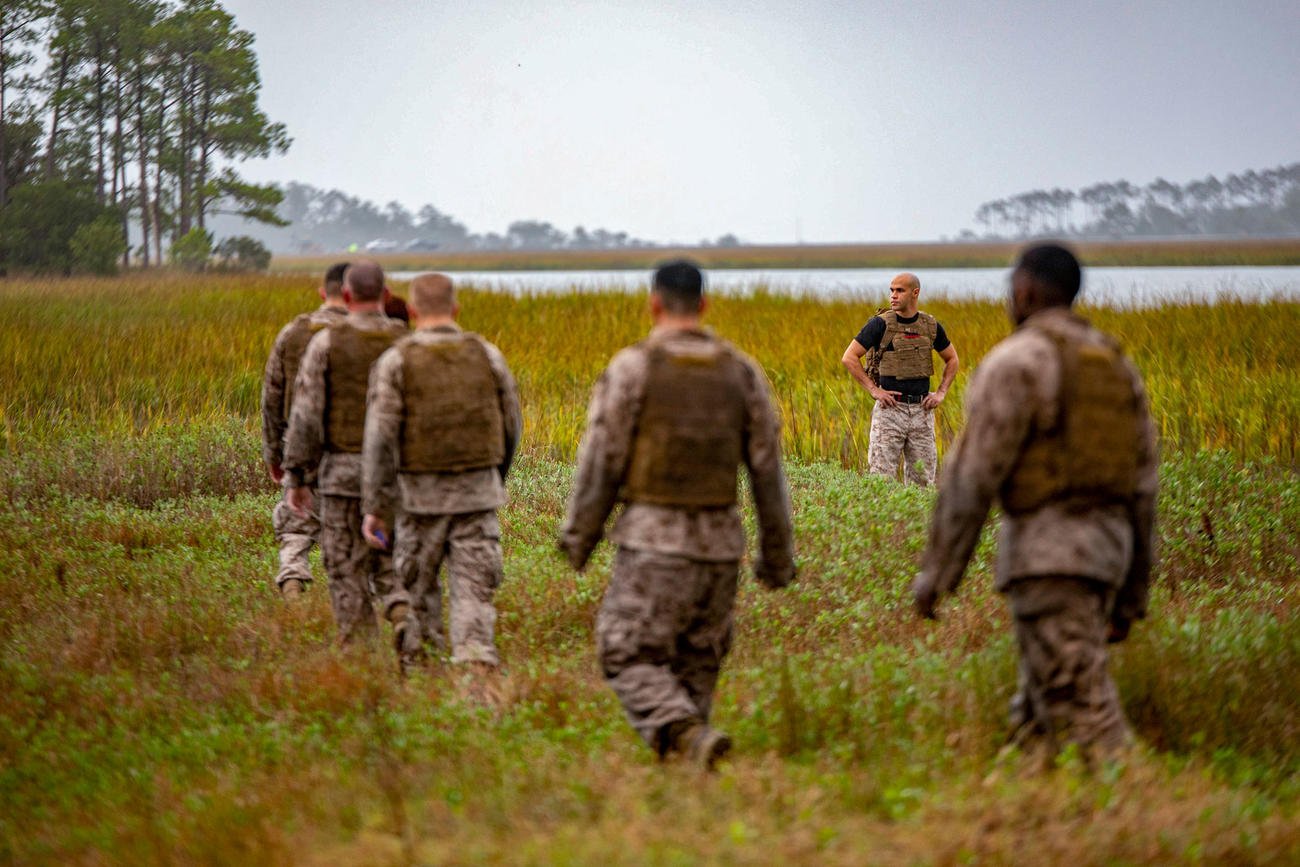 When news spread in late September that the Marine Corps was considering closing its historic base at Parris Island, local leaders were shocked.

The Marine bases at Port Royal’s Parris Island and in San Diego have long needed infrastructure upgrades, but Beaufort County officials did not expect that part of the Marine Corps’ plan to modernize itself could mean losing a base so vital to the local economy.

The potential closure of Marine Corps Recruit Depot Parris Island is one of several options the Corps is considering to adhere to a Congressional mandate that requires the bases to support co-ed training within five years.

But gender integration isn’t the only thing affecting infrastructure at the depot.

A June 2019 government report claimed that military leaders haven’t done enough to prepare bases — including Parris Island — for climate change. In less than a year, the report said, three bases sustained more than $9 billion in hurricane and flood-related damage.

A new $475,128 project, announced this week, is seeking to study the natural disasters that peril Parris Island — most of the island’s 8,095 acres are marshland — and create a plan to install new structures on the base to prevent damage and protect the base’s future.

The study is spearheaded by the Lowcountry Council of Governments. The U.S. Department of Defense’s Office of Economic Adjustment provided a 90% grant for the project and local governments in Beaufort County, the City of Beaufort and the Town of Port Royal have agreed to split the remaining $47,513.

Protecting the area’s resources in response to natural hazards will be the main goal of the review, Rossi said.

“Although it may not be possible to contain natural disasters and long-terms conditions such as sea level rise, it is possible to plan and make changes in physical structures and in procedures in order to safely accommodate and prevent damage, and even potential loss of mission,” Rossi said in a statement to the Island Packet and Beaufort Gazette.

The base at Parris Island is the bedrock of Northern Beaufort County’s economic and social life.

When news of the base’s potential closure spread across the county in September, Robb Wells, president and CEO of the Greater Beaufort-Port Royal Convention and Visitors Bureau said the closure would be a “pure economic catastrophe.”

“Millions upon millions would effectively disappear from the tourism economy in a blink,” he said.

Although Rossi said the Military Installation Resilience Review is not in direct response to Parris Island’s potential closure, she said the base’s surrounding communities will be a key part of the study.

“Infrastructure provided locally includes sewer and water treatment and distribution facilities, as is electrical power, and the roads and bridges that provide access to Parris Island and the Air Station,” Rossi’s statement said. “The surrounding communities also supply a large share of the medical care, residential, social, economic, educational (from pre-school to post-secondary), retail and other services for the military population.”

The study, which is expected to be complete in February 2022, will determine what “changes and improvements” are needed in the area, Rossi said, and help officials decide how to implement those recommendations to “ensure that MCAS Beaufort and MCRD Parris Island are able to continue their operations successfully.”

This article is written by Kacen Bayless from The Island Packet Online and was legally licensed via the Tribune Content Agency through the Industry Dive publisher network. Please direct all licensing questions to legal@industrydive.com.

© Copyright 2020 The Island Packet Online. All rights reserved. This material may not be published, broadcast, rewritten or redistributed.