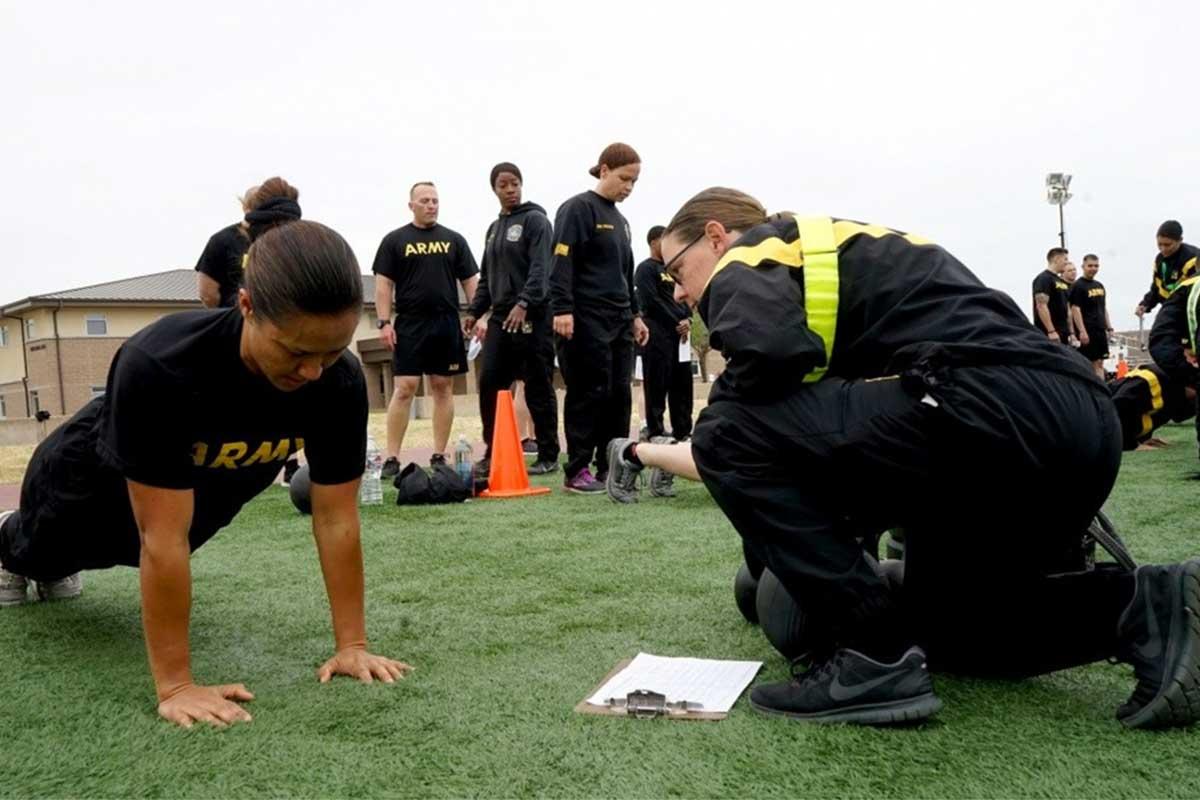 An advocacy group for women veterans sent a letter to Congress this week, urging lawmakers to stop implementation of the Army Combat Fitness Test (ACFT) until the service completes an independent study of the new assessment’s potential impacts on female soldiers.

The Service Women’s Action Network (SWAN) issued a letter to the leaders of both the Senate and House Armed Services Committees, requesting that they retain a provision in the fiscal 2021 National Defense Authorization Act that would halt the ACFT until an independent study is conducted, according to a news release from SWAN, a national nonprofit group that advocates for the needs of servicewomen and female veterans.

The Army unveiled its plan to replace the current three-event Army Physical Fitness Test with the more challenging, six-event ACFT in July 2018. It authorized all soldiers in the active, National Guard and Reserve force to begin taking the ACFT as of Oct. 1.

SWAN wants an independent study to assess multiple factors, such as the probable impact of the ACFT on accessions and retention, the risks of soldier injury and, “particularly, its impact on the career prospects for women and older soldiers,” according to the release.

In mid-October, Sens. Kirsten Gillibrand, D-N.Y., and Richard Blumenthal, D-Conn., also sent a letter to leaders of both armed services committees, calling for a similar study to be conducted before the Army continues the ACFT. Gillibrand and Blumenthal say the study should assess whether the test is fair to both men and women, and whether it sets unrealistic requirements for those serving in fields with few physical demands, such as medical personnel, judge advocates or cyber specialists.

SWAN officials described the “precipitous” launch of the ACFT on Oct. 1 as “hasty — even rash — because too many otherwise qualified soldiers are failing elements of the test,” according to the release. “The premises undergirding the ACFT are that every soldier is a warrior first, that superior physical strength is singularly critical in battle and so is demanded of every soldier — no matter their [military occupational specialty].”

SWAN officials said they believe muscular strength and endurance are necessary for success in battle, but other qualities such as “ethical and mental” capabilities are just as important.

“We are concerned that the considerable time and effort each soldier will have to commit to reaching and maintaining the high levels of strength the ACFT demands — especially over a career that spans 20 or 30 years — will reduce emphasis on other attributes important in combat such as leadership, trust and teamwork,” according to the release.

SWAN also argues that less than 50% of women passed the ACFT in the third quarter of 2020, partly due to the methodology the Army used to standardize the test, the Baseline Soldier Physical Readiness Requirements Study. The average requirements study participant was a 24-year-old male. Additionally, the study, which the Army claims is 80% predictive, included only 16 women, all volunteers with an average age of 23, according to the release.

“A fitness test that is so clearly biased simply cannot move forward without further review from an independent study that assesses all possible impacts of the ACFT,” Deshauna Barber, CEO of SWAN, said in the release. “If not further reviewed, the implications of implementing the ACFT can have irreparable damage to the diversity of talent in our Army.”

Maj. Gen. Lonnie Hibbard, commander of the Center for Initial Military Training, which is overseeing the ACFT, said in 2019 that the Army was “seeing a difference in failure rates,” between men and women taking the gender-neutral ACFT.

But he added that he was confident the scores for both men and women would improve over time.

When contacted by Military.com, Army officials said the ACFT “is necessary for the readiness of our Army.”

“The ACFT marks a change in our Army’s fitness culture and will result in a healthier, stronger and more physically resilient force,” according to a written statement from an Army spokesman.

Before moving forward with the ACFT, the Army completed a yearlong field test in late September 2019 that involved 63 battalions of active-duty, National Guard and Reserve soldiers.

The Oct. 1 start of the ACFT ended a six-month suspension of all fitness testing to prevent the spread of COVID-19. The scores that soldiers receive will be for data collection only and will not count until 2022. Army officials have said.

At first, Army senior leaders told soldiers that failing the ACFT was not an option. In 2018, then-Army Chief of Staff Gen. Mark Milley said that if a soldier could not pass it, “then maybe you should hit the road.”

Army leaders are now challenging all soldiers to pass a version of the assessment, known as the ACFT 2.0 but stress that the scores will not count against troops as the service continues to collect data on their scores.

“No administrative actions will be taken against current or future soldiers for not meeting ACFT standards during the data collection period over the next 12-18 months,” according to the statement. “The results from these tests will be used to help Army senior leaders develop data-informed policy decisions moving forward, which will inform any adjustments that may be needed for the ACFT.”

The ACFT 2.0 still consists of six events: the maximum deadlift; standing power throw; hand-release push-ups; spring, drag and carry; leg tuck; and two-mile run. But the Army has added an alternative plank event for soldiers who struggle to perform the minimum requirement of one leg tuck.

The plank event — which requires soldiers to perform the exercise for a minimum of two minutes — is intended as a temporary bridging exercise to build core strength, Army officials have said.

Related: It’s Official: The ACFT Is Now the Army’s Fitness Test of Record