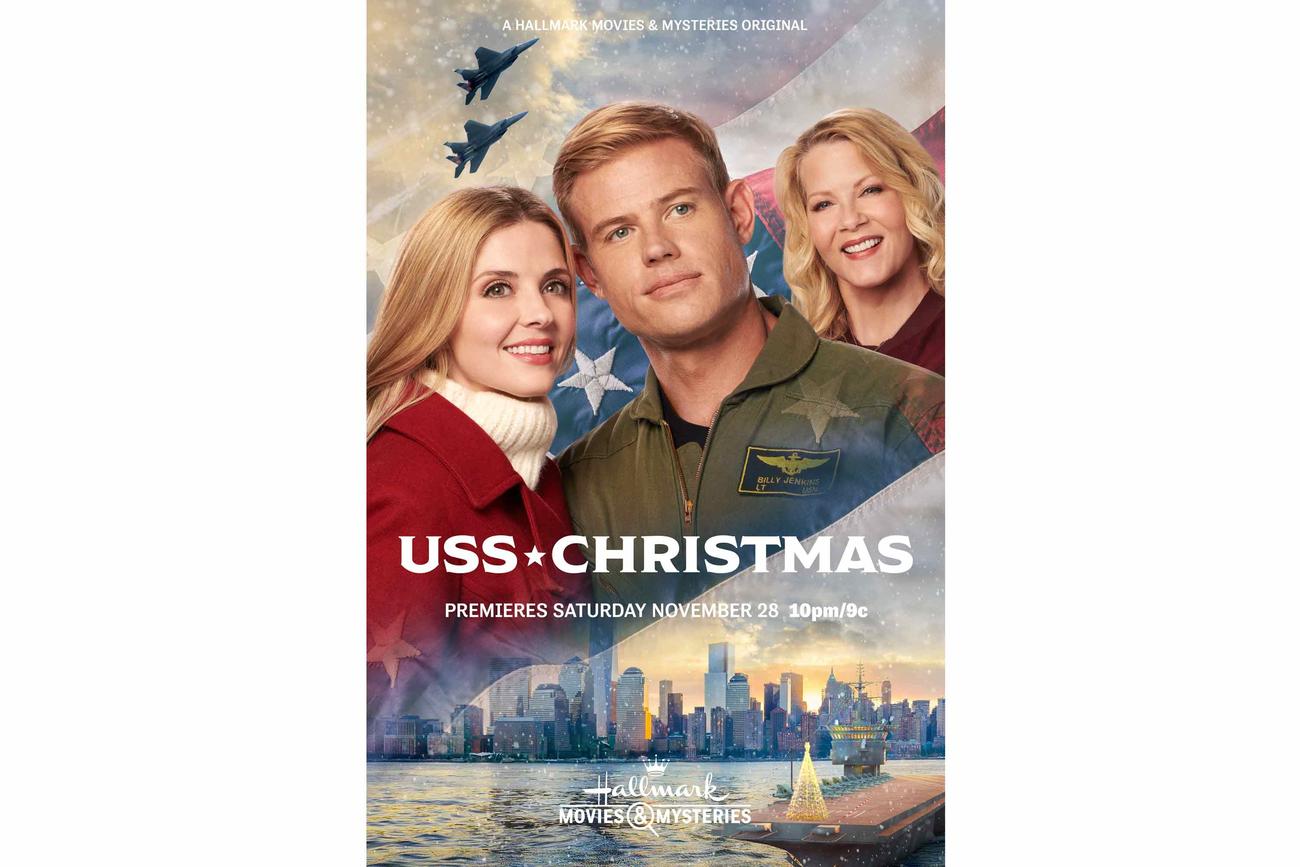 A Navy fighter pilot who goes by the call sign “Grinch” and whose hair is a bit too long is at the center of a new Hallmark holiday movie that will premiere over Thanksgiving weekend.

“USS Christmas” will air on the Hallmark Movies and Mysteries channel Nov. 28 at 10 p.m. EST, the network announced on Veterans Day. The movie, which was shot this fall on the World War II-era aircraft carrier Yorktown, takes place during Christmas time in Norfolk, Virginia, and features a family tiger cruise.

“We were incredibly fortunate to have the opportunity to film on board the awe-inspiring aircraft carrier,” Ron Del Rio, senior manager of network program publicity at Crown Media family networks, said in a statement. “… We were also able to partner with the USO, an organization that does such amazing work, and really gave the movie an authentic look and feel.”

The movie stars Trevor Donovan as Lt. Billy Jenkins. Donovan starred in the teen drama “90210,” and appears alongside Jen Lilley of “Days of Our Lives,” who plays Maddie Johnson, a Norfolk-based reporter and Navy sister who’s on the ship during a holiday tiger cruise.

Promo materials describe Donovan’s character as career-focused with a chip on his shoulder. In classic Hallmark-movie style, he’s seen in the trailer telling Lilley’s character that Christmas is “overrated.”

Then, Lilley’s character finds a journal from a sailor who’d fallen in love on his own tiger cruise 50 years earlier, and the reporter sets out to see how things ended.

Lilley tweeted the “USS Christmas” movie poster this week, saying she has always been in awe of service members and their families.

“When I got the script for my Christmas movie this year, I cried,” she said. “Tears of gratitude and tears of responsibility. I hope I do you justice.”

Hallmark invited active-duty Navy personnel and veterans to appear as extras in the movie. Del Rio did not respond to questions about how many they hired.

Chris Hauff, a spokesman for the Patriots Point Naval and Maritime Museum in Charleston, told Military.com ahead of filming that he hopes people are interested in visiting the Yorktown after seeing it featured in “USS Christmas.” The museum has been hit hard by sharp declines in tourism during the coronavirus pandemic.

“This couldn’t have come at a better time,” he said. “It creates a whole new market for us and brings in new people that may not know much about the Navy at all.”