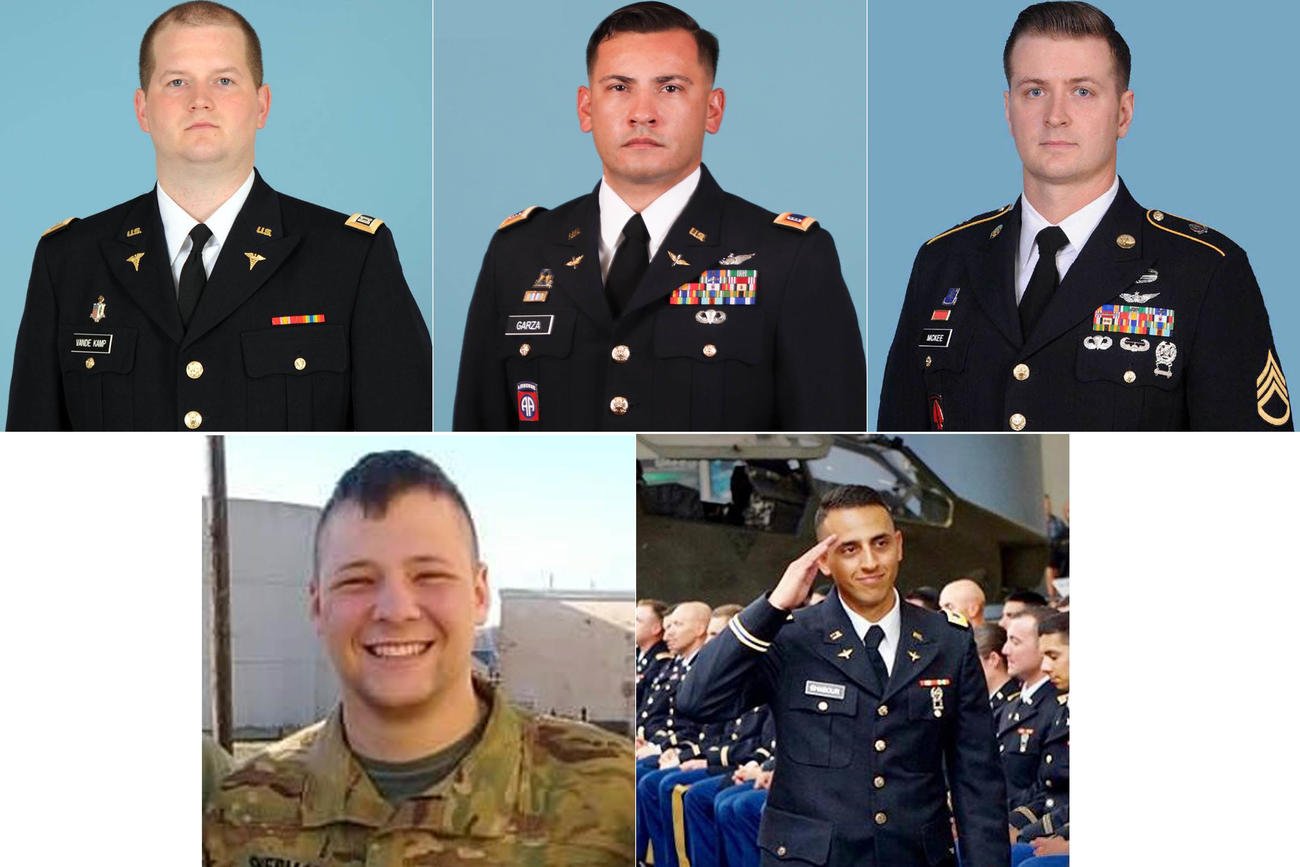 Five U.S. soldiers who died when their UH-60 Black Hawk helicopter crashed in Sinai, Egypt on Nov. 12 have been identified.

The soldiers were participating in a Multinational Force and Observers deployment, part of routine efforts to supervise conditions of the Egyptian-Israeli Treaty of Peace. Seven uniformed MFO participants were killed in what is believed to be an accidental crash, including one Czech and one French service member; one additional U.S. service member was injured.

Killed in the crash were:

According to information provided to Military.com by U.S. Army Central, four of the soldiers were assigned to Aviation Company, Task Force Sinai, the U.S. headquarters of the mission; one was assigned to the task force’s Medical Company.

Vandecamp, an Army doctor, was on his first deployment and had arrived in Egypt in October, according to released information. His awards include the Army Commendation Medal and Army Achievement Medal.

Ghabour, also a Black Hawk pilot, had commissioned as a warrant officer in 2018 and was on his first overseas assignment. His awards include the Army Aviation Badge.

McKee, a UH-60 repairer, had enlisted in the Army in 2003 and arrived in Egypt in July. He had previously deployed to Korea, Afghanistan and Iraq. His awards include the Air Medal, Army Commendation Medal, Army Achievement Medal and Combat Action Badge.

Sherman, a UH-60 crew chief, had enlisted in 2015 and arrived in Egypt in October. He’d previously deployed to Korea and Afghanistan. His awards include the Army Commendation Medal and Army Achievement Award.

“It is with profound sadness that we mourn this tragic loss of life,” Col. David S. Sentell, commander of Task Force Sinai, the U.S. mission headquarters, said in a statement. “Our thoughts and prayers are with the families, friends and loved ones of our fallen during this most difficult time. They should know that their nation will continue to honor their sacrifice.”

In a tweet Saturday, Pentagon spokesman Jonathan Rath Hoffman acknowledged the loss of the soldiers, saying the whole Defense Department “grieves alongside the friends and family of the service members killed this week in Sinai.”

According to information previously released by MFO, the soldiers in the helicopter were on a routine mission near Sharm el-Sheikh, Egypt when the aircraft went down. The tragic crash is still under investigation.