Enlisted Sailors on Carriers Are at Higher Risk for COVID-19, New Study Shows 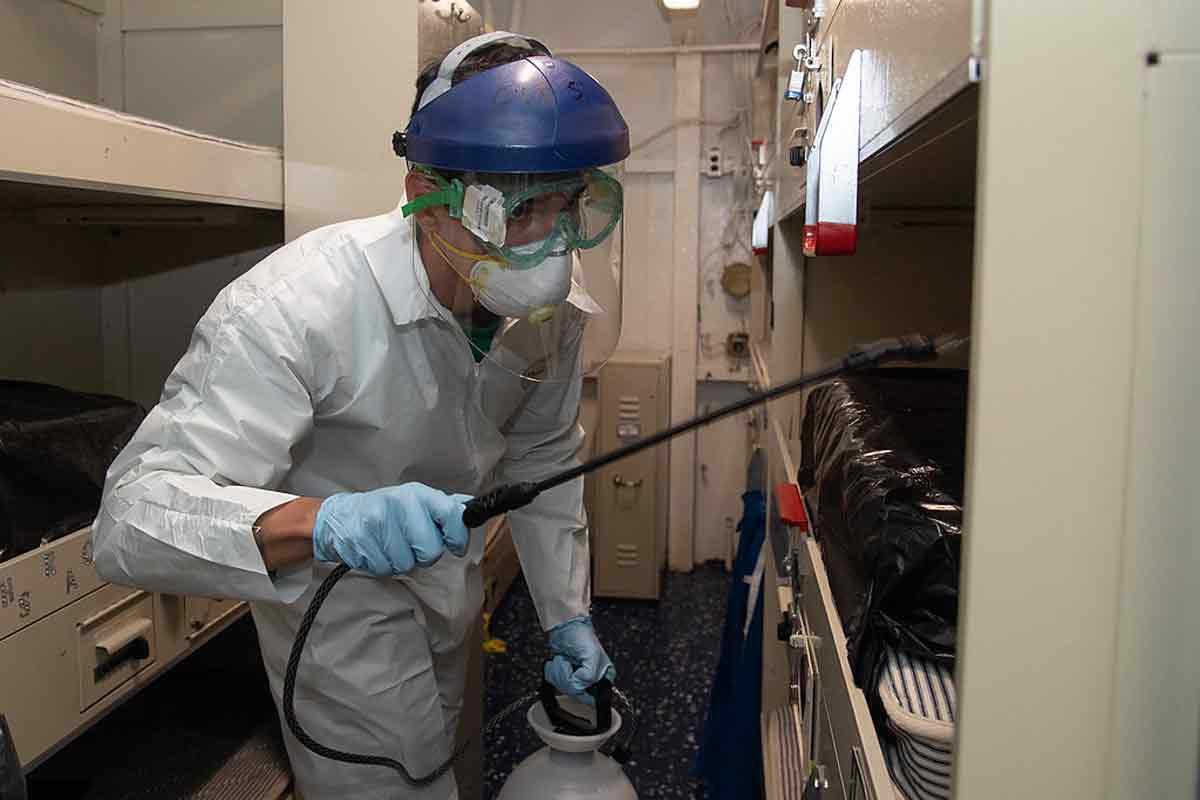 Coronavirus cases are more likely to spread among enlisted crew members on Navy ships, a new study released this week found, due to the sailors’ tight living and workspaces.

Enlisted sailors on the aircraft carrier Theodore Roosevelt were more likely than officers to have confirmed or suspected cases of COVID-19, a study published this week in the New England Journal of Medicine found.

Not only do enlisted personnel make up the bulk of the Roosevelt’s crew at about 90%, but they also “sleep in open bays packed with dozens of tightly spaced bunks, work in densely populated areas, and congregate in gathering points such as the gyms and galleys,” the study states.

Read Next: New DoD Adviser Has Made Controversial Proposal: Get Rid of the Marine Corps

“These conditions probably facilitated the transmission of [the virus], as evidenced by the higher likelihood of COVID-19 among enlisted crew members than among officers,” researchers found.

Sailors working in closed spaces — including in reactor, engineering, supply or weapons departments — were more likely to have the illness than those who spent more time in open-air conditions, the study found. Some of the first positive COVID-19 cases on the Roosevelt were from the reactor department.

The findings match what experts have said about the likelihood for the virus to spread faster indoors than outside, where it can dissipate. The study also found that those in the medical department who wore personal protective equipment had a somewhat lower “attack rate” despite the personnel being exposed to infected patients in small spaces.

Aside from tight quarters, disease spread by pre- and asymptomatic crew members was another big challenge.

“Nearly half of those who tested positive for the virus never had symptoms,” the study found.

A separate military study on COVID-19 among Marine recruits at Parris Island in South Carolina also highlights the challenge of catching asymptomatic cases. In a study of more than 1,800 recruits there, daily temperature checks and symptom monitoring failed to identify all the positive cases.

Fifteen of the 16 recruits who tested positive for the virus within two days of their arrival showed no COVID-19 symptoms.

“Most recruits who tested positive were asymptomatic, and no infections were detected through daily symptom monitoring,” the study says, which could mean that temperature checks and symptom screenings in some colleges, theme parks and workplaces won’t catch all positive cases.

Researchers say the lessons from the Roosevelt and Parris Island studies can be applied to some civilian settings where people live or work in tight quarters, such as college dorms, nursing homes or meat-packaging plants.

The studies’ findings might point to the need for quarantine periods to last longer than two weeks, a doctor wrote in the medical journal following the report, considering that cases were still emerging among Marine recruits at Parris Island more than 14 days after they arrived.

“The results of this study show that the ability of screening procedures to detect infection before and after quarantine needs to be strengthened,” the paper states.

Related: 6 Big Takeaways from the Full Navy Investigation into a Carrier’s COVID Outbreak