The Hidden Costs of PCSing Explained 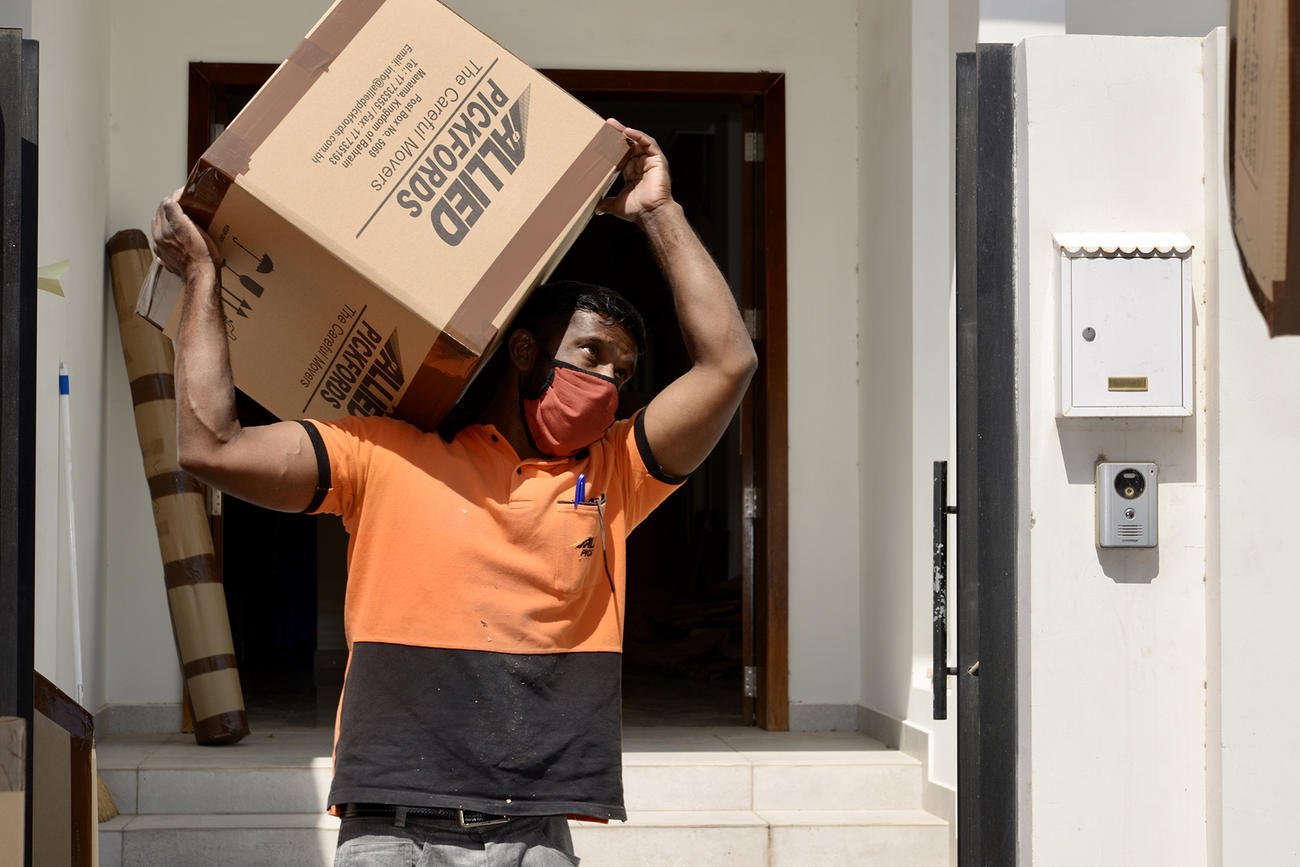 Military families know that, when move season comes, we must brace for the stress of strangers coming into our house and packing up our stuff — and for the potential nightmare that will happen on the other end.

We purge food items before a move and replace things we can’t bring with us.

And those costs don’t even start to capture the damages we face.

In an attempt to provide an estimate of costs for each permanent change of station move so you can start planning ahead, we asked fellow military families what they spend out of pocket during a PCS. About 150 people wrote in to share what they replace each move and the approximate costs. That includes me, as my family just weathered a cross-country move.

Some things need to be replaced each time you move; others are going to be once every 10 years or only if damaged. But those still add up. We have estimated prices from stores that have locations almost everywhere, as well as an online presence. Ready, set, insert chip card here.

Hidden Costs in the Kitchen

Spices. You may find your movers pack everything, and you may find they pack nothing. So whatever is left over, you have to pass, along with your condiments, to a neighbor, which means you’re replacing everything on the other end.

Estimated cost: At an average of $3 a spice, approximately $30.

Pantry items. That oil you got at the farmer’s market and the spice mix you picked up during the holidays — those won’t be packed. While some moving companies may pack pantry items, things like oil and vinegar do not mix in shipments and somehow always spill, so they’re not even worth putting in your shipment.

Sponges. Ew, just trust us on this one. Not that movers won’t or haven’t packed them. But let’s pretend the movers didn’t pack them, and you have to replace them.

Storage containers. Moving may actually help with culling plastic and glass containers missing their corresponding lids. But it is an additional cost to start over with new working containers.

Cutting boards. Plastic and wooden cutting boards can be packed up, but more than 50% of the survey respondents decided to start over with these each move.

Hidden Costs in the Bathroom

Bath mats. Avoiding packing a wet bath mat means it’s time to get a new one. And we want them in the new house as soon as we get there. Plus, they’re considered “cheap” so it’s not a big deal. Until it starts adding up.

Toilet bowl brush and plunger. Can we just agree that anything that touches your toilet bowl does not need to be packed in a box ever? Gross. These are on the “must replace list,” along with sponges. If you replace nothing else, replace these every move.

Potential Hidden Costs for the Home

The following items aren’t required, or even always recommended, but they are replaced by a large percentage of military families, so we included them here.

Curtains. You earn a badge as a military spouse when you start moving with a box of curtains, right? Well, only if you can magically turn them into exactly what you need. Each house means new window sizes, and if you move outside the continental U.S., there are different hooks or curtain rods, adding to the surplus of curtains for each move. While we dig into the curtain box, oftentimes we have to purchase new coverings for the odd-shaped round window or the one in the historic window frame. Sheers can run as low as $5 a set, but curtains can be pricey if you have long or odd windows.

Curtain rods. The necessary accoutrement to curtains are the rods. Rods, hardware, pressure rods or double rods may be needed to provide privacy or the setting required for getting some sleep. You’ll almost certainly need new ones for each house.

Trash cans. While the movers may pack your trash cans, you really don’t want to use them after they sat in a crate or moving truck for three months. A new house equals new trash cans.

Broom and mop. Even if these get packed, they seem to go missing on the other end, which means they will be purchased again. Unless you have a super fancy mop — some of us do, we don’t judge — you’ll want to replace it each time.

When Your New House Looks Nothing Like Your Old House

There are a million reasons to buy new things when you move, but one of the main ones is that your new house is absolutely nothing like your old one. There may be carpet vs. hardwood, an extra bedroom for a guest bed, or one less bedroom, which requires bunk beds. Overseas homes come with washers and dryers, but the new one back in the States doesn’t.

Area rugs. Warehouse stores have deals on rugs, but these are seasonal. So, if you don’t move during “rug season,” you have to buy off season. (Why is there a season for rugs?)

Bed linens. Because, of course, you have nothing to fit that guest bed.

Mattresses: Quite honestly, the abuse mattresses see with each move doesn’t help their longevity.

Washer/dryer: Each move means a different house. Each house may have different hookups. Gas? Electric? Well, they may not have both, and that will change the type of dryer you purchase. Buy, wash, dry, sell, repeat. Don’t forget to ask for the military discount at Lowe’s or Home Depot when you purchase.

The Hidden Costs of the Actual Move

Replacement of items. This varies wildly. In our survey, one military family reported that $30,000 in dive equipment went missing. The replacement costs are at the mercy of the moving company, and they typically do not cover them in full, so any difference will have to be covered by you.

Estimated cost: Depends on the item.

Kennel costs. You can’t have the pets around when movers have all the doors open and are in and out of the house. This past PCS year proved even more challenging as some packing teams took three days, with a separate load day. That could mean four days of Fido going to doggy daycare if you don’t have the ability to keep him safe while the movers are there.

Child care. Keeping your two-year-old entertained while the movers pack up their playhouse is not an easy task. Sometimes, the cost for a sitter or child care is worth it so you can focus on what the movers are doing and whether they need direction. This becomes key when you get to your new location and have to listen to the movers call out tags to determine whether things are missing!

Estimated cost: At least $10 per hour.

Home and auto insurance: Each move is to a different ZIP code. Each ZIP code comes with its own potential increase in cost. To appropriately budget ahead of time, call your insurance company to get estimates for the new location. Then, start calling other companies. The amount you pay could range from $200 to $800 more, depending on your location, home size, vehicles and number of drivers.

This list is by no means comprehensive, but it is a representation of what military families around the world say they have paid with each move. According to our survey, costs can range from $1,650 to $3,800.

Saving specifically for a PCS can help you deal with the related large costs every few years.

And keep up-to-date with moving policies on Military.com and your service branch’s messaging system.

Heather Walsh is a Marine spouse and mom of two who just completed a cross-country PCS during a pandemic. She grew up a Navy brat and loves all things crafty and Disney. You can follow her adventures on MilMomAdventures.