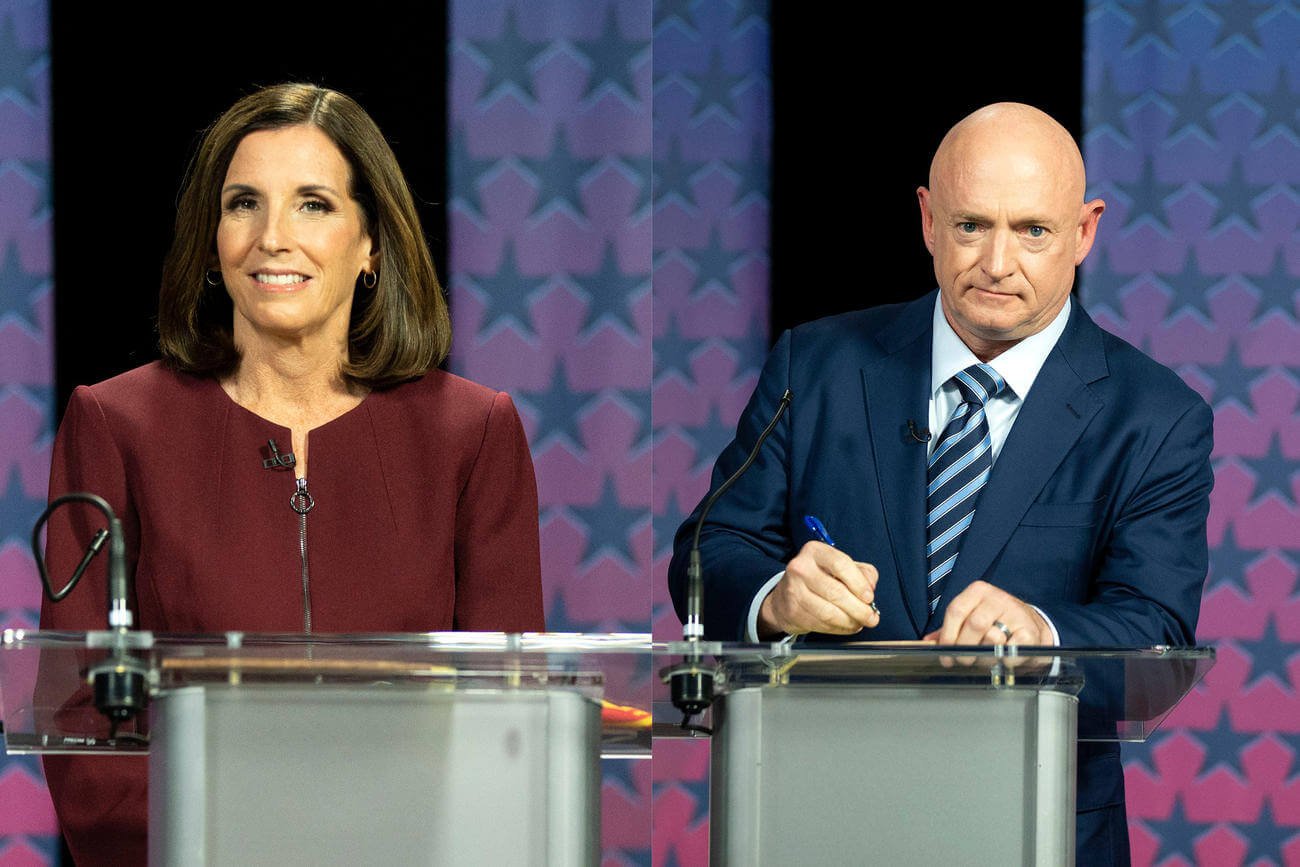 Kelly, a retired U.S. Navy captain who flew 39 combat missions during Operation Desert Storm and is better known for his work as a NASA astronaut, beat McSally in the state’s special election, according to Fox News’ election tracker. Kelly maintained a steady lead of roughly 10 points over McSally as precincts reported votes, per the New York Times.

“Tonight is about getting to work,” Kelly said during his speech early Wednesday morning, broadcast via YouTube. “This mission has never been mine alone,” he added. He thanked his family for their support throughout the race, notably his wife, former Arizona lawmaker Gabrielle Giffords, and twin brother Scott Kelly, also an astronaut.

“This mission does not end when the last vote is counted — it is only the beginning,” he said, crediting the late Sen. John McCain as a reason to run for office.

“He left a legacy of service to each other, to Arizona and to our country that will never be matched,” Kelly said, adding he would work to uphold his legacy in Congress.

McSally had not issued a statement by press time.

In military circles, McSally is best known for her fierce support of the beloved A-10 Warthog, and was the first female Air Force pilot to fly in combat in the aircraft in 1995. She retired as a colonel in 2010 after serving for 22 years, but not without struggle: McSally first revealed last year that she had been raped as a junior officer.

Even before the revelation, she petitioned the Pentagon for years to improve existing processes to address sexual assault, among other changes to accountability to protect troops. A member of the Senate Armed Services committee, McSally has voted to prevent proposed cuts to the A-10 fleet, for sexual military assault reform, among other issues.

While Kelly hasn’t disclosed his views on matters like aircraft fleet cuts or military sexual assault policies so far, he has openly opposed the creation of the United States Space Force, and described what he plans to accomplish for the veteran community.

“One of the most important things we can do for veterans is to get them resources and guidance that will help them find success,” he said. Kelly also made a plea for improved healthcare and shortened wait times at Veterans Affairs hospitals and clinics.

“In the Navy, when we faced problems, we didn’t sit and argue about politics — we worked as a team to get the job done,” he wrote. “We need leaders who can put politics aside and work together to solve these problems for our veterans.”

After I Received the Medal of Honor, the Hardest Battle of My Life Began
Deaf and Blind Chef Lands His Dream Job at Marine Base