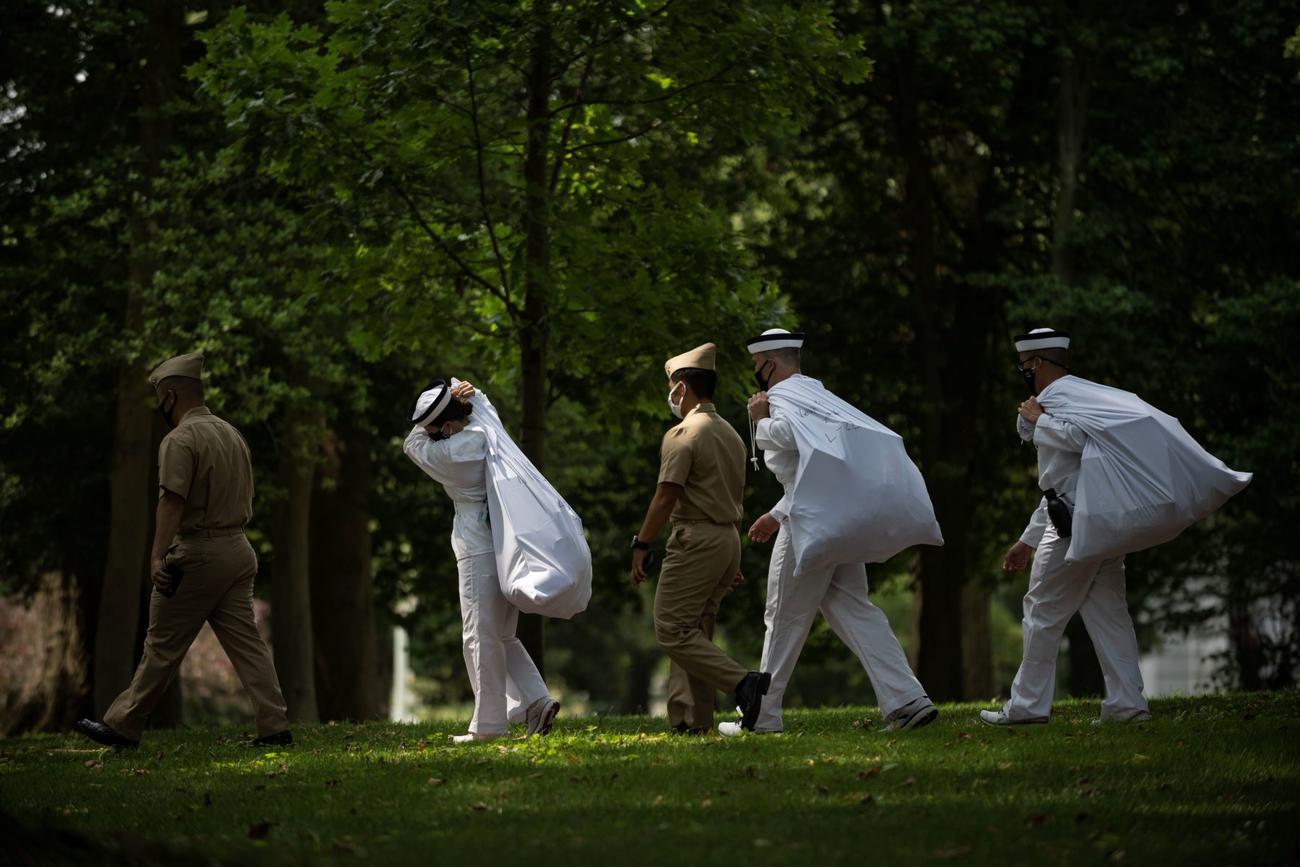 St. John’s College was awarded more than $1 million to house Naval Academy midshipmen as Bancroft Hall’s capacity was limited by coronavirus quarantine and isolation, according to documents The Capital obtained through a Public Information Act request.

A contract from August shows that the total award amount for the dorm rooms and space at St. John’s was $1,119,095.40. It is unclear if that is how much the Naval Academy ultimately paid.

Cmdr. Alana Garas, spokesperson for the academy, confirmed that it paid all sums owed to St. John’s, but it would not comment on the amount paid. St. John’s did not return multiple requests for comment.

The Naval Academy is using the space to house around 380 midshipmen. Usually, all midshipmen would reside at Bancroft Hall, but due to coronavirus policies, a portion of the dormitory building is being used to isolate midshipmen who have COVID-19 or were exposed to someone with the disease. This includes any midshipmen housed at St. John’s who might get sick.

At St. John’s, the 380 midshipmen were lodged no more than double to one room. Two military liaisons were also housed at St. John’s, but they had their own rooms.

“The USNA berthing/housing arrangements for Midshipmen on the Yard do not provide the necessary space to practice social distancing in accordance with the guidelines of the [Centers for Disease Control and Prevention],” according to the justification and approval document. “Additionally, it is critical that Midshipmen remain isolated from the general public to the best extent possible to avoid potential contact with the virus.”

As part of the contract, St. John’s needed to provide the dormitory space, high speed internet, a vending area, coffee shop access, a common area with refrigerators, self-service laundry and free on-site parking for military liaisons. The parking needed to be 10 spaces.

While self-service laundry needed to be available, the government would not pay for it, according to the contract.

The contract also required St. John’s to provide multiple rooms for study space or classroom use. Space must be available 24 hours a day, seven days a week.

After the academy’s football team had to cancel its Saturday game against Tulsa because midshipmen tested positive, Garas confirmed there is a small number of positive coronavirus cases on the Yard among the Brigade of Midshipmen. After contact tracing was conducted they identified and quarantined midshipmen.