Why Navy ‘Shooters’ Launch Their Boots Off of Flight Decks 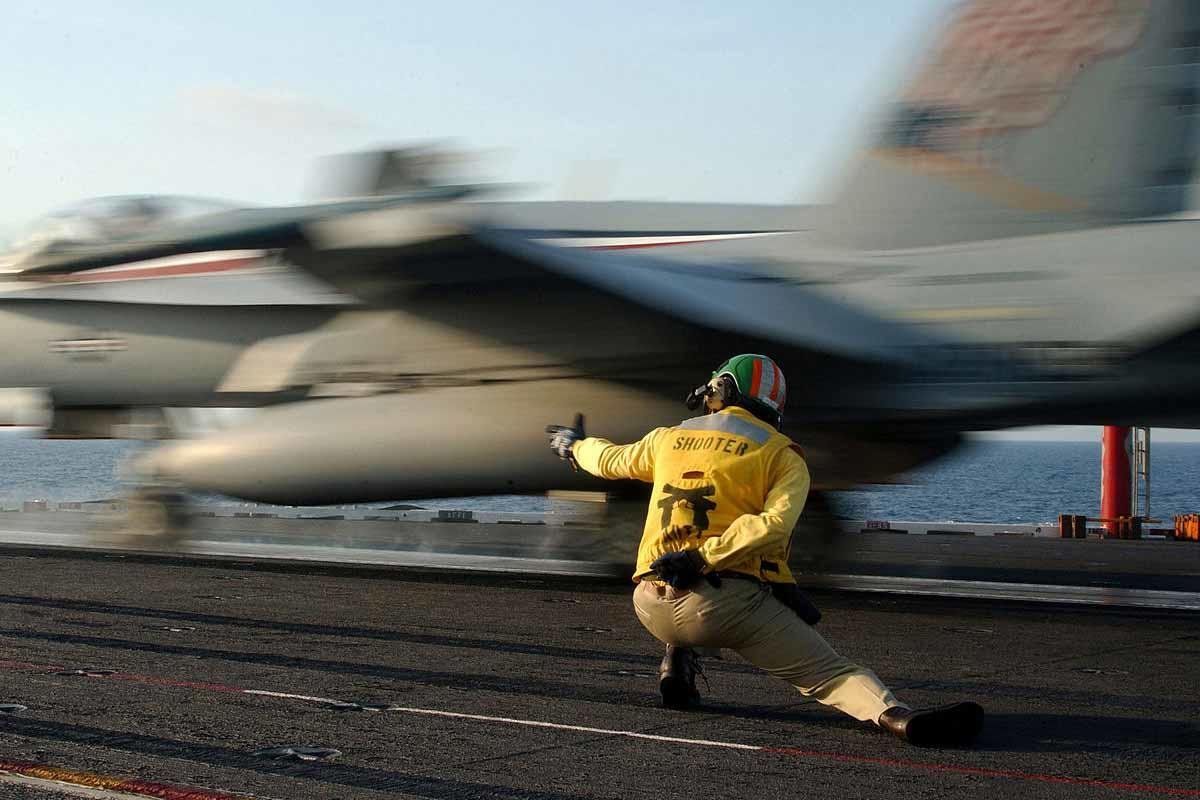 One of the most recognizable careers in the U.S. Navy could be that of a carrier flight deck catapult officer, perhaps known best as “shooters” for the distinctive pose they make when signaling the pilot to take off.

Shooters are often naval aviators or flight officers themselves, and oversee preflight checks on the departing aircraft and the operations of the catapult. And occasionally, they launch their own boots off the flight deck.

There’s a lot to consider when taking off from a carrier: wind speed, wind direction, the speed of the jet taking off and the amount of steam needed in the catapult to get the plane up to that speed.

When the entire catapult system is inspected, including the jet-blast deflector, the shooter inputs calculations for wind to determine how much steam is needed to launch aircraft. Then, the shooter tells the pilot that takeoff is a go.

A great deal of training and education goes into being a shooter. Naval officers will spend as much as six months in training for the job — on top of the training required of a naval aviator.

“If you’re going to come to a carrier as a pilot and not fly, shooting is the best job you can have,” Lt. Kacee Jossis told DoD News. “I really enjoyed working with everyone in the air department.”

There are a lot of naval traditions, even in the modern service.

Many people are aware of the Shellback Ceremony, where young Pollywogs become the Sons of Neptune. Some know about sailors joining the Order of the Blue Nose when crossing the Arctic Circle.

The “boot shoot” might be a lesser-known tradition, but it’s one of the most personal.

When the shooter’s tour is up and they’re off to another command, a special ceremony is held.

As a final goodbye, the departing catapult officer removes their boots and affixes them to the steam-powered catapult on the flight deck. Once connected, the shooter gives the go-ahead, and his or her boots are launched off to the side, never to be seen again. Presumably.

“For my last shot on the flight deck, I was able to shoot my boots to signify my completed tour as a shooter,” Jossis said. “It was a nice way to send me off and onto my next command.”

But what happens to boot speed after a catapult system upgrade? There is no word on what changes or upgrades need to be made to shooter’s boots once the Navy upgrades to electromagnetic catapults. It is believed the boots will fly faster and further.