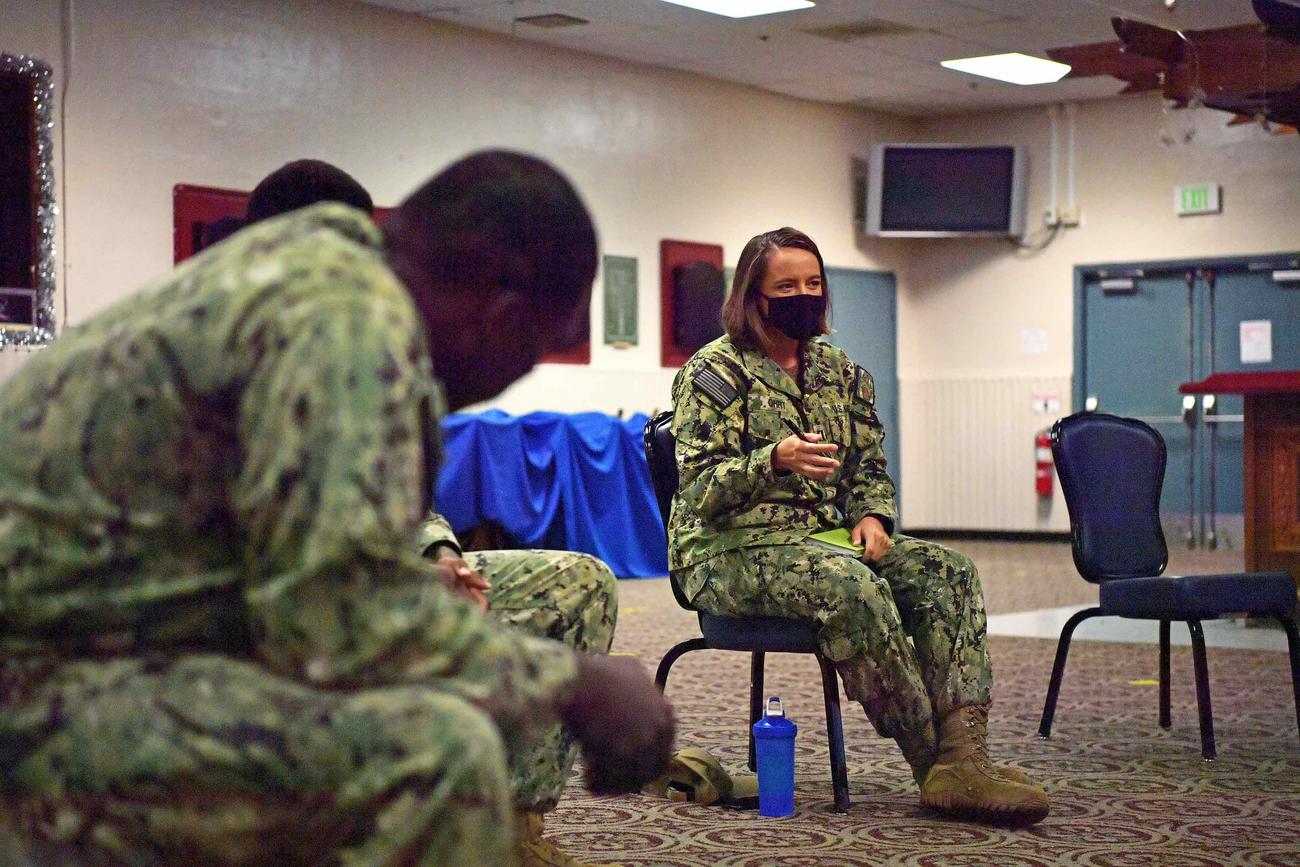 Navy Secretary Kenneth Braithwaite issued an administrative message Thursday ordering the Navy Department to suspend all civilian and military personnel training relating to diversity and inclusion. The directive follows a September executive order from President Donald Trump to “combat any offensive and anti-American race and sex stereotyping and scapegoating.”

That includes a ban on military training that suggests the U.S. is an “irredeemably racist and sexist country,” according to Trump. Braithwaite said this week that, before the sea services resume diversity training, they must submit requests to the assistant Navy secretary for Manpower and Reserve Affairs for certification

None of that will affect the work of Task Force One Navy, though. The task force was created this summer as Americans across the country took to the streets following the high-profile death of George Floyd, a Black man who died in police custody.

The team is examining everything from recruiting practices to promotion systems and military justice practices that have unintentional racist, sexist or other discriminatory consequences. Since Task Force One Navy, or TF1N, doesn’t conduct any training, though, its mission is not affected by Braithwaite’s directive, said Cmdr. Dave Hecht, a spokesman for the chief of naval personnel.

“TF1N continues to conduct listening sessions to identify areas in our Navy that detract from readiness, such as racism, sexism and other structural and interpersonal biases,” Hecht said. “Listening sessions being conducted by individual commands, along with Equal Opportunity and Equal Employment Opportunity training, will also continue.”

The task force has another listening session scheduled for Monday with female enlisted sailors and officers. The team has been hosting the discussions with personnel across the fleet before making recommendations to service leaders about potential problems.

Defense Secretary Mark Esper directed a similar review of policies Pentagon-wide, which has already led to the end of photos being used in promotion considerations and a review of grooming standards.

White House policies have clashed with some Pentagon efforts in the wake of Floyd’s death. Army officials said earlier this year they were open to discussion about renaming bases that honor Confederate leaders, but Trump has said he won’t support the move.

Sailors and officers participating in Task Force One Navy discussions have been candid about their past challenges. The team’s final recommendations are due to top Navy leadership next month.

Navy Awards $9.47 Billion to Start New Class of Nuclear Submarine
Why Navy ‘Shooters’ Launch Their Boots Off of Flight Decks