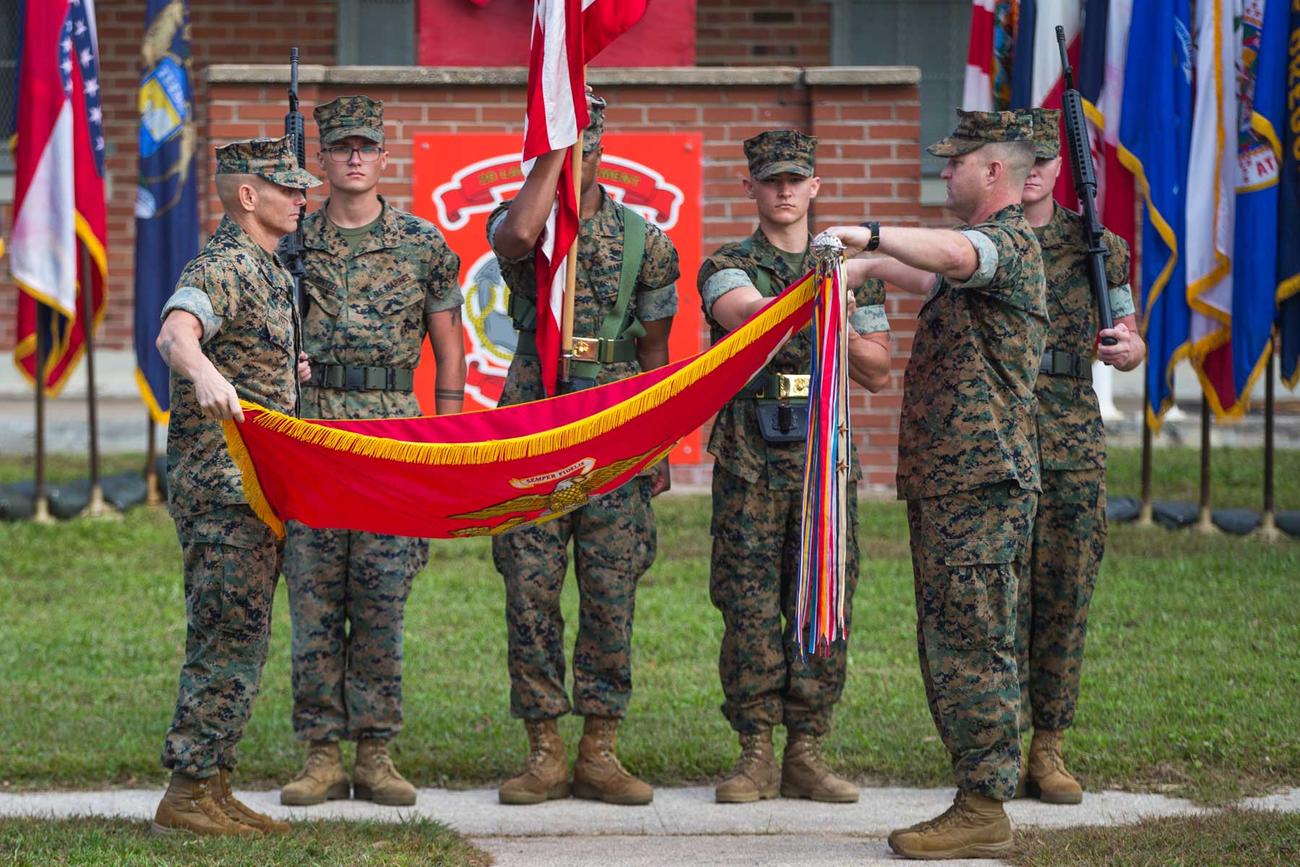 Another Marine Corps unit cased its colors this month as it prepares for an upcoming deactivation.

Leaders with 2nd Law Enforcement Battalion retired the battalion’s colors last week during a ceremony at Camp Lejeune, North Carolina. The unit is one of several shutting down this year as the Marine Corps makes big changes as part of a force-wide redesign.

The battalion is expected to deactivate on Dec. 17, according to a Marine Corps news release, but the unit’s commanding officer said it may not be forever.

“Take a look at our lineage, and just know that we’ll be ready when the time comes,” Lt. Col. Thomas Turner said. “We are not a legacy battalion, but a battalion with a great legacy. For one final time, Guardian Six out.”

Designated 2nd Law Enforcement Battalion in 2011, the unit’s roots date back to World War II. It was first created as Headquarters Company, 2D Military Police Battalion in 1945, and was assigned to Fleet Marine Force, Pacific. The unit remained active until May 1946, when it was first deactivated.

It was then stood back up just weeks after the Sept. 11, 2001, terrorist attacks. The Marines with 2nd Military Police Battalion were assigned to 2nd Force Service Support Group out of Camp Lejeune.

Members of the battalion deployed to Iraq between 2003 and 2005, before deactivating for a second time in April 2006, according to the unit’s official history.

But in September 2011, a Marine Corps bulletin called for each Marine expeditionary force to activate military police battalions. The unit reactivated as 2nd Law Enforcement Battalion on June 26, 2012, and was assigned to II Marine Expeditionary Force’s headquarters group.

“This capacity is excess to our current needs, which can be met by the remaining force with some adjustments in current operational practice,” the Force Design 2030 plan adds.

The plan also cuts tank units, infantry battalions and other forces as the Marine Corps shrinks in size to focus on the new gear that Berger says the force needs to take on more sophisticated adversaries. Investments will include more rocket artillery batteries and unmanned technologies.

Other units have been reactivated as part of the plan, including 2nd Landing Support Battalion, as the service prepares for more missions in the Asia-Pacific region.

Members of 2nd Law Enforcement Battalion have supported missions and training exercises in the Middle East, Africa, Europe and at sea since its most recent reactivation.

Related: Marines Will Be Seeing More of These Red Patches on Utility Covers. Here’s Why