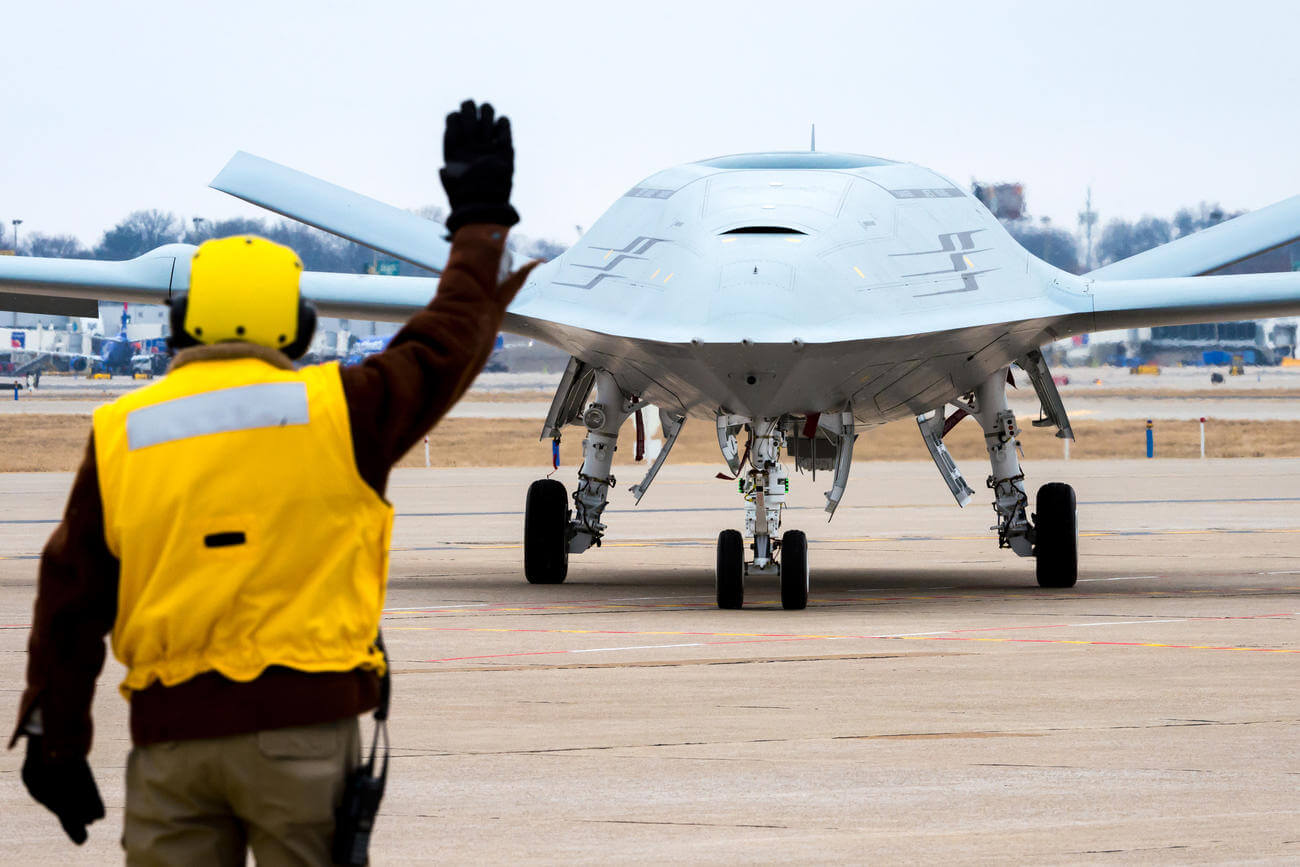 The Navy is studying the effects its new unmanned refueling aircraft could have on California’s Pacific coastline as it makes decisions on where to base the futuristic drone.

Service leaders announced last week they want to base a squadron of 20 MQ-25A Stingray tanker drones, which leaders say will revolutionize carrier air wings, at Naval Base Ventura County in Point Mugu, California. The base is about 65 miles west of Los Angeles.

The drone tanker will be capable of refueling aircraft in flight, and conducting intelligence, surveillance and reconnaissance operations. The Navy estimates its future West Coast MQ-25A squadron would fly about 960 annual operations.

The plan would bring about 730 personnel and family members to Point Mugu, according to a 164-page draft environmental assessment on how the area could be affected by basing the Stingray there. The Navy would build a hangar to house the tanker drones along with new training facilities.

The report, which is now open for public comments, concludes the 20 Stingrays would have no significant effect on air quality, noise, vegetation or wildlife. The new hangar, taxiway, roads and other projects would lead to about 35 acres of new development, the study states, which could cut into up to 1.4 acres of local wetlands.

The Navy says it would minimize flood hazards by carrying out any new construction in accordance with the 100-year floodplain regulations.

“There are no alternative project areas available at NBVC Point Mugu that are not within the 100-year floodplain that could meet the requirements of the Proposed Action,” the assessment states.

Traffic on State Route 1 would increase by about 7%, due to an additional estimated 880 average daily vehicle trips on access roads near the base. And while the new squadron isn’t believed to affect migratory birds, the tanker drones’ presence “may affect, but is not likely to adversely affect, the least Bell’s vireo,” a small endangered bird.

“Informal consultation with the [U.S. Fish and Wildlife Service] has been initiated,” the Navy’s assessment states. “No effect on other federally listed species.”

The Stingray will strengthen the carrier air wing by freeing up manned tankers to fly other operations, since the MQ-25 can carry out refueling missions, Vice Adm. James Kilby, deputy chief of naval operations for Warfighting Requirements and Capabilities, said in September.

“Huge inroads to be made for us here because right now our air wings support themselves with organic tanking when they’re not getting Air Force tanking,” Kilby said. “This unmanned air vehicle will allow us to return those manned aircraft to do missions that they’re trained for.”

Boeing was awarded an $805 million contract in 2018 to build the MQ-25. The company’s prototype took its first two-hour flight in September 2019. The tanker drone is designed to refuel the F/A-18 Super Hornet, EA-18G Growler and F-35C joint strike fighter, according to Boeing.

The Navy’s assessment on basing its new Stingray squadron at Naval Base Ventura County is available here. Comments on the study can be submitted through the end of the month.

Related: The Navy Is Preparing for a Major Unmanned Battle Test in the Pacific