Effort at Fort Detrick Leads to Approval for COVID-19 Treatment 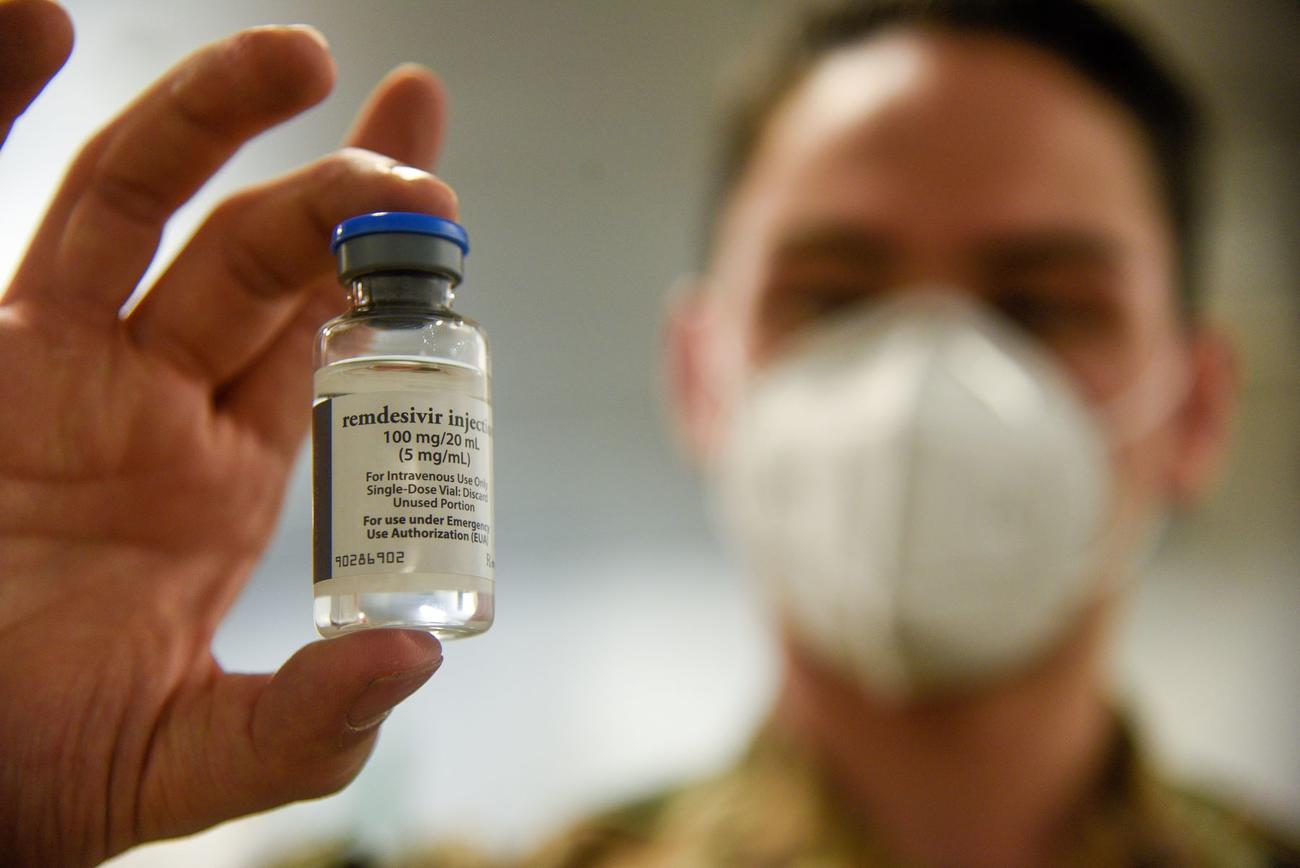 Sometimes, the days and weeks just aren’t long enough for Col. Ryan Eckmeier and his team at Fort Detrick.

The last 10, almost 11 months, have been a seemingly endless stream of phone calls, emails and virtual conferences, trying to get the right piece of information in front of the right person at the right time to help corral the novel coronavirus.

“White space on the calendar is something that you used to have,” Eckmeier said in a phone interview this week.

However, the payoff, or a form of it, arrived late last week when the Food and Drug Administration approved the broad-range antiviral drug remdesivir as the first drug to treat COVID-19.

Clinical trials have shown it to be effective in reducing recovery time from 15 to 10 days. The drug can be administered to adult and pediatric patients who require hospitalization and are at least 12 years old and weigh a minimum of 88 pounds.

“It tips the balance of power to the body as opposed to the virus. It allows the immune system to catch up,” Dr. John Dye, chief of viral immunology at the U.S. Army of Medical Research Institute of Infectious Diseases (USAMRIID) on Fort Detrick, said of remdesivir.

“When an infection occurs, it really comes down to the immune system fighting the virus. Whoever gets the upper hand is going to win.”

As a joint project manager for The Joint Project Manager for Chemical, Biological, Radiological and Nuclear Medical (JPM-CBRN) on Fort Detrick, Eckmeier and his team helped set up the elaborate, almost spider-web-like network of connections that pushed remdesivir across the finish line as a COVID-19 treatment.

A process that often takes several years was completed in a matter of months, and much of the work that was required to earn FDA approval occurred in the labs and offices on Fort Detrick.

“It’s satisfying,” Eckmeier said. “We know there is more work to be done. For the team here at Fort Detrick, it’s just been an absolute and unbelievable amount of work behind the scenes. Most folks will never know about it, and that’s fine.”

The phone call that initiated the process arrived in January, almost two months before the World Health Organization officially declared the novel coronavirus a pandemic.

“We got a call from our headquarters basically telling us, ‘Hey, there is this coronavirus like thing that’s showing up in China’,” Eckmeier said. “They had released the genomic sequence [of the virus], I mean, kind of open source…We got a call [from headquarters]. They said, ‘Hey, what do we have that could potentially combat this disease if it was to turn into a global pandemic or if it was to end up on our shores.'”

Remdesivir was originally created in 2009 by Gilead Sciences, a large American biopharmaceutical company, to combat hepatitis C and respiratory syncytial virus (RSV), but it proved to be ineffective against both.

With the help of the Defense Threat Reduction Agency’s Joint Science and Technology Office in Fort Belvoir, Virginia, and USAMRIID on Fort Detrick, remdesivir was repurposed for use against other viruses, such as Ebola and Marburg.

In 2015, preclinical trials at USAMRIID showed that remdesivir blocked Ebola in Rhesus monkeys, paving the way for it to eventually be used in human trials. Remdesivir was used to help curb the Ebola outbreak in West Africa in 2016.

Doctors, scientists and lab technicians at Fort Detrick continued to study the possible effects of remdesivir against a family of related viruses, known as filoviruses.

When the call arrived in early 2020 about the novel coronavirus, they sprang into action, poring over 500-plus pages of highly technical medical papers in search of ways to combat it.

“It was daunting,” Eckmeier said. “I think that’s the right word for it.”

The digging produced a previously published entry in an academic journal that showed remdesivir had some in-vitro effectiveness against other coronaviruses.

Word of the discovery quickly spread through other government agencies, such as the National Institutes of Health, and eventually made its way back to Gilead.

“Gilead was already moving in that direction,” Eckmeier said. “It was their product. So, they knew about the academic journal [entry]. They were watching the unfolding events as the rest of the world was.”

With a long-term partnership already established, the U.S. government and Gilead began working frenetically to get remdesivir approved to help fight COVID-19.

“Just absolute huge amounts of work to get this effort [approved],” Eckmeier said. “It was a lot of facilitation and linking folks up, making sure the right people were talking to the right people to move this forward quickly. It was a frenzy, and a lot of the effort is still ongoing. The fact that we have agile acquisition systems and vehicles through multiple partnerships allows us to go out and do these things much quicker.”

The speed doesn’t have much precedent.

“Normally it takes 10-15 years and a billion dollars or more to develop vaccines or drugs all the way to licensing,” Eckmeier said. “For one thing, it’s hard.”

With the onset of COVID-19, the government has put a lot of the development and approval processes on parallel instead of successive tracks, which has enabled the process to move faster, according to Dr. Dye.

“It’s been impressive, the speed at which things are happening while keeping in mind the safety component,” he said. “We are doing this in a compacted time frame with no less of an emphasis on safety and efficacy. Those standards are being maintained.”

Prior to receiving full approval last week, remdesivir was approved for emergency use in severely ill coronavirus patients back in May. In August, the approval was expanded to treat mild to severe cases.

This article is written by Greg Swatek from The Frederick News-Post, Md. and was legally licensed via the Tribune Content Agency through the Industry Dive publisher network. Please direct all licensing questions to legal@industrydive.com.

© Copyright 2020 The Frederick News-Post, Md.. All rights reserved. This material may not be published, broadcast, rewritten or redistributed.

5 Ways Being a Veteran Makes It Easier to Be a Military Spouse
‘Living Like a King’: Navy Officer who Demanded Bribes from ‘Fat Leonard’ Gets Prison