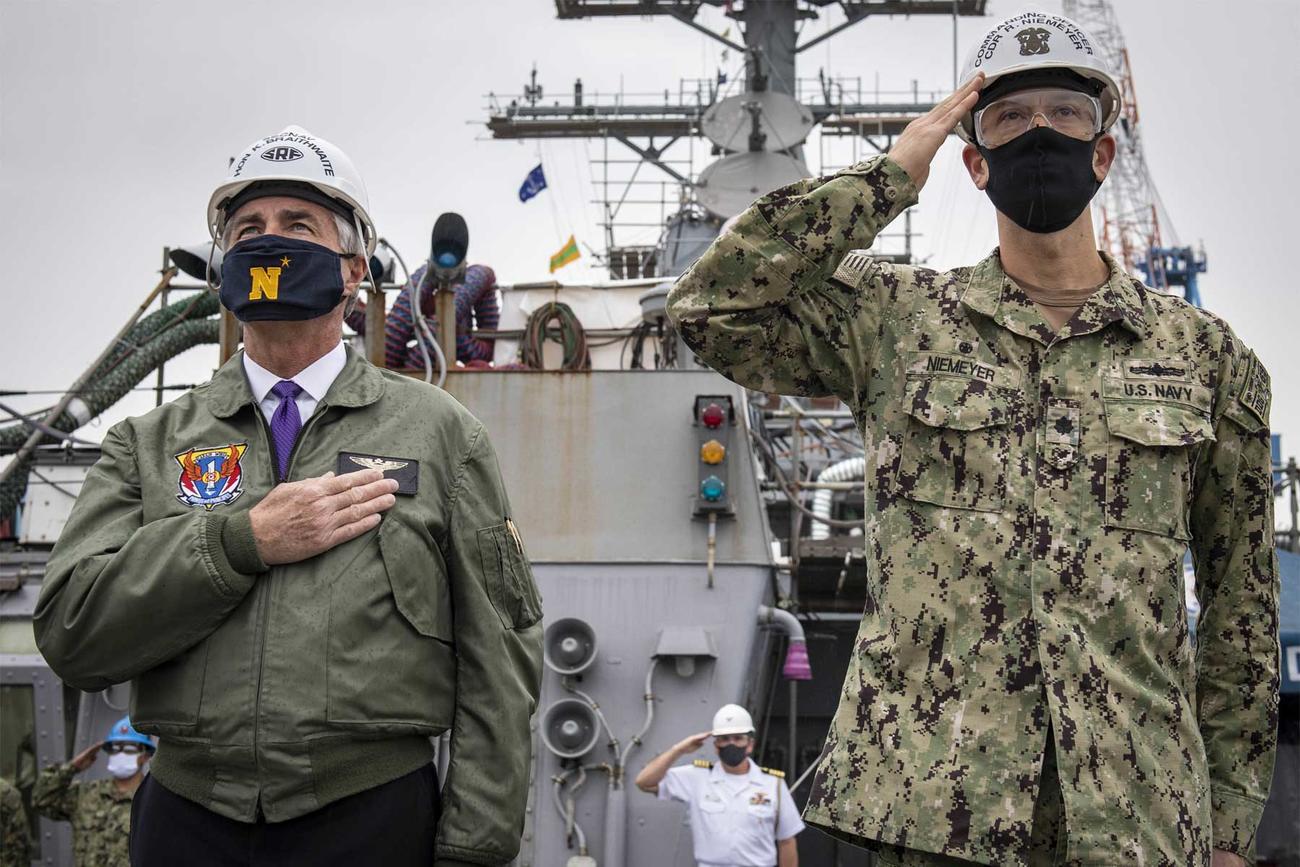 The Navy and Marine Corps‘ top civilian leader says China poses a greater threat to the U.S. than many Americans may realize.

Navy Secretary Kenneth Braithwaite recently wrapped up a weeklong trip to the Asia-Pacific region, where he met with local leaders in Japan, Singapore, Guam and Palau, along with sailors and Marines operating there. Now back in Washington, D.C., Braithwaite said the U.S. is behind when it comes to competing with China — and it must catch up quickly.

“I think [China] is probably the greatest threat to our country that Americans, writ large, do not understand,” Braithwaite said on Wednesday during an event hosted by the Navy Memorial. “… I literally believe with all my heart and soul — and I can’t stress this any more — what we are seeing emerging is a threat beyond any comparison ever in the history of our country.”

Read Next: A Navy Veteran Exposes the Gross Food Served on Warships in a Viral Facebook Post

The retired Navy rear admiral and former U.S. ambassador to Norway went on to say that Americans’ basic freedoms could be at risk.

“There could be a day in our lifetime, my dear friends, that we will not have the freedom to speak our language the way that we do, to live with free and open society, freedom of religion, freedom of speech, freedom to congregate — all those things can be eliminated.”

Defense Secretary Mark Esper and Secretary of State Mike Pompeo are in India this week, where they signed an agreement to expand military satellite data sharing between that country and the U.S. The State Department called the partnership “critical to the security and prosperity of both countries, the Info-Pacific region and the world,” with Pompeo adding during the trip that the Chinese Communist Party is no friend to democracy or the rule of law.

Defense leaders have said India will be important in countering China’s influence. Braithwaite said he plans to visit the country, where he says he sees a big opportunity to “open the door, navy-to-navy.”

Partnerships will be vital to countering China’s global influence, he said, including in the contested Arctic region. China calls itself a near-Arctic nation despite being thousands of miles from the Arctic Circle.

“Why? It’s very obvious,” Braithwaite said. “The Arctic is opening up, and as it opens up, it becomes navigable so they can move their product.”

That could prove financially lucrative to China, which Braithwaite said will be “the big threat.”

“Adversaries in the past didn’t have the economic wherewithal, the financial capability, to build what China’s building today,” he said.

China made it a goal to become the world’s leading nation by 2049. The country has invested heavily in its military, building new ships and islands in the South China Sea.

The Marine Corps is undergoing a force-wide reorganization to counter China’s efforts in the Pacific. That strategy, which is heavily focused on a return to the service’s naval roots, was in part put to the test this month during an exercise in which Marines island-hopped, setting up long-range fires while ashore.

China took advantage of all the time the sea services were focused on missions in the Middle East following the 2001 terror attacks in the U.S., Braithwaite said. The country remains solely focused on its mission to get back on top in the coming decades.

“We can’t say that in America [with] all the domestic quarreling and the divisiveness in our nation right now,” Braithwaite said. “We need to understand that the threat is not from within. … It could affect our children and our children’s children and their ability to live in a free society.

“It is an unbelievable threat to our way of life.”