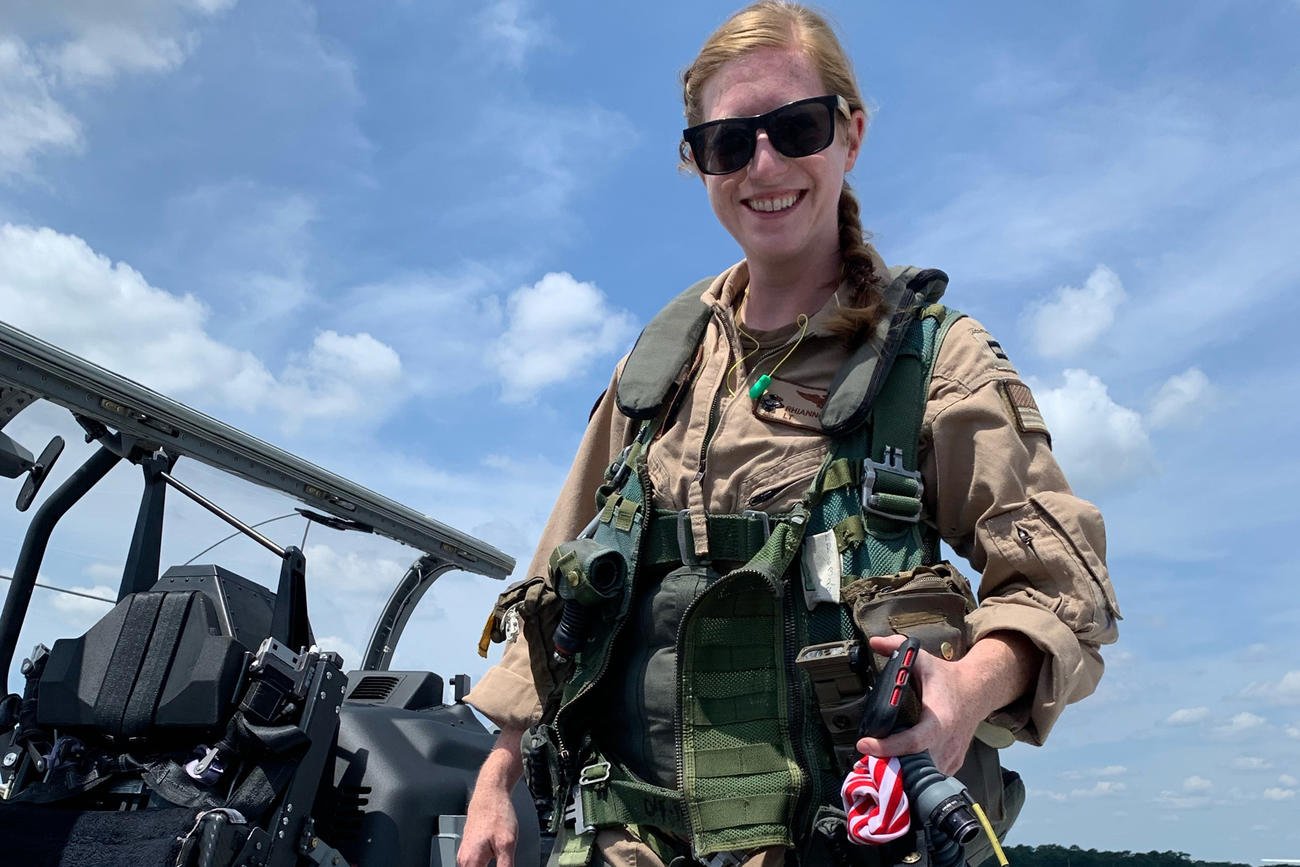 The second person killed in a military plane that crashed in Alabama on Friday was a Navy instructor pilot, officials announced on Sunday.

Navy Lt. Rhiannon Ross, 30, of Wixom, Michigan, died when the T-6B Texan II trainer aircraft she was in crashed in Foley, Alabama, Friday evening. Ross was flying with Coast Guard Ensign Morgan Garrett, a 24-year-old student aviator, who also died in the crash.

Ross earned her commission in April 2012. Before joining the Florida-based Training Squadron Two in February 2018, she served three years with Helicopter Sea Combat Squadron 26 out of Norfolk, Virginia.

“Their spirit, friendship, and devotion to their country will not be forgotten,” Navy officials said in a Sunday news release.

Ross and Garrett had taken off from Naval Air Station Whiting Field, Milton, Florida, on a routine training flight. Their T-6B crashed in a residential area at about 5 p.m.

Local and Navy emergency personnel responded to the scene. No civilians were injured in the crash.

The plane struck two cars and a house, according to local media reports on the crash.

“The Navy is working with local authorities to investigate the incident,” the Navy release states.

Ross was a member of the University of Michigan at Ann Arbor’s Navy Reserve Officer Training Corps, according to her Navy career bio. Her personal awards include a Navy and Marine Corps Commendation Medal.

Friday’s accident marked the Navy’s first aviation-related fatality in more than a year. The Naval Safety Center announced last week that the Navy and Marine Corps recorded no aviation-related deaths in fiscal 2020, which ended on Sept. 30.

He Was Convicted of War Crimes and Pardoned by Trump. Now He Wants to Reform Military Justice
Camp Pendleton Marines Return from a Month of Fighting California’s Largest Fires