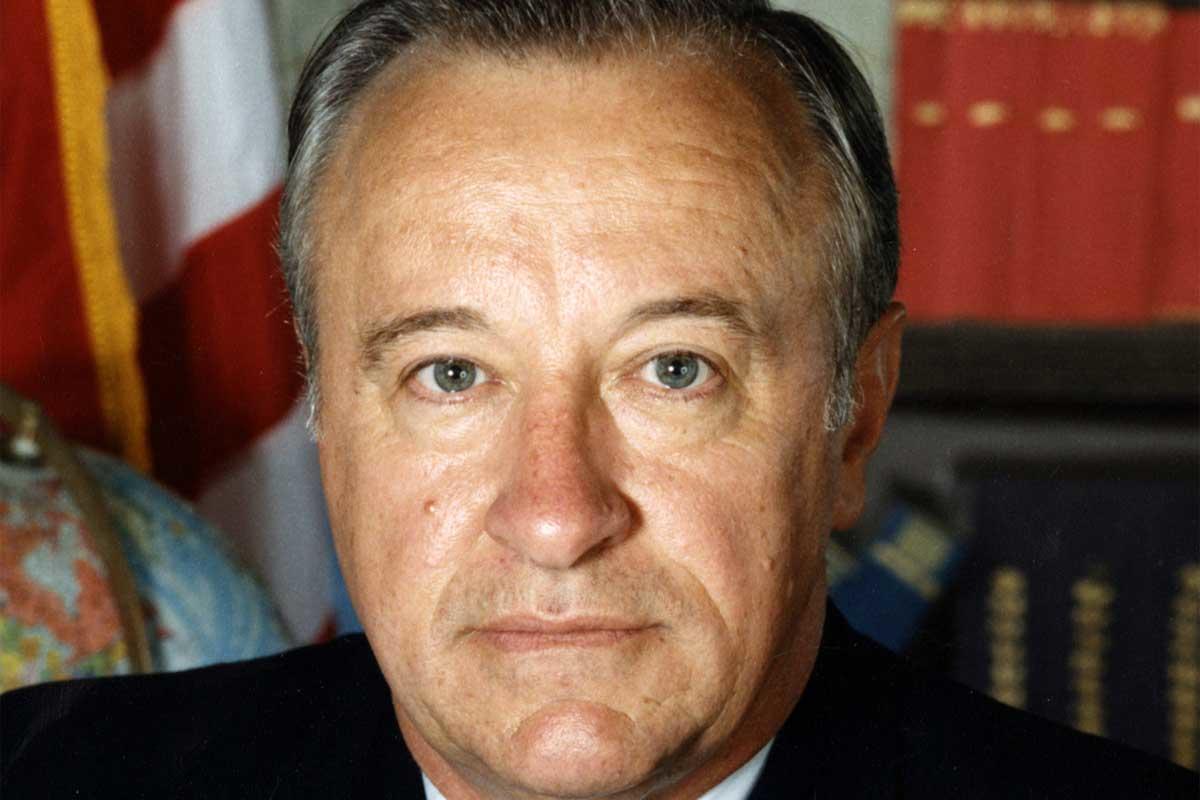 It was almost a fluke that Adm. Carlisle Trost attended the Naval Academy, the first step of a long naval career.

He attended a year of college at Washington University in St. Louis, on an Army ROTC scholarship, but the scholarship was only for a year, Carrico said. Trost’s father suggested that he look at the Naval Academy in Annapolis.

Trost did, and he was accepted to Annapolis, the city he would come to love and spend many of his years.

The Annapolis resident died at the age of 90, due to complications from a fall, on Sept. 29.

But as much of a legacy as the 23rd Chief of Naval Operations left in the Navy, that is not what Carrico said she wants people to remember. She would prefer that they reflect on her father’s integrity or his love for his family.

The Trosts — the admiral, his wife Pauline and four children Carrico, Carl Michael Trost, Steve Trost and Kathleen Trost — were a close-knit military family, Carrico said. They often moved, depending on Trost’s job, which meant sometimes the family knew no one else. So they grew closer.

Pauline and Carlisle, who also went by Carl, met at the Naval Academy. Trost was a member of the class of 1953, and Pauline Trost was dating another midshipman. They had mutual friends, and by Trost’s firstie year, they were a couple.

“And every picture we ever saw of the two of them, anything I can remember, he just looked at her with total adoration,” Carrico said. “And he would have told you, to the end of his days, that our life as a family, and the closeness that we shared was directly because of her and the type of mother that she was and the support that she gave to him.”

Family was so important to him that in his later naval career, Trost made it so his staff could leave at the end of the day and go home to their families.

Retired Rear Adm. Tom Jurkowsky said that he has memories of playing Candy Land with his family because as Trost’s special assistant for public affairs, he got to go home to his family.

Everyone dreaded Pentagon assignments because of the long commute and long hours. Having a leader like Trost meant the assignment did not cut into family time.

“He remembered people,” Jurkowsky said. “He cared for people. And he was smart as hell. He was brilliant.”

When Trost hired Jurkowsky, he apologized for taking Jurkowsky’s wife away from her family in California, even though Jurkowsky would have been assigned to a Washington, D.C. job anyway.

Even when Jurkowsky visited Trost in the Ginger Cove retirement facility, Trost still apologized for having brought them Jurkowskys to D.C. back then.

Trost had a great memory, Carrico said. He could meet 50 people in a room and then go around introducing each of those people to each other.

He was also humble. Both Carl and Pauline were, their daughter said. Growing up, she knew her father was the chief of Naval Operations, but he never flaunted his title.

When traveling with his staff, he stayed humble, too, Jurkowsky said. He never needed to eat at the best restaurants or show off his title. He just wanted to spend the time with his staff.

“He would be happy with Burger King as long as he was with his staff,” Jurkowsky said.

While current Chief of Naval Operations Adm. Mike Gilday said in a statement Trost guided the Navy through difficult times, including conflict in the Middle East and Panama, he also noted that his goal was “above all else was to be a good husband, a good father, a good friend and a good naval officer.

No doubt, Adm. Trost was all those things. We have truly lost a great leader and shipmate. Fair winds and following seas, sir. We are stronger for your leadership and grateful for your steadfast commitment to our Navy and nation.”

After his naval career, Trost stayed involved, staying active with the Naval Academy Alumni Association and other boards. He and his wife settled in Annapolis.

His favorite place was the academy grounds, Carrico said.

Like a true Naval Academy family, the Trosts spent many years at Navy Football games, often tailgating with other members of the class of 1953, she said.

The Trosts also enjoyed going to their beach house in Sandbridge, Virginia. They loved the water, a quality shared by their children.

Trost often reflected on his humble beginnings. After his wife died, he took his children back to his hometown. He showed them his grandparents’ farm and the house he built with his parents.

“I think he was grateful for every opportunity he was given,” Carrico said. “I think he made the most of it. And I think he would encourage everybody else to make the most of their opportunities and to live their life with the integrity that he did. And really have respect for everyone. No matter what their walk of life might be.”

His son Steve Trost said the stories that his family has heard from friends and family since his passing have been humbling and awe-inspiring.

“I will always cherish the life experiences and opportunities that I have had thanks to both my mom and dad,” he said.