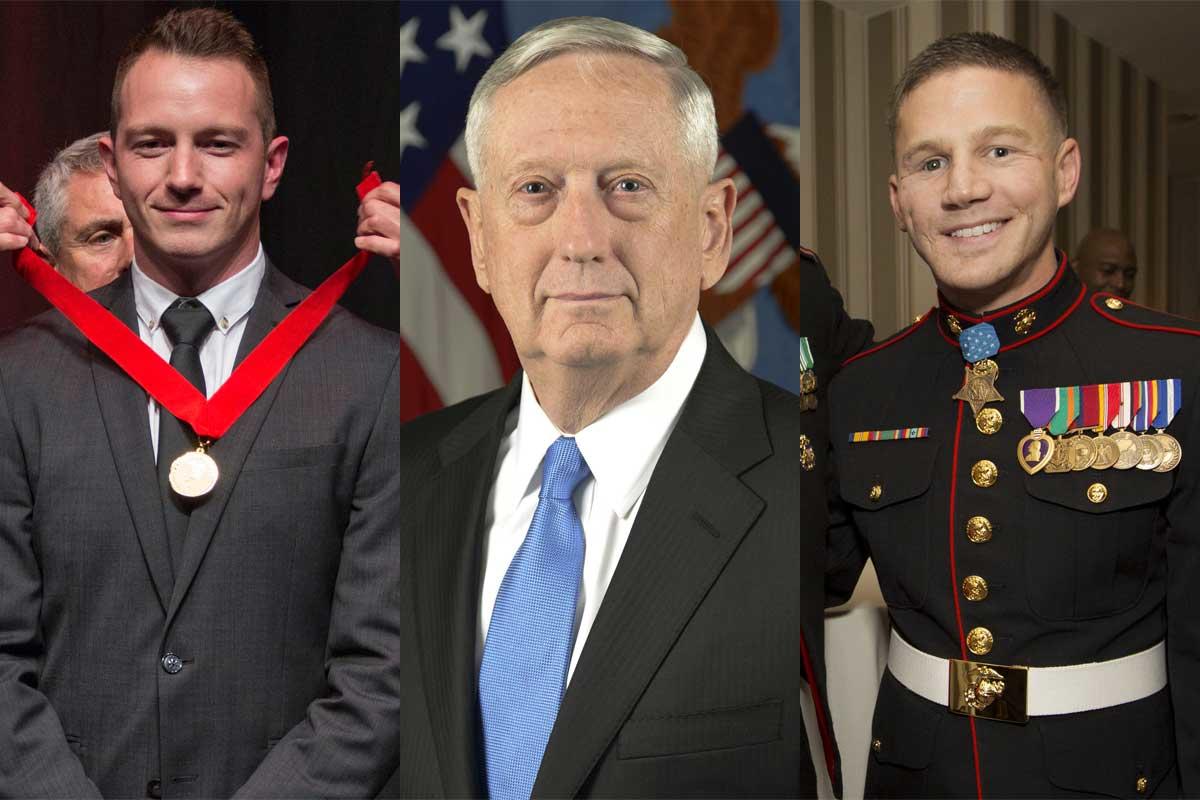 Marines’ recommended reads got a big overhaul this week, with a new podcast and titles — including the first-ever graphic novel to make the list, based on the “Terminal Lance” comic strip.

Gen. David Berger released his Commandant’s Reading List on Tuesday. The list includes 46 books, most of which are new additions, including several focused on high-tech warfare. The reading list, Berger said, is just one of several efforts to get Marines thinking through problems with different lenses.

“A major emphasis for me in the coming year is updating our training, education and manpower systems,” he said. “…The Commandant’s Professional Reading List is an opportunity for Marines of all ranks to expand their thinking and prepare for the unknown in future conflict.”

Read Next: The Marines Are Paying a University $2M to Study the Best Way to Run Coed Boot Camp

Books focused on naval integration stayed in the rotation because they’re aligned with Berger’s planning guidance for the force, said 1st Sgt. Monica Cervantes, senior enlisted adviser at the Lejeune Leadership Institute in Quantico, Virginia. That includes titles such as Merrill Bartlett’s “Assault from the Sea: Essays on the History of Amphibious Warfare” and “Fleet Tactics and Naval Operations” by Wayne P. Hughes and Robert Girrier.

But one title stands out as an unlikely choice for the top general officer’s professional reading list. “The White Donkey” by Maximilian Uriarte is the first-ever graphic novel to hit the Commandant’s Reading List. Based on the often-salty “Terminal Lance” comic strip, its inclusion came as a surprise even to the author.

Uriarte said it’s “immensely humbling” to know his famous characters resonate with so many Marines, from junior enlisted to the Corps’ most senior officer. “The White Donkey” shows the more serious side of his comic strip’s characters’ journey as they deploy to Iraq and back.

“It’s really just breaking down that experience that we had as Marines and really trying to just be honest with ourselves,” he said. “It’s like holding up to a mirror and being like, ‘This is us. This is who we are. This is what we went through, and this is how we feel about it.’ I think that’s a valuable thing.”

Uriarte is one of several Iraq or Afghanistan veterans to have their books added to the list. Also included are “After Action: The True Story of a Cobra Pilot’s Journey” by Dan Sheehan; Medal of Honor recipient Kyle Carpenter’s “You Are Worth It: Building a Life Worth Fighting For;” and “Call Sign Chaos: Learning to Lead” from former Defense Secretary Jim Mattis.

Berger’s personal book pick is “The Kill Chain: Defending America in the Future of High-Tech Warfare” by Christian Brose. The commandant said he chose it to give Marines a glimpse at what they’re up against.

“I chose ‘The Kill Chain’ mainly [so] Marines can familiarize themselves with how we as a Marine Corps and a joint force will compete against peer adversaries, understand threats, make quick decisions and take decisive action, presumably from expeditionary advanced bases,” Berger said. “We live in a time where technology is advancing at a rapid pace and Marines must understand how to stay out in front of these advances.”

Marines have a lot of demands on their time, and not everyone learns the same way.

That’s why the Marine Corps is adding a new podcast to accompany the Commandant’s Professional Reading List, said Maj. Ian Brown, operations officer at the Brute Krulak Center for Innovation and Creativity.

“You can listen to it in the car, while exercising or doing yard work,” he said. “… Marines [can] get the knowledge they need to make effective decisions in our complex world without sacrificing other requirements.”

The plan, Brown said, is to release a new podcast at least every two weeks. It’ll be a joint effort across three parties — the Krulak Center, Library of the Marine Corps and the Lejeune Leadership Institute.

The podcast will feature writers, likely starting with those whose books are new to the list. The format is expected to follow other podcasts that feature authors, Brown said, with background on the writer, insight on their books, and discussion about how they apply to Marines.

The effort matches the Marine Corps’ new doctrinal publication on learning, he added, which emphasizes that Marines must “continuously gather information and engage in activities that test their assumptions, develop new knowledge, increase critical thinking and reasoning, and build deeper understanding.”

Aside from the podcast, the Marine Corps will also update its professional reading list website. Books from past lists will be archived there so Marines can still access them, Cervantes said.

The new list also breaks away from the rank-based structure, which previously recommended certain books based on a Marine’s paygrade. Instead, the books are now sorted into five categories: profession of arms, innovation, leadership, strategy and CMC choice.

“Removing rank categories allows all Marines to choose what they want to read based on what they are interested in, instead of what is recommended for their current rank,” Cervantes said.

Ultimately, she added, the goal is to provide Marines with a more diverse selection of books.

“Diversity helps to foster innovation … [and] will allow readers to pick what they are interested in,” Cervantes said.

Navy Pilot Ejects Safely Before Super Hornet Crashes Near China Lake
Ask Stew: How Do You Draw the Line Between Fitness Progress and Maintenance?