She Used to be Homeless. Now This Military Spouse Is Helping Others 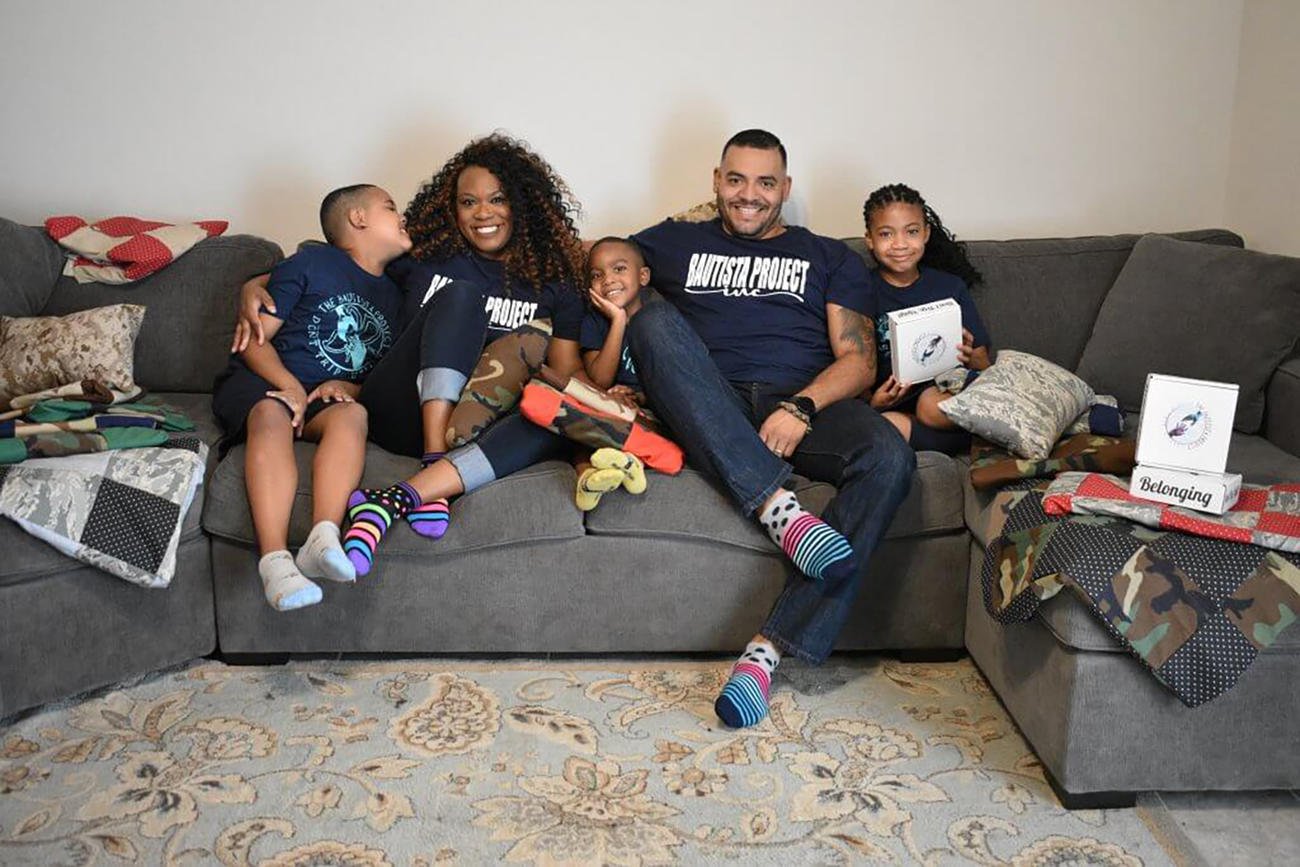 An Army spouse has found her purpose after overcoming homelessness and creating her own organization that gives back.

When Marla Bautista was 18 years old, she was thrown out of her home by her abusive step-father with only a trash bag of clothes and a teddy bear that belonged to her deceased mother. For almost two years she lived a transient lifestyle staying in shelters, with friends and on the streets. It was the generosity of a local Catholic church that changed the trajectory of Bautista’s life.

“There were volunteers who handed out sandwich bags with hygiene items and they didn’t want anything from us. It was just ‘this is for you because you need it.’ And that was something that truly touched my heart. I promised myself that if I ever overcame that situation of homelessness that I would do the same,” she said.

Bautista and her husband, Staff Sgt. Ulisses Bautista, started serving their community as a family in 2011 and would later become The Bautista Project Inc. They began by using their own funds to distribute meals and hygiene bags for the homeless. Their nonprofit now provides basic living essentials, educational resources, support groups, veterans services and community resources for reintegration.

The impact they’ve created near their assigned duty stations has fostered an environment where the homeless can feel like they belong. With this, PCS’ing affects the Bautistas differently.

“Every time we move, we feel like we are leaving a community behind,” she said. But due to the vast amount of homeless in the U.S., there is always a new part of the community to impact.

In the state of Florida alone there are over 28,000 homeless Americans, of which 1500 are local to Hillsborough County in Tampa where the Bautistas currently reside. Although homelessness in America has decreased by 12% since 2007, according to the National Society to End Homelessness, there are still over 567,000 homeless people in the US.

The Bautistas have served the homeless population in Germany, Colorado Springs, New York and now Tampa.

Within a week of PCS’ing to south Florida, they were volunteering in a shelter.

“We have to reintegrate ourselves in that new community,” she adds.

Consistency matters. Her entire family goes out twice a month with meals and care packages, and instead of giving and going, they sit and interact with the locals in need. They get to know them and eventually build friendships.

In 2018 Bautista, with a desire to do more, began reaching out to her fellow military spouses and Facebook friends. With their help, her nonprofit has been able to provide winter jackets, gift a color printer to a shelter, create a small library of free books, raise funds to host a Christmas party at a homeless shelter getting what she calls “real gifts” for the attendees and shelter volunteers and distribute disposable masks. They also continue to collect uniforms to make belonging blankets for homeless youth in group homes or shelter setting.

The Army has been a vehicle allowing them to help in different parts of the world and Bautista’s husband shares her passion for giving to those in need, including homeless veterans. The U.S. Department of Veteran Affairs reports that as of January 2019 there were 37,085 homeless veterans in the U.S.

Bautista doesn’t judge any of them. “We’ve all fallen on hard times before. It just looks different for everyone,” she said.

One simple thing that she says anyone can do to start giving back is to purchase four $5 gift cards at an essentials store or fast-food restaurant.

“That’s just $20 and you can hand those out,” she says, adding that something this small can provide a meal for a person and the act can change their life.

To donate to The Bautista Project Inc. visit www.thebautistaprojectinc.org. You can purchase items from their Amazon Wishlist or donate directly to their nonprofit.