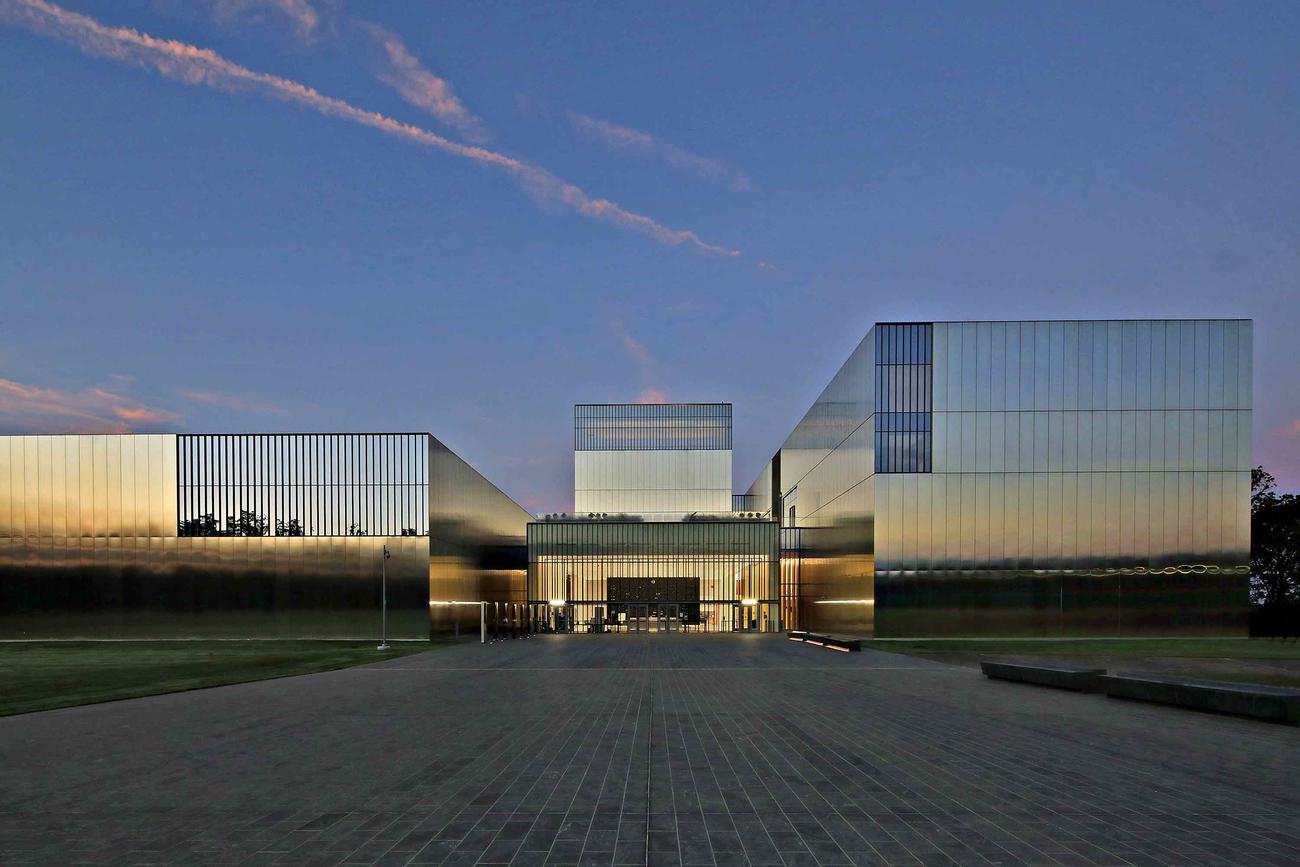 The story of the American soldier will finally have a home for the telling when the National Museum of the United States Army opens on Veterans Day.

Exhibits will include Gen. Douglas MacArthur’s famous cap; the “tinpot” helmet worn by World War I Medal of Honor recipient Sgt. Alvin York; and a WWII Sherman tank called the “Cobra King,” which was the first to break through German lines to help besieged troops at Bastogne.

During a virtual Association of the U.S. Army event Oct. 15, Paul Morando, chief of exhibits, ran through a short list of the treasured artifacts that will be on display when the museum finally opens Nov. 11, including a “Higgins” boat from the D-Day landings.

But he allowed that he has a favorite: the sword carried by Capt. John Berry in the War of 1812 against the British at the battle of Fort McHenry near Baltimore. That battle inspired Francis Scott Key to write the “Star-Spangled Banner.”

The museum, located about 20 miles south of Washington, D.C., on a publicly accessible area of Fort Belvoir, Virginia, will be open to the public for the first time on Nov. 11.

Information on ticketing, directions, COVID-19 restrictions and other details are available at the museum’s website.

“It’s been a long time coming,” Morando said of the long-delayed opening.

Back in 1814, Congress passed a bill directing the Army to preserve its history, he said, but planning for the museum began only in the past decade.

The opening was delayed several times, then scheduled for June 4 of this year. But that date had to be put off because of the pandemic.

Before the COVID-19 outbreak, the Army had projected that the museum would attract about 750,000 visitors annually. The plan was to have it stay open seven days a week year round, except for Christmas.

The museum’s projected $200 million cost was raised by private donations to the nonprofit Army Historical Foundation.

The 84-acre site at Fort Belvoir includes the 185,000-square-foot main building to house the Army Art Collection, artifacts, documents and images. It has a stainless steel entryway meant to portray Army strength. A parade ground, grandstand, amphitheater, memorial garden and an Army Trail are also on the site.

In a statement Monday, Army Chief of Staff Gen. James McConville said the museum “is designed to tell the compelling and heroic stories of our people and take visitors on an exciting journey through the history of the U.S. Army as told through the American soldier’s point of view.”

If it could speak, the “Cobra King” would have a particularly compelling tale of Army resilience and against-all-odds grit.

The 38-ton Sherman tank with a V-8, 500-horsepower engine was first in combat in France in 1944 but was knocked out of action by German fire in November of that year. After repairs, the tank was back in action in December 1944 with a new crew — commander 1st Lt. Charles Boggess, driver Pvt. Hubert Smith, co-driver Pvt. Harold Hafner, gunner Cpl. Milton Dickerman and loader Pvt. James Murphy.

The Cobra King was assigned to Company C , 37th Tank Battalion, 4th Armored Division, which was leading the way for Gen. George S. Patton’s Third Army in the race to relieve the surrounded troops of the 101st Airborne Division in the Belgian town of Bastogne.

On Dec. 26, 1944, the tank blasted its way through the village of Assenois and then bulled past the German lines at Bastogne. At first, the Cobra King’s crew was leery of the first troops in U.S. uniforms they saw. They had heard that the Germans had donned U.S. uniforms to aid their advance in the Battle of the Bulge, according to Army histories. Then, an American GI walked up alongside the tank and shouted, “Glad to see you,” at Boggess.

Old black-and-white photos show the Cobra King with “First In Bastogne” written in chalk on its side.

The Cobra King was knocked out of action again on March 27, 1945, in a failed raid to free prisoners of war from a prison camp.

The battered tank was recovered from the battlefield and used as a “gate guard” display at several U.S. bases in Germany after the war until its history was discovered.

In 2009, the Cobra King was shipped back to the U.S. and put in storage at Fort Benning, Georgia. It arrived at the museum site in August 2017 aboard a flat-bed trailer and was put in place before construction started. The museum was built around it.