The Navy Got a Head Start on Remote Recruiting. When the Pandemic Hit, It Paid Off 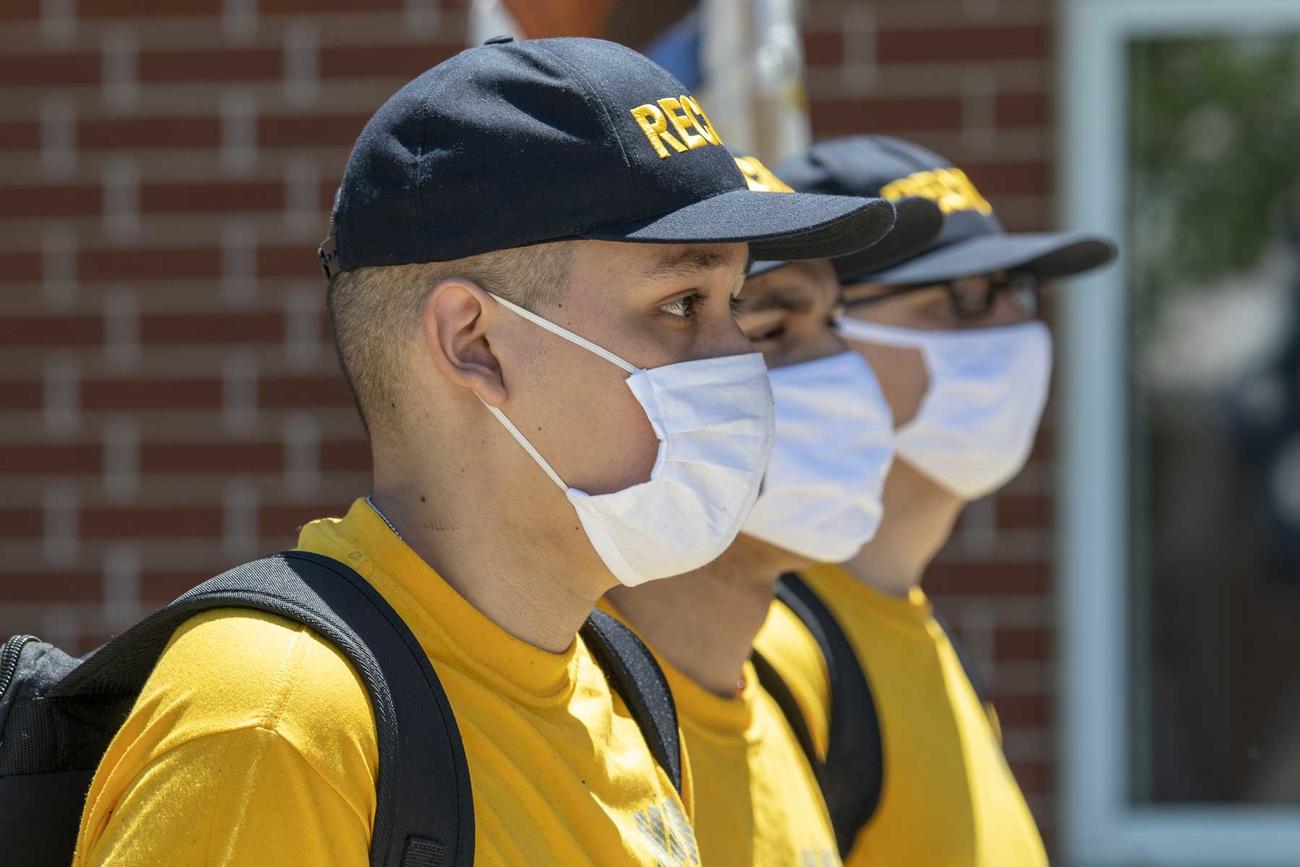 CHICAGO — As Americans scrambled to figure out remote work when the novel coronavirus pandemic hit in March, the Navy found itself ahead of the game: it was already implementing a plan to recruit and train without in-person contact.

The service’s recruitment system was halfway through a digital transformation that allows recruiters to do their jobs virtually. With the arrival of the pandemic, Navy Recruiting Command accelerated that transformation, and set a goal to convert all of its districts to online operations by the end of the year.

Read Next: Navy Names Newest Sub After WWII Legend That Sank 17 Ships and Blew Up a Train

The districts, renamed Navy Talent Acquisition Groups, now provide recruiters with equipment — mainly a laptop loaded with all the software they need — and training to carry out their duties virtually. They use social media platforms for virtual prospecting, while continuing traditional telephone canvassing.

The service also has made big changes in how it trains recruits during the COVID-19 crisis. Navy recruits now spend 14 days in what is called restriction-of-movement status at Fort McCoy, a U.S. Army training center in western Wisconsin, before being transported to Navy Recruit Training Command in Great Lakes, Illinois, to begin training.

In July, RTC increased the number of recruits it accepts to more than 1,200 per week. To accommodate the increased volume of recruits in the 14-day pre-training quarantine, the Navy initially housed them at multiple Gurnee, Illinois, area hotels, but switched to Fort McCoy to ensure long-term safety and security of recruits. The Great Lakes training command has graduated nearly 18,000 recruits since mid-March.

In July, RTC increased the number of recruits it accepts to more than 1,200 per week. To accommodate the increased volume of recruits in the 14-day pre-training quarantine, the Navy had initially housed them at multiple Gurnee, Illinois, area hotels beginning in April, but switched to Fort McCoy in August to ensure long-term safety and security of recruits. The Great Lakes training command has graduated more than 19,000 recruits since mid-March.

“Training future sailors is absolutely mission critical — a constant and steady flow of sailors is necessary to man the ships, aircraft and submarines which spearhead our nation’s security,” according to Lt. Cmdr. Frederick Martin, spokesman for the Naval Service Training Command.

While at Fort McCoy, recruits stay in separate open-bay barracks, similar to the living situations at the Recruit Training Command, but are broken down into small groups. They study Navy manuals and other preparation materials and are allowed one small electronic gaming device, as long as it is not enabled for Wi-Fi and does not have a camera. Medical personnel are on site.

Once they arrive at RTC, they may call home; after that, they do not have access to cellphones for the duration of their eight-week training, according to Lt. Kristina Wiedemann, spokeswoman for Recruit Training Command

“Any recruit with a change to their medical or training status is allowed to contact their loved ones,” she said. “A lack of contact from a recruit indicates they remain in a normal training status.”

Recruits practice social distancing and wear masks whenever possible. But some parts of the training, including those that require wearing firefighting equipment, swimming and physical fitness, as well as eating meals, do not allow for mask wear. The RTC staff carefully screens anyone coming onto the facility. Enhanced cleaning procedures have also been put in place.

RTC Command Master Chief David Twiford, the command’s senior enlisted leader, said COVID-19 has been a challenge for staff and recruits, but the goal remains the same.

“While the coronavirus has challenged how we manage the training schedule, the heart of boot camp remains the same: Turning civilians into sailors of character and competence ready to serve in the fleet,” he said.

© Copyright 2020 Medill News Service. All rights reserved. This material may not be published, broadcast, rewritten or redistributed.