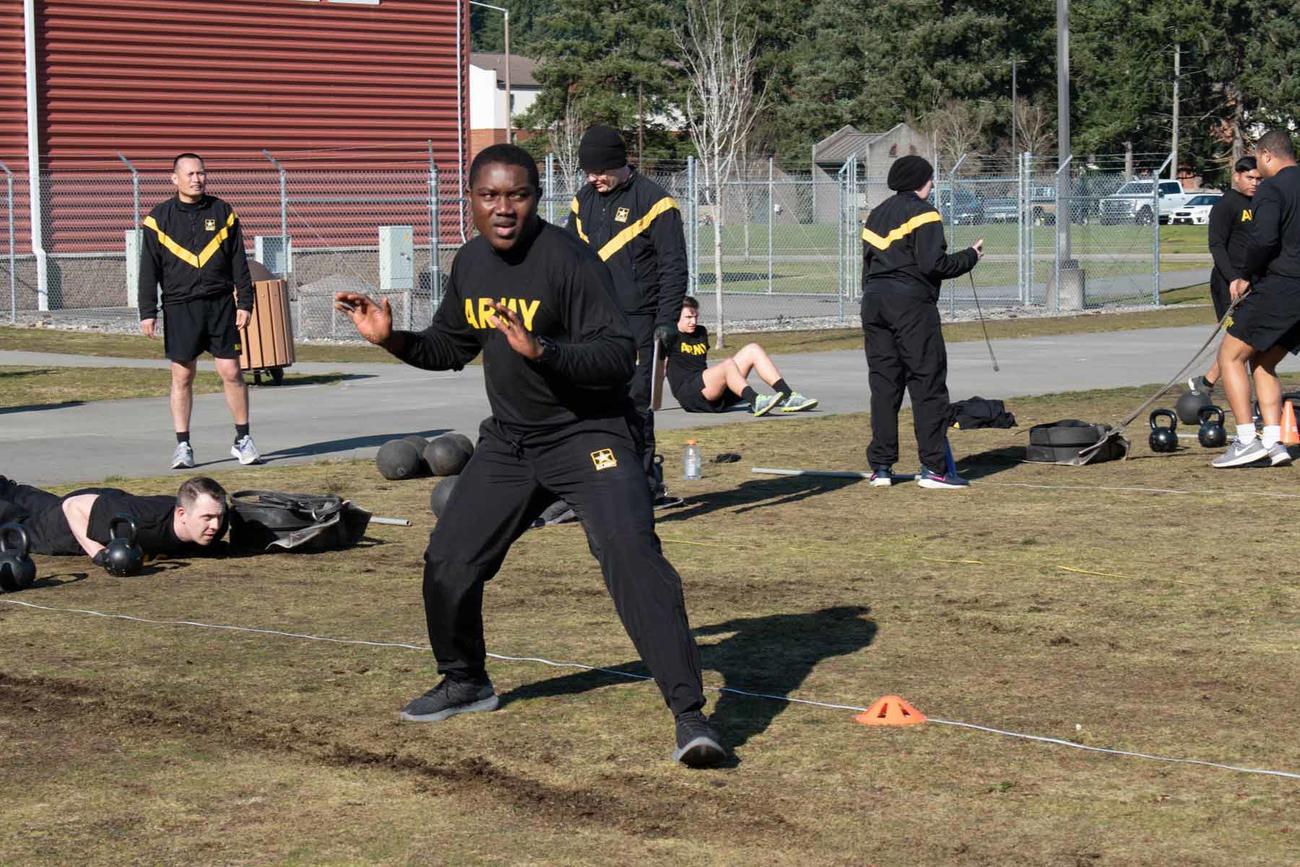 The U.S. Army is launching an effort to increase soldier performance by outfitting active brigades with special teams of fitness coaches, nutritional specialists and physical therapists by 2026.

The Holistic Health and Fitness (H2F) strategy is designed to work with unit leaders and individual soldiers to hone performance and decrease the risk of injuries, which can affect combat readiness, officials from the Center for Initial Military Training (CIMT) said Thursday.

The goal of the service-wide effort is to outfit 110 active-duty brigades with performance teams and a dedicated training facility, a long-term effort that will require 500 uniformed personnel, 700 Army civilians and 1,900 contractors.

In fiscal 2021, the Army has budgeted $110 million for 28 brigades to receive H2F performance teams. After that, up to 18 brigades will be resourced each year through fiscal 2026, according to Maj. Gen. Lonnie Hibbard, commander of the CIMT, which is overseeing the effort.

“If you look at the number of active-duty soldiers who are medically non-deployable, that equates to being short about nine brigade combat teams … that can’t deploy,” Hibbard told reporters Thursday at a virtual roundtable during the Association of the United States Army’s annual meeting. “If we can reduce these non-availability rates for our soldiers just by 1%, the cost savings alone will pay for the cost of this program.”

As of Oct. 1, the service officially replaced its outdated Army Physical Fitness Test with the more challenging Army Combat Fitness Test, which is designed to build core strength and reduce common injuries that keep many soldiers from deploying, Hibbard said.

“We have to stop breaking our soldiers and, in order to do that, we have to prevent these injuries and preserve their long-term health. … The only way to do it is by embedding these H2F professionals in the brigades,” he explained. “For many years, we have called our soldiers ‘warrior athletes” … now we are actually starting to resource them just like any other professional sports team.”

“H2F performance teams will assess each soldier’s ability to meet the demands of their military occupational specialty, assignment or combat-specific tasks during a soldier’s career,” he said. “These teams advise commanders on performance readiness issues and integrate H2F into organizational training, mission planning and even personnel decisions.”

The brigade type will determine how large the H2F performance teams are, Bigelman said. Tier-one brigades such as infantry brigade combat teams will be outfitted with 37-member teams that include uniformed and Army civilian physical therapists, occupational therapists and registered dieticians, as well as seven contracted athletic trainers and 14 contracted strength and conditioning coaches.

Tier two brigades, such as an artillery unit, will likely need only a 25-member team of similar makeup, he said.

“It will be easier in an operational division, especially like at Fort Drum, New York, that we can start seeing the immediate cost savings in both [reduced] injuries and increased in deployability,” he said.

Beginning in fiscal 2022, the effort will begin including training and other types of brigades, Hibbard added.

The H2F effort will also ensure that each brigade has a roughly 40,000-square-foot Soldier Performance Readiness Center where performance teams can provide an immersive training experience for soldiers, Bigelman said.

These may not need to be new construction projects, said Hibbard, who explained that the effort will assess each brigade’s needs and determine whether existing facilities can be renovated to serve as the purpose. The facility portion of the H2F is scheduled to begin in fiscal 2023 and may possibly go beyond fiscal 2026, he added.

The Army kicked off its H2F effort in October by releasing its new field manual for Holistic Health and Fitness, which replaces FM 7-22, the field manual for Army physical readiness training, Hibbard said.

The Army plans to incorporate H2F into professional military education courses at all levels, he said.

“As we move forward, we owe it to our men and women of our Army to provide them with the necessary tools to fight and win our nation’s wars, but we have to do that by protecting the whole soldiers physically before they deploy,” Hibbard said.

Related: Army Gives Its Official Support to the Time-Honored Practice of Field Napping

Ask Ms. Vicki: What About Jury Duty?
The Navy Got a Head Start on Remote Recruiting. When the Pandemic Hit, It Paid Off