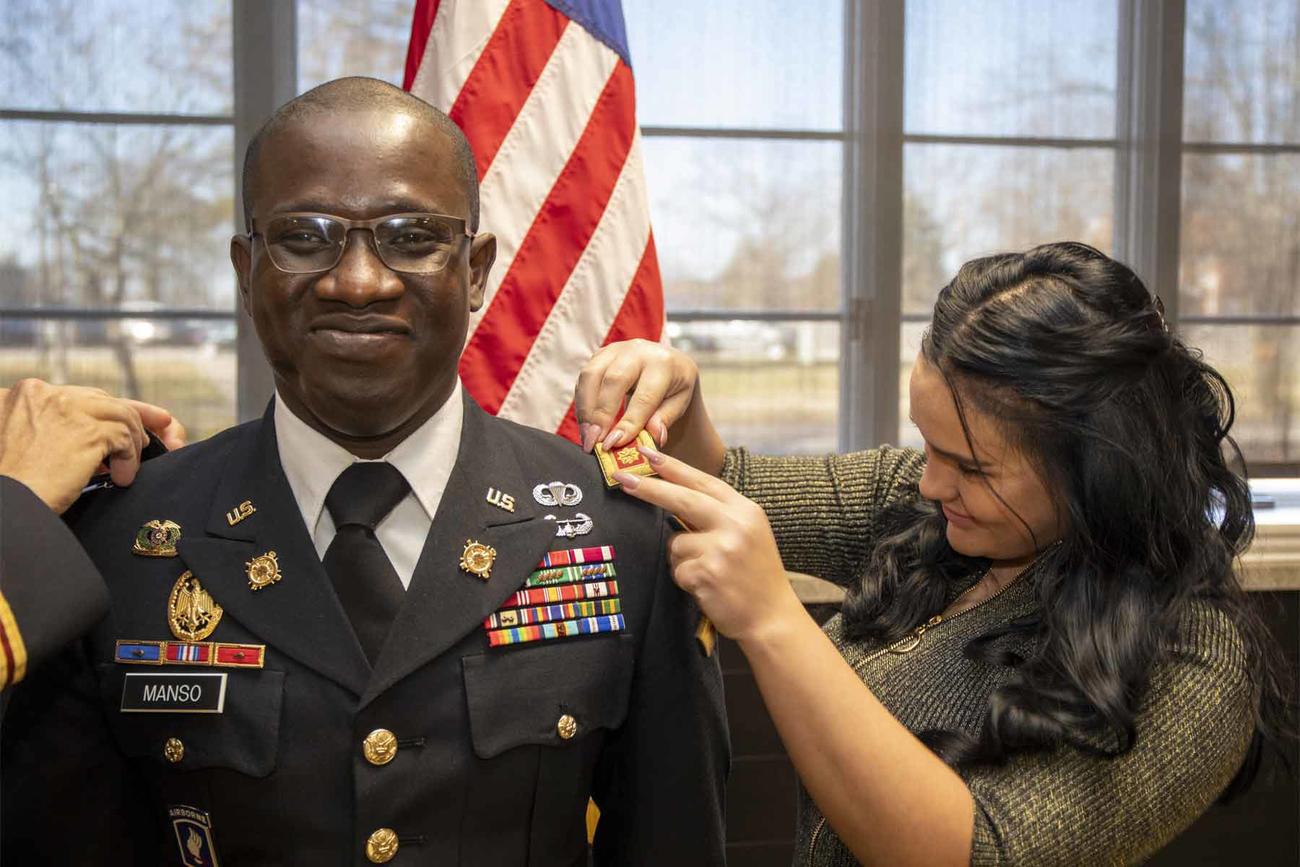 As part of the upcoming round of the Army’s new officer assignment system, a select group of officers could get promoted early if chosen for typically hard-to-fill jobs across the service.

Known as brevet, or spot, promotions, Congress granted the Army this authority to move lower-ranking officers into critical unit positions as part of the Fiscal 2019 National Defense Authorization Act.

The Army has identified 770 authorized positions that would ideally be filled by 120 captains, 350 majors, 200 lieutenant colonels and 100 colonels, but could go to lower-ranking officers who are qualified for the position, said Col. Michael Kuzara, the Employ team lead for the Army Talent Management Task Force. He spoke at the Association of the United States Army’s annual meeting during a briefing on the next round of the Army Talent Alignment Process (ATAP) scheduled to begin on Thursday.

About 16,000 officers are expected to participate in this latest round of ATAP, a regulated, online market designed to better match an officer’s talents to a unit’s requirements. About 1,000 of the officers in the round had their assignments delayed because of the Pentagon’s stop move policy to limit the spread of the COVID-19 pandemic.

Read Next: Navy Will Review its Ban on Beards After Sailor Feedback

The brevet program selects officers for temporary promotion to serve at the next higher rank in a critical job, entitling those officers to receive the pay and benefits of the higher ranks, Army officials said.

“This is a recognition of how we value that lower-ranking people are filling these positions and deserve to be compensated for filling that hard-to-fill position,” Lt. Col. Kari McEwin, spokeswoman for the Talent Management Task Force, told Military.com. “The jobs might be in a location that is typically not desirable for people to go, or a position where there are not enough officers in grade to go around.”

There could be a major’s position available that’s typically not open to captains, McEwin said.

“That unit could select the captain over the major if the captain has the characteristics that the unit is looking for,” she said.

Currently, there are 335 critical positions that have been identified by units for brevet authorizations. About 100 of those positions will be available in this upcoming ATAP cycle, Kuzara said.

In addition to the 335 spots identified, another 254 possible brevet positions are available for commanders to make nominations for those positions to be filled outside of ATAP, McEwin said.

The Army is preparing to promote the first batch of officers selected under brevet during the first ATAP last year.

“We have 32 officers who will be getting brevet-promoted this month,” Kuzara said. “Those will be the first in many decades.”

Officers and units participating in the latest round of ATAP will have between Oct. 15 and Dec. 9 to take advantage of the Army Talent Alignment Algorithm to match officers with units for moves planned for next summer, Kuzara said.

The algorithm is based on a Nobel Prize-winning model that matched medical residents with residency programs at hospitals, he added.

About 14,500 officers participated in the first round of the Army’s ATAP last year.

“We find this to be very encouraging, especially when there were as many as 200 choices in some of these markets so to get one of your top three, or even top 10, is a very good outcome for officers and units,” he said.

Related: Here Are the Results from the First Round of the Army’s New Assignment Process