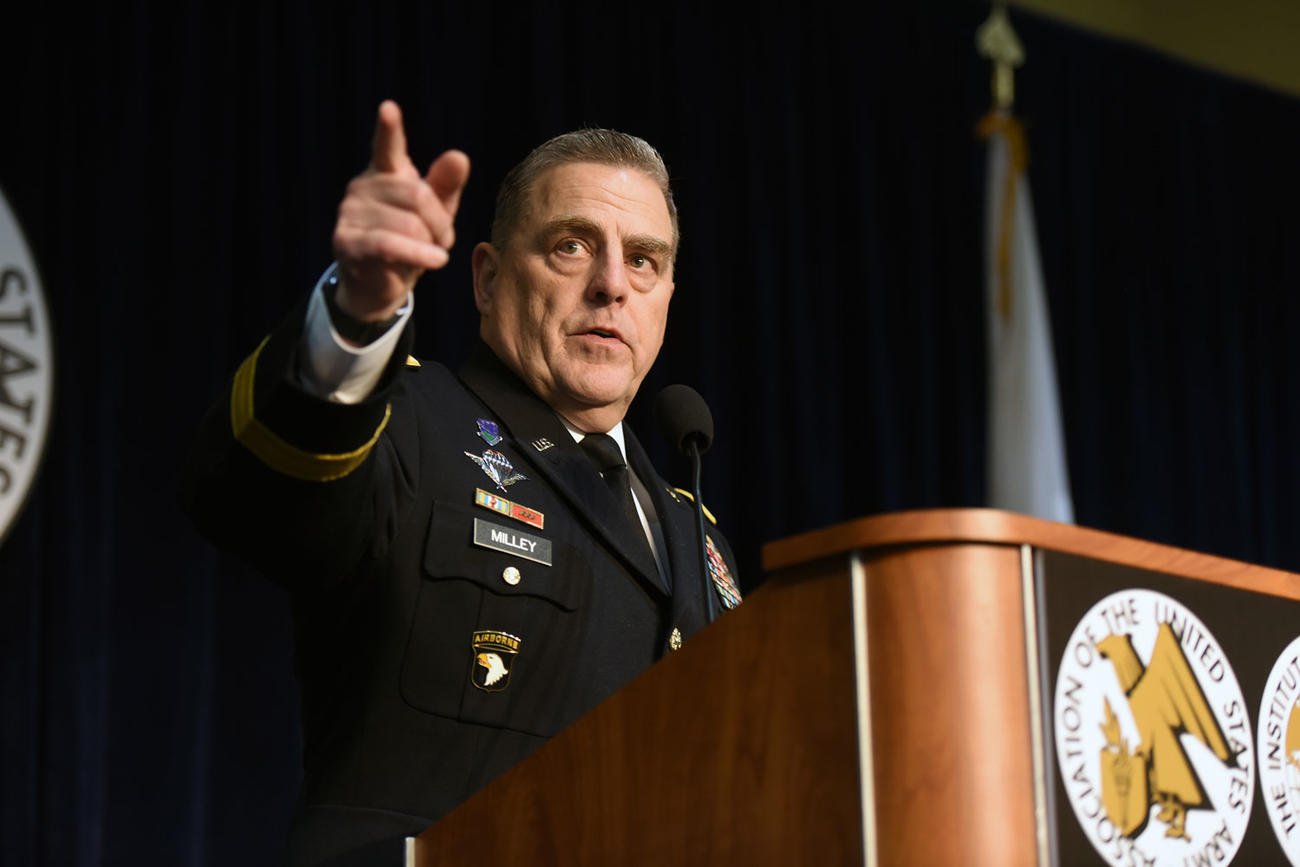 The military is committed to its long apolitical tradition, so there is “zero” chance that troops will be sent into the streets in the event of disputed results in the November presidential election, Joint Chiefs Chairman Gen. Mark Milley said Monday.

“There’s no role for the U.S. military in determining the outcome of a U.S. election. Zero. There is no role there,” he said in an interview with National Public Radio’s Steve Inskeep that aired early Monday.

Read Next: Why the USS Cole’s Commander Pushed to Keep His Crew Together After Deadly Bombing

“We have established a very long 240-year tradition of an apolitical military that does not get involved in domestic politics,” Milley said.

He added that he is confident the courts, Congress and local authorities are prepared to handle a contested election outcome in the race between President Donald Trump and former Vice President Joe Biden.

The prospect of a disputed election has been brought up repeatedly by Trump, who has questioned the validity of mail-in ballots and suggested that he might not accept the results if he loses.

When asked at a Sept. 23 White House news conference whether he would commit to a peaceful transfer of power if he loses, Trump said, “Well, we’re going to have to see what happens. You know that. I’ve been complaining very strongly about the ballots.”

“This isn’t the first time that someone has suggested that there might be a contested election,” he said. “And if there is, it’ll be handled appropriately by the courts and by the U.S. Congress.”

The nation has responded to disputed elections in the past by adhering to the rule of law, Milley said, “and I’m quite confident that that will be the case this time around, as it has been several times before.”

Related: Milley Says No Role for Military in Presidential Vote