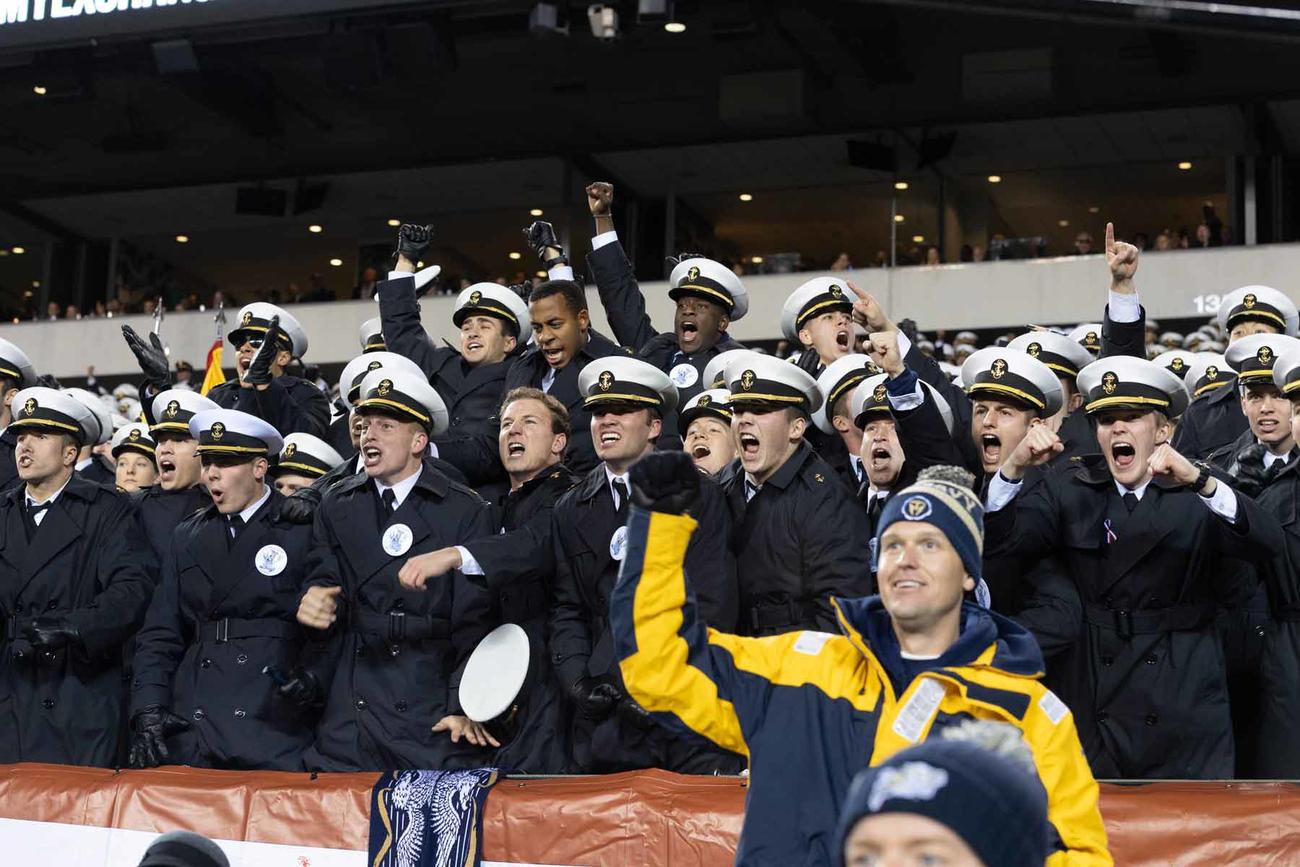 There will be fans in the stands to support the Navy football team during Saturday night’s home game against Temple.

The Brigade of Midshipmen was not allowed to attend Navy’s home opener against Brigham Young University on Labor Day, and Navy athletics announced on Sept. 29 that fans would not be allowed to attend Saturday’s game.

“We were pleased to work closely with Naval Academy leaders to allow the Brigade of Midshipmen to safely attend this weekend’s football game,” Hogan said in a statement released by his office. “It gives us a great deal of pride to have the Naval Academy here in the State of Maryland, and I want to thank Vice Admiral Buck for prioritizing testing protocols and developing a plan that puts the health and safety of the Midshipmen first.”

The academy plan features numerous safety protocols designed to reduce the possible spread of the coronavirus.

Midshipmen will be seated in the 18,000 seats in the lower bowl in a socially distanced-manner by company and with small roommate pods. They will remain masked the entire game. All midshipmen, support staff and stadium personnel will have symptom and temperature screenings. Concessions will be limited to bottled water; restrooms will be limited to 50% capacity with one-way traffic patterns; hand sanitizer and sanitizing wipes will be provided, and parking lots will be closed to prevent tailgating.

It’s not clear if the Brigade of Midshipmen will march from the Naval Academy to the stadium or if they will be bused.

The Naval Academy has reported a 0% positivity rate since Sept. 30, and in-season varsity sports teams are being tested three times per week, the academy said in announcing the plan.

“We greatly appreciate the consideration taken by state and local officials in approving our request for the Brigade of Midshipmen to safely cheer on our football team in the stands this weekend,” Buck said in a prepared statement. “I want to extend my personal thanks to Governor Hogan and Anne Arundel County Executive [Steuart] Pittman for trusting the Naval Academy to develop and execute a game day plan that safeguards the health of our midshipmen as well as the local community and state of Maryland.”

Buck attended the Navy-Air Force game in Colorado Springs, Colorado, Saturday and was reportedly impressed by the atmosphere provided by the Cadet Wing. All Air Force cadets attended the game at Falcon Stadium and sat in small pods throughout Falcon Stadium, which has a seating capacity of 46,692.

Buck submitted the plan to have the Brigade of Midshipmen attend the game to Hogan’s office this week. Jinlene Chan, acting deputy secretary for public health services, approved it.

Wednesday afternoon coach Ken Niumatalolo said it would be great for the team to have some midshipmen at the game.’

“I think it would be good for the mids, too,” he said. “We would love to have midshipmen there. Any advantage we can get, we need.”

“Most definitely. It was only 4,000, but it sounded sold out. I think it made an exciting environment to hear people in the crowd yelling,” Kinley said.

In advancing to the next step of Maryland’s reopening plan last month, Hogan allowed up to 250 people to attend events at outdoor venues. The Ravens allowed 250 immediate family members at M&T Bank Stadium for their game against the Kansas City Chiefs on Sept. 28.

Fans have been allowed at many college football games throughout the country this fall.

This article is written by Bill Wagner from The Capital, Annapolis, Md. and was legally licensed via the Tribune Content Agency through the Industry Dive publisher network. Please direct all licensing questions to legal@industrydive.com.