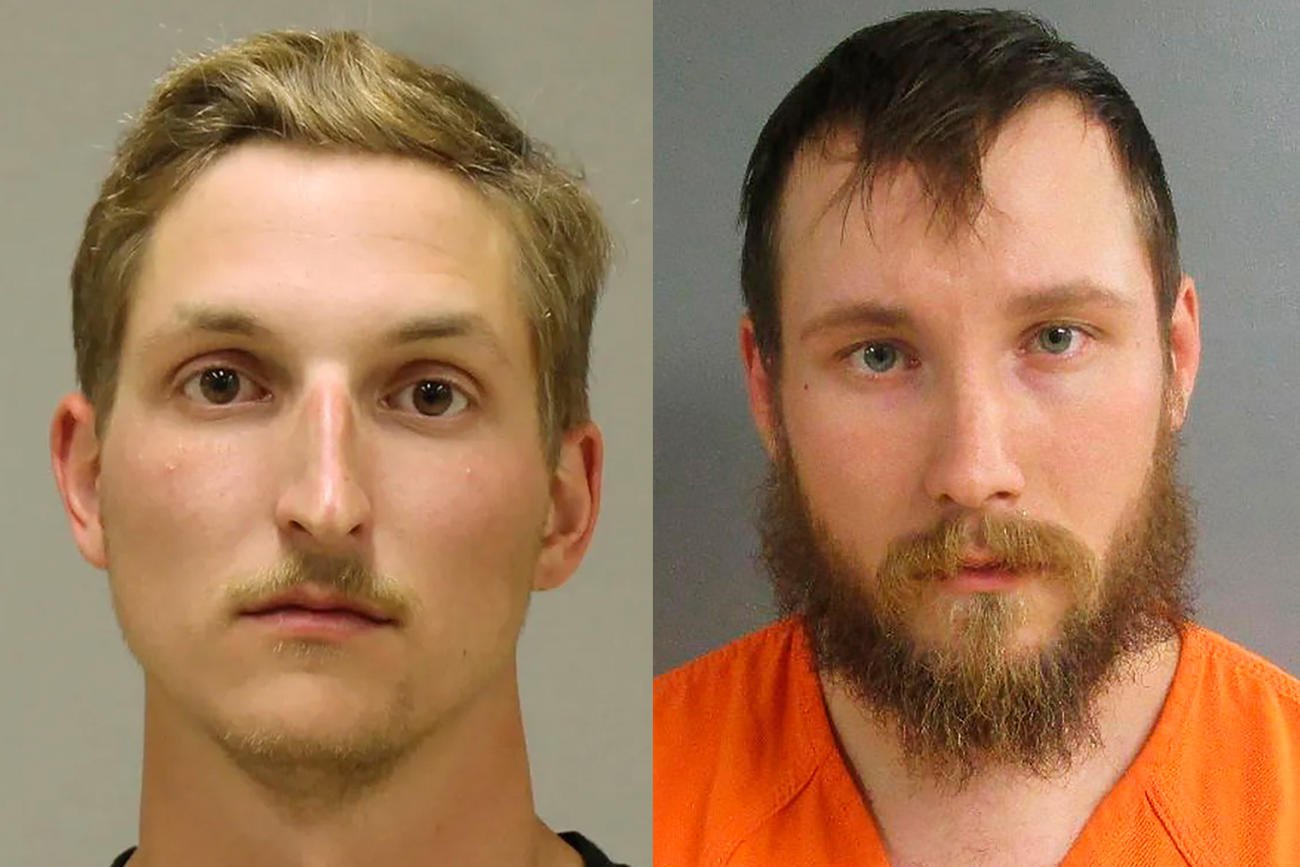 Two of the 13 men arrested in an alleged militia plot to kidnap Democratic Michigan Gov. Gretchen Whitmer served in the Marine Corps, and one was discharged from the military on the same day he was arraigned on felony charges, officials confirmed Saturday.

Joseph M. Morrison, 26, of Munith, Mich., was a lance corporal in the Marine Corps Reserve who was discharged Thursday for reasons unconnected to the allegations, Marine Corps spokesman Capt. Joe Butterfield said in a statement.

Daniel Harris, 23, of Lake Orion, Mich. is a former corporal, who was discharged June 1, 2019, according to information provided.

Marine Corps Times was among the first to report Morrison and Harris’ Marine Corps history.

“We can confirm Joseph Morrison and Daniel Harris were previously in the Marine Corps,” Butterfield said in a statement. “We are aware of the circumstances surrounding the two individuals, and will assist the investigating authorities in any way we can. The serious allegations are not a reflection of the Marine Corps, do not reflect the oath every Marine takes to support and defend the constitution, and do not align with our core values of honor, courage, and commitment.”

On Oct. 8, federal and Michigan state officials announced charges against the men, describing a detailed scheme to kidnap Whitmer, including an extended period of surveillance on her vacation home and plans to detonate explosives on a nearby bridge to keep law enforcement officers away.

Harris is alleged to have been a key instigator in the plot who appeared to push for violence against the governor.

According to the criminal complaint against the six men alleged to be at the heart of the conspiracy, he told the others in an encrypted group chat, “Have one person go to her house. Knock on the door and when she answers it just cap her.”

Morrison was allegedly a leader in the Wolverine Watchmen militia group, and had an online nickname: “Boogaloo Bunyan.”

Whitmer has been a target of anger by many anti-government activists for her aggressive policies implemented to limit the spread of the novel coronavirus.

Both Harris and Morrison face federal felony charges. Morrison’s charges include making a threat of terrorism, gang membership, providing material support for terrorist acts and carrying a firearm while committing a felony, officials have said. Harris’ specific charges are unclear.

According to Marine Corps personnel records, Morrison entered the Marine Corps Reserve March 2, 2015, and was promoted to lance corporal in December of that year. He was an engineer equipment mechanic assigned to Engineer Support Company, 6th Engineer Support Battalion, 4th Marine Logistics Group, out of Battle Creek, Mich.

Harris entered the Marine Corps June 15, 2015 and was promoted to corporal June 1, 2019, two weeks before his discharge. He was a rifleman assigned to 3rd Battalion, 2nd Marine Regiment, 2nd Marine Division, out of Camp Lejeune, N.C. He had earned the Marine Corps Good Conduct Medal and had deployed to Japan from Aug. 2016 to Feb. 2017.

At Naval Station Norfolk, a Different Kind of Bucket Line to Fight Fires
Take This Easy Day If You Need a Break From High Reps and High Miles of Training