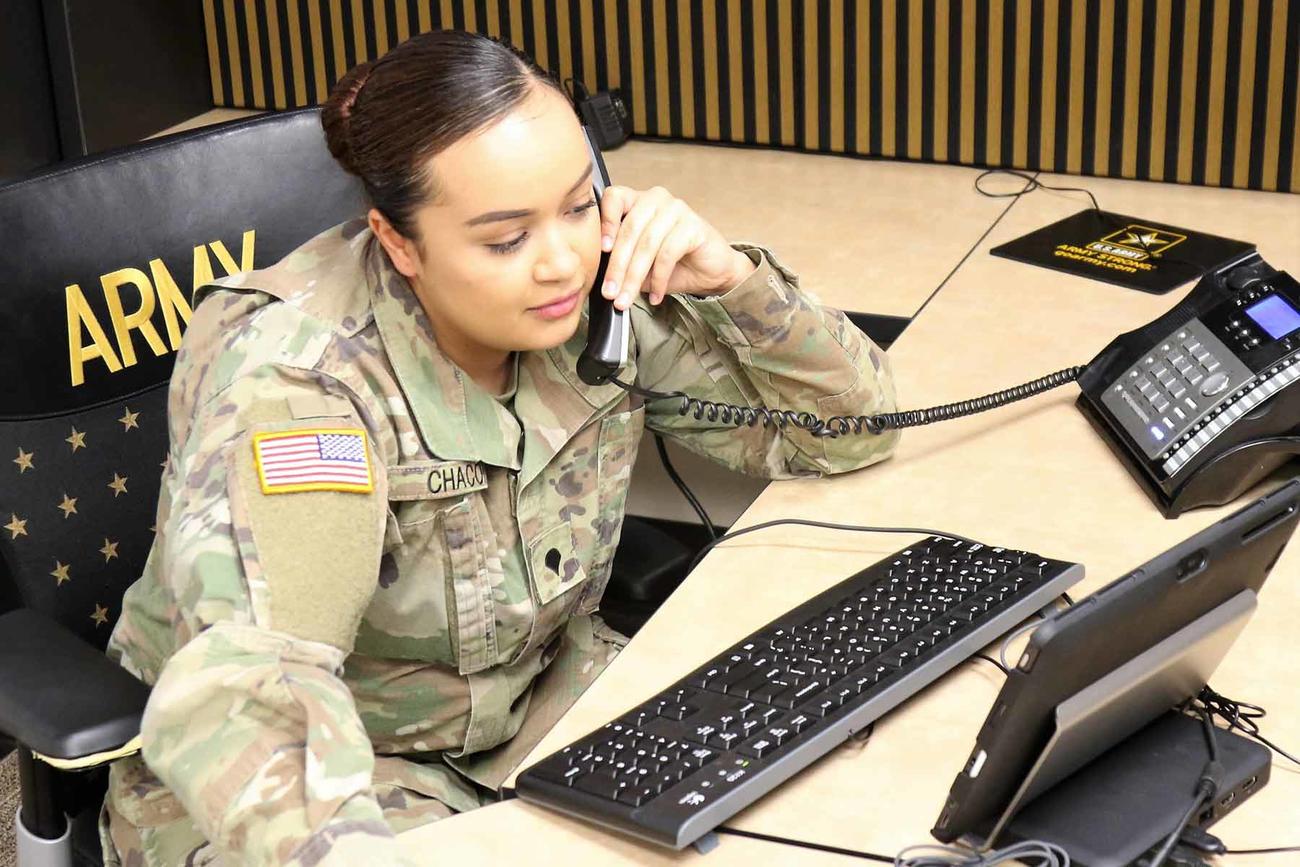 The U.S. Army wants to add more female recruiters as part of an expanded effort to bring more young women into the ranks.

“We definitely have seen positive results with women,” Vereen told reporters at a virtual roundtable Friday.

“We have made a conscious effort to place more women into recruiting; we are not where we need to be, but I can’t overstate the effectiveness of our women, our female recruiters in our formation.”

Vereen said Army Recruiting Command has seen a “huge benefit” from female recruiters and their ability to connect with female future applicants.

“I tell all my male recruiting noncommissioned officers ‘you can’t walk in a female’s shoes and explain the experiences of what will occur as a female in our Army,'” he said.

“We have other requirements across the Army but we have really, really pushed to get more females across the Army and to me that has probably been the No. 1 factor that has helped us in trying to grow the population of females in the Army.”

“We are still about the 19% point for females [in the Army overall]; we are trying to raise that as well,” Evans said.

The Army now has women serving in infantry, armor and other combat arms units, four years after Defense Secretary Ash Carter opened all direct-combat jobs to women across all the services.

The Army wants to encourage women and other minorities to make careers as combat arms leaders as a path to making the Army’s future senior leadership more diverse, Evans said.

“We draw most of our most senior general officers, the three- and four-stars, from about four basic branches infantry, armor, artillery and aviation,” Evans said.

“That really is the desire to ensure we have people on the bench … 25 to 30 years down the road when we are deciding who our senior leaders are and make sure we’ve got great diversity there as well.”

Evans said he didn’t have the racial demographic breakdown for the more than 6,000 new lieutenants for fiscal 2020. Last year, the breakdown was 12% African American, 11% Hispanic, 8% Asian American pacific islander and 2% of other minority demographics, he said.

“We expect to have a little bit better numbers this year,” Evans said.

About 47% of active Army enlisted recruits are from minority populations, Vereen said, explaining that the trend over the past two to three years has about 45%.

When minorities want to serve in the Army “what we want to do is we want to give them really what they want in most cases, Vereen said.

“What resonates with them, what interests them — that is kind of what we focus on,” Vereen said. “We would love to balance more of the minority population across all of our [military occupational specialties], but at that end of the day, it’s also about trying to balance their wants and desires because they really came to us to ask to serve. … We look at the wants and needs of every individual.”

6 Reasons You Should Try Telehealth If You Haven’t Already
At Naval Station Norfolk, a Different Kind of Bucket Line to Fight Fires