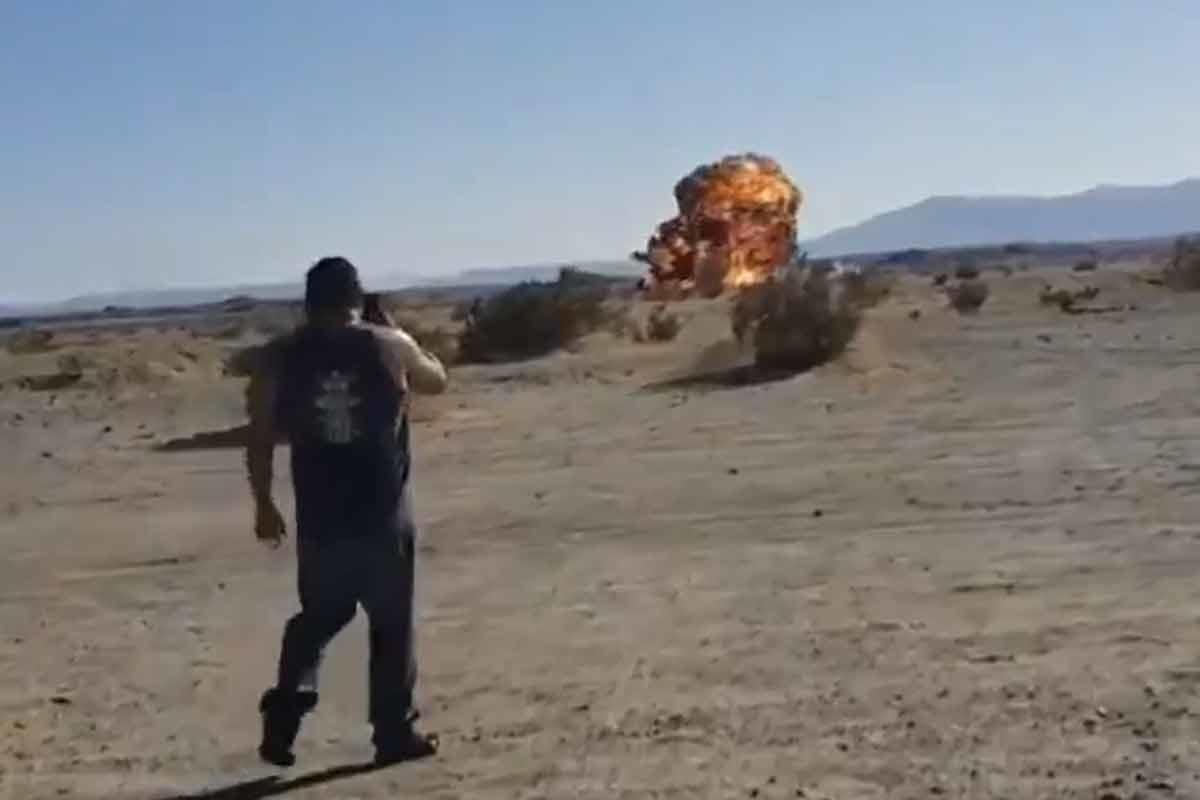 This article by Jared Keller originally appeared on Task & Purpose, a digital news and culture publication dedicated to military and veterans issues.

A video circulating on social media appears to show the fiery crash of a Marine Corps F-35 Joint Strike Fighter in southern California following a mid-air collision with one of the service’s KC-130J Hercules refueling aircraft.

Miraculously, all involved survived the incident.

The video, first reported by our friends at The War Zone, was taken by observers on the ground and shows the aircraft plummeting to the earth followed by a massive fireball:

The F-35B pilot was able to eject successfully and is currently undergoing treatment for unspecific injuries, a Marine Corps spokesman told Military.com.

According to the 3rd Marine Aircraft Wing, the KC-130J made an emergency landing close to nearby Thermal Airport, where an unspecified number of crew members are undergoing treatment for “mild injuries.”

The Class A mishap, the Marine Corps’s third this year, is currently under investigation, Military.com reports.

• No, military women are not getting pregnant to avoid deployment  ’