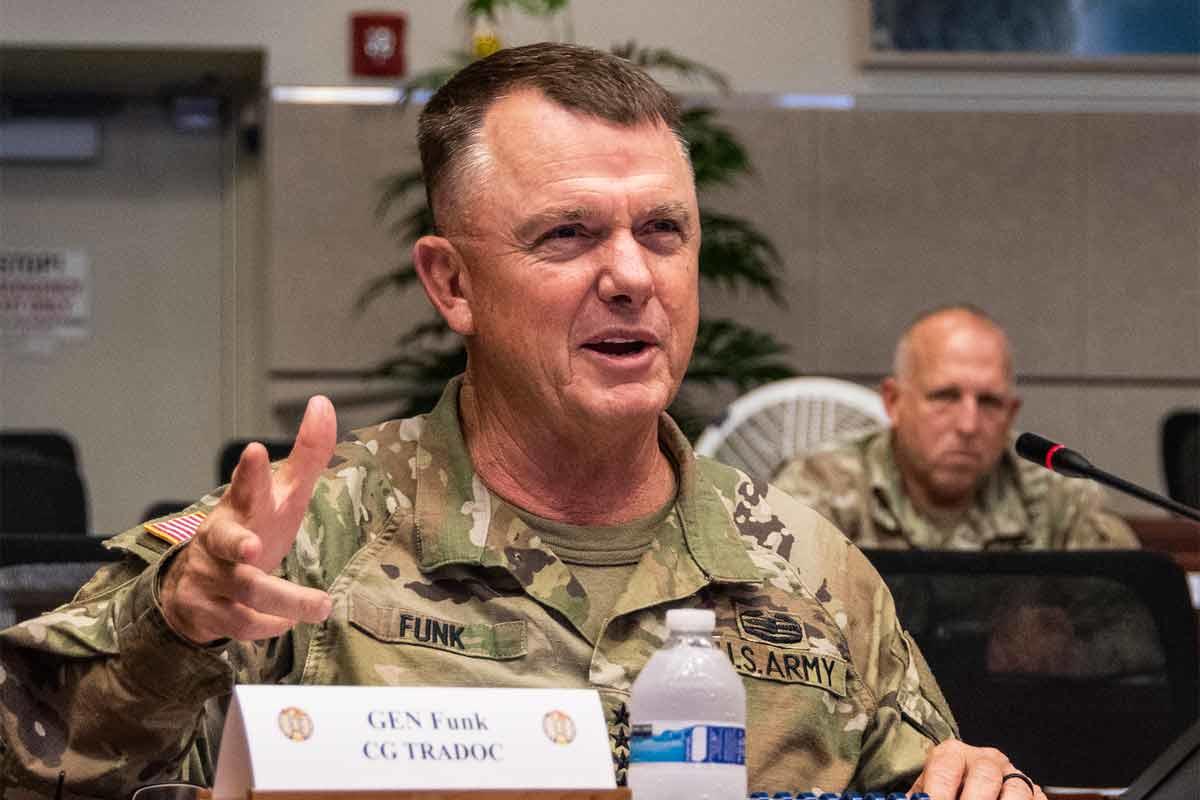 Following reports of a significant uptick in military suicides, the general in charge of Army Training and Doctrine Command suggested that all soldiers be required to see a behavioral health professional once a year.

“In my opinion, just like we have to go see the dentist, we all ought to have to see the behavioral health specialist once a year,” Gen. Paul E. Funk II told an audience at the Army‘s 2020 Fires Conference.

During his remarks, Funk said that Army leaders must work harder to build more trust inside units to ensure soldiers don’t feel isolated.

“We’ve got to try to turn the corner on the suicide issue, and we’ve got to work hard to make people feel like they are part of our organization that can turn to us in times of need,” he said.

Suicides in the active Army ranks have increased by 30% since the COVID-19 pandemic took hold in the United States earlier this year, Newsweek reported. Meanwhile, suicides increased about 20% across all branches of the military compared to 2019.

Part of building cohesive units is “we take care and look out for one another and we have to keep doing that,” Funk said.

“I think maybe we need to do something like that because, frankly, that’s the only way you are going to take the stigma away — is if everybody has to do it,” Funk said.

Units also need to return to practices that were common before the days of back-to-back deployments: Having leaders visit soldiers during off-duty hours.

“Remember that the Army is not a nine-to-five job,” Funk said, describing how leaders in the past would welcome new members to their units by visiting them at their off-post housing.

“Stop by with a plate of cookies … to gain access to the home where your soldiers are living and kind of look around and kind of understand the kind of environment they have put themselves into,” he said. “We used to do that routinely, and with 19 years of combat we let that go. … If you take great care of your people, you cannot lose.”

RBG Was a Military Spouse, Too: Here’s How She Impacted Us
Fire on Navy Cruiser Antietam Injures 13 in Philippine Sea