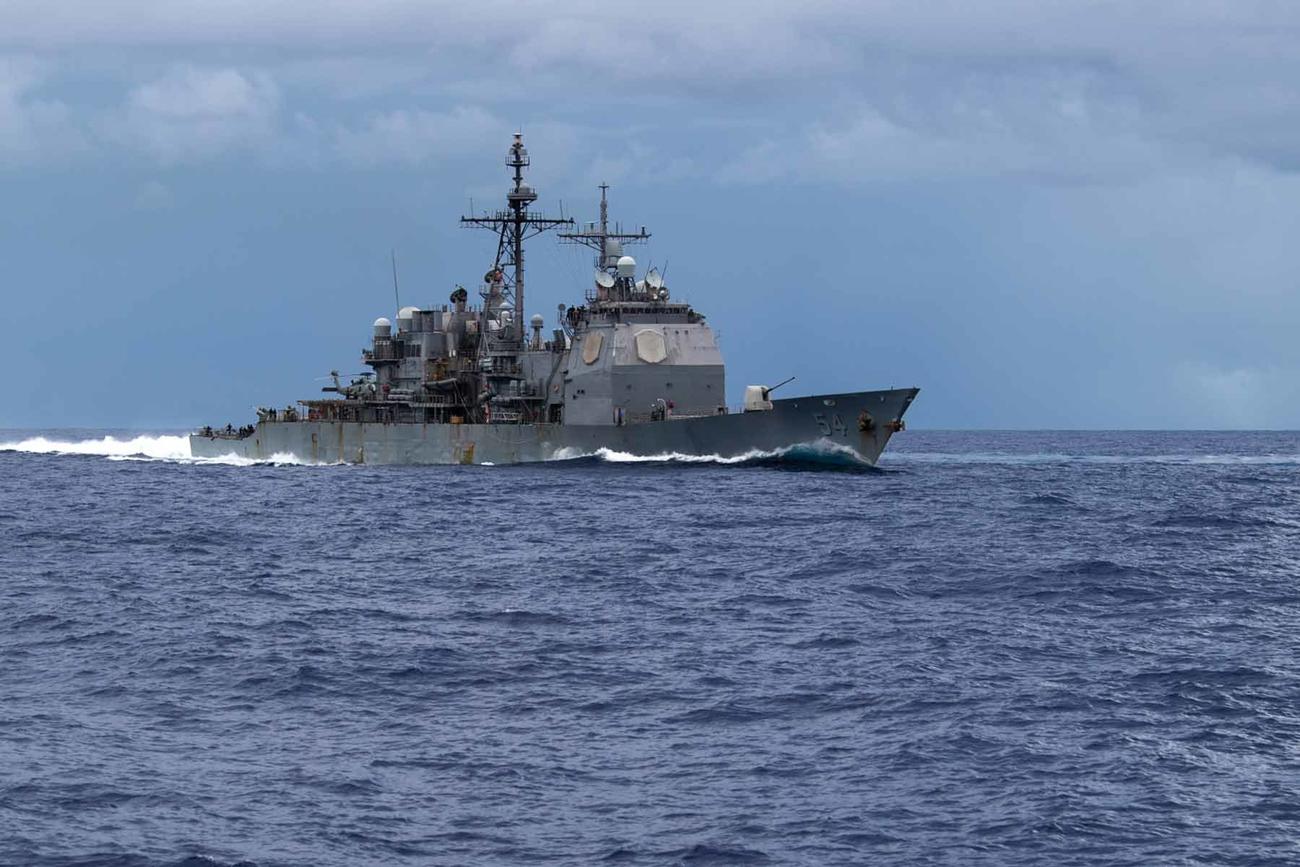 More than a dozen crew members on a Navy ship operating in the Pacific were injured last week when a fire broke out on their vessel.

The guided-missile cruiser Antietam suffered a small fire in an engineering space on Sept. 24, Cmdr. Reann Mommsen, a spokeswoman for the U.S. Seventh Fleet, said. The ship was in the Philippine Sea at the time, she said.

“During the response, 13 crew members experienced minor injuries, were treated by the ship’s medical team, and returned to duty,” Mommsen added. “An investigation into the cause of the fire is underway.”

The Antietam’s crew members quickly extinguished the fire, which was first reported by Stars and Stripes. There was no damage to engineering equipment, and the cruiser remains “fully operational,” Mommsen said.

The fire is the fourth to break out on a Navy ship in recent months. The biggest blaze occurred aboard the amphibious assault ship Bonhomme Richard on July 12. The ship was undergoing maintenance in San Diego at the time, and defense officials said last month that arson is now suspected.

The amphib suffered serious damage to most of the ship’s decks. Navy officials are still assessing whether it is worth the cost to make repairs.

Less than a week after the Bonhomme Richard started, another blaze on the amphibious assault ship Kearsarge prompted the Navy to issue a “stop work order” to a Virginia shipyard, Defense News reported. That fire started from a spark during welding on July 17 and was quickly extinguished, according to the outlet.

On July 20, there was another fire on the aircraft carrier John F. Kennedy, in a Newport News, Virginia, shipyard. No one was injured in that fire, which Jennifer Boykin, Newport News Shipbuilding’s president, said in a Facebook post was put out quickly.

“Although the fire was put out quickly, we did experience heavy smoke and immediately evacuated the entire ship,” Boykin added. “The damage was contained to the compartment where the fire occurred, and we are investigating the cause.”