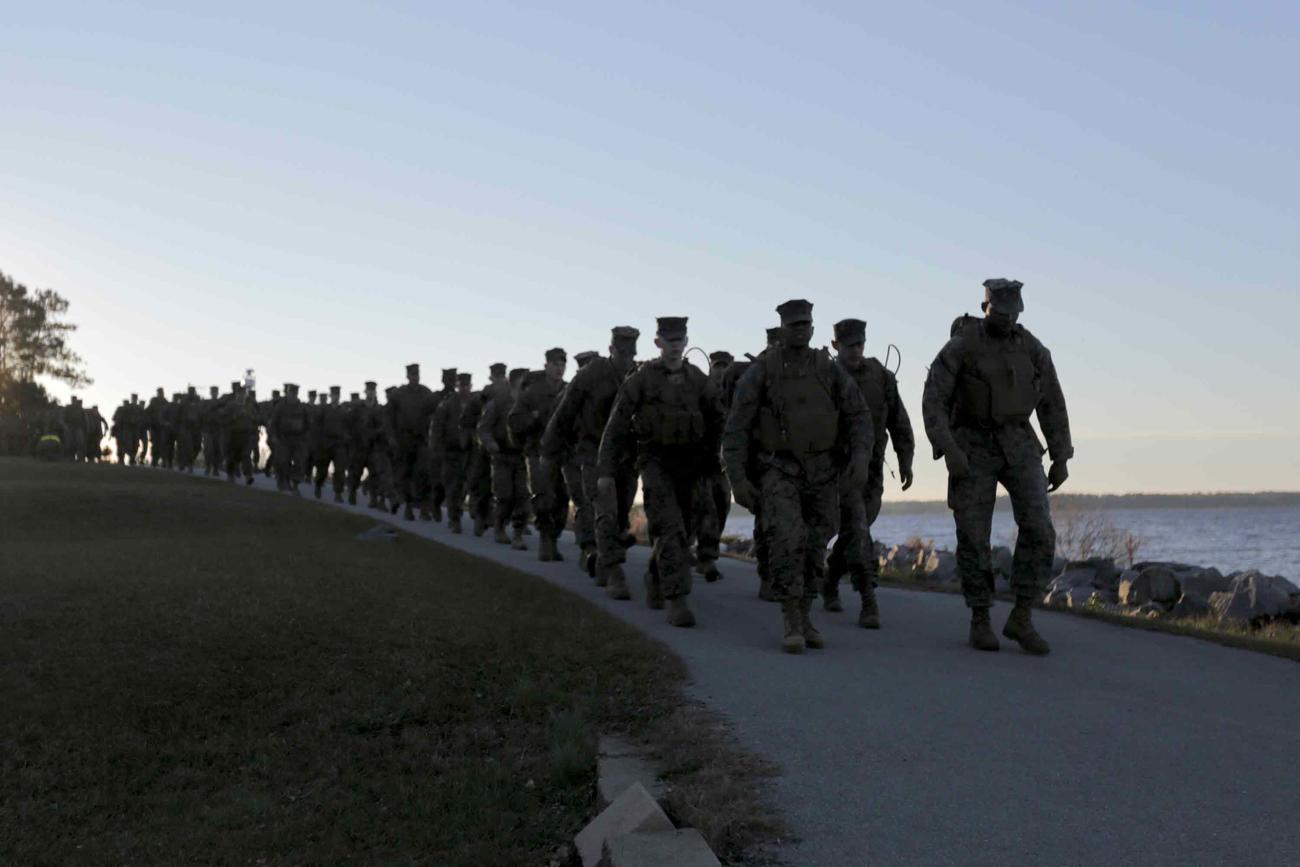 Three Marine Corps families are taking on their landlords at Camp Lejeune, North Carolina, alleging that the private companies that run base housing failed to provide safe residences or respond to complaints of mold, mildew, water intrusion, roaches and maintenance problems.

In a class-action lawsuit filed Sept. 18 in the U.S. District Court of Eastern North Carolina, attorneys for the families said their clients lived in “unacceptable, unsanitary, unsafe, unhealthy and intolerable conditions” in base housing.

The suit charges that the companies — Atlantic Marine Corps Communities, a division of the Australian-based firm Lend Lease, partnered with Winn Management — “placed profits over tenants” by ignoring requests for repairs or making superficial fixes without addressing the root problems.

“These three brave service member families are not just suing for themselves,” lead attorney Joel Rhine said in a release. “They are trying to get relief for their friends and neighbors too. Military families deserve security and dignity in their homes.”

The families of First Sgt. Scott Johnson and Staff Sgt. Garrett Burn lived in the base’s Knox Landing development, where they battled mold resulting from water leaks into their homes through lighting fixtures, electrical sockets, window frames and the heating and air conditioning system.

The wet, moldy conditions worsened after the base was struck by Hurricane Florence in September 2018, causing more than $3.6 billion in damage.

The third family, Cpl. William Lewis and his wife Lakin, moved into a roach-infested home in Tarawa Terrace with a nonfunctioning air conditioning system, according to the suit. Rather than accept complaints from the Lewises, the housing office told the couple that the roaches and high temperatures inside their house were consequences of their actions — that they didn’t maintain a clean home or must have left windows or doors open.

“These were baseless attempts to shift blame away from the landlord and exhaust the tenant,” the suit alleges.

The lawsuit is similar to a class action brought by three soldiers at Fort Bragg, North Carolina, against their housing provider, Corvias, alleging that the company knowingly leased homes with moisture problems that threatened the health and safety of the troops’ families.

That suit seeks in excess of $5 million in damages. The Camp Lejeune suit does not list an amount; instead, it seeks a jury trial and an amount in damages to be determined at trial.

The Camp Lejeune and Fort Bragg suits are the latest in a series of legal complaints filed against the companies that operate military housing across the U.S. Lend Lease faces suit from nine military families at Fort Hood, Texas, while Corvias has been sued by 10 families at Fort Meade, Maryland, over mold, faulty wiring, moisture intrusion and other dangerous living conditions.

A jury awarded a Marine Corps family $2 million last year for damages related to mold in their home in San Diego, leased to them by Lincoln Military Housing, but a California judge ruled the amount “excessive” and ordered a new trial. The family of Staff Sgt. Matthew Charvat has appealed.

A Marine family was awarded $350,000 in 2016 for damages related to mold in their Lincoln Military Housing-managed home in Norfolk, Virginia.

Issues with privatized housing at Defense Department installations came to a head in early 2019 as numerous families pressed for relief from unhealthy and unsafe conditions in their homes, including lead contamination, faulty construction and pest infestations.

In response to a congressional mandate, the DoD developed a bill of rights for tenants that increases their access to landlords and maintenance staff and accelerates the process for requesting maintenance or repairs.

The tenant bill of rights also aims to protect tenants from reprisal or retaliation for reporting problems with their housing, stating that no tenant will be subjected to career interference, increased rent, decreased services, harassment or eviction.

It also gives them access to a tenant representative or military legal assistance attorney for resolving disputes and filing claims.

But it stops short of ensuring that families have access to a home’s maintenance records, a standard process for dispute resolution or the ability to withhold rent until disputes are resolved.

Pentagon officials said they needed to work with the companies to develop the policies for providing the remaining set of rights and have made “significant progress,” according to a memo sent to tenants June 1.

Lend Lease did not respond to a request for comment from Military.com on the Camp Lejeune lawsuit.

Congressman Accuses Former Navy SEAL Opponent of Harassment over 2015 Memoir
RBG Was a Military Spouse, Too: Here’s How She Impacted Us