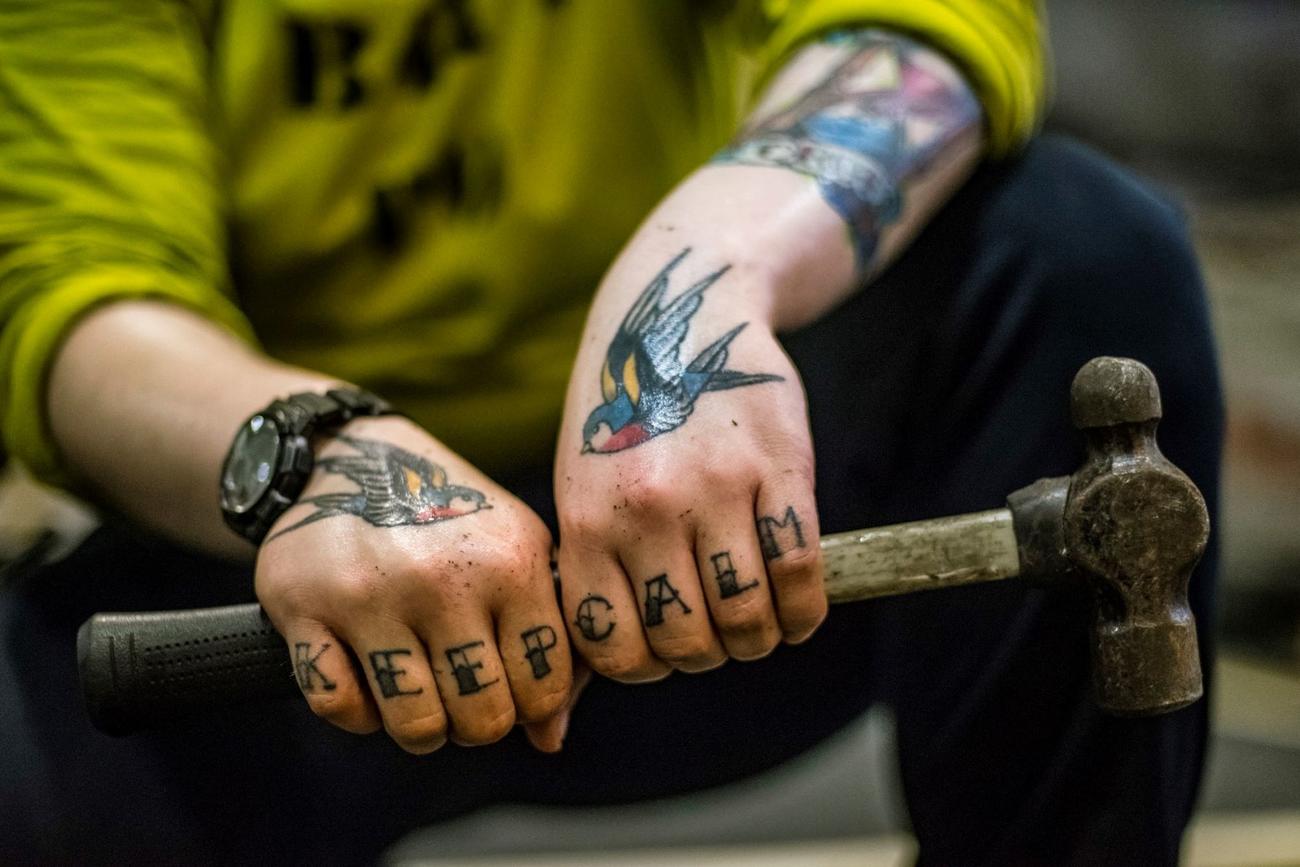 The Navy is considering opening tattoo parlors on its bases at “multiple locations,” including Naval Base Guam and Joint Base Pearl Harbor-Hickam in Hawaii, a Navy official said Friday.

News of the plan comes a few weeks after the official opening of a tattoo studio on Nellis Air Force base in Las Vegas, the first on a U.S. military base.

“The Navy Exchange Service Command has never operated or provided a vendor space for a tattoo parlor,” said spokeswoman Courtney Williams. “However, over the past couple of years, NEXCOM has been diligently researching and working closely with [Navy medical officials] to identify appropriate protocols and locations for potential tattoo parlors on Navy installations.”

Indeed, the Navy has “multiple locations in the hopper,” according to Williams, though plans have not yet been solidified or officially announced. The Navy is currently eyeing its Pacific outposts in Guam and Pearl Harbor for its first tattoo shops, with the expectation they will be open for business in about a year.

“Things are still getting ironed out. But we are definitely heading down that path,” Williams said. “And Popeye was a sailor, right?” she added with a laugh.

Much like the Air Force version at Nellis, Williams said the expectation is for the Navy to locate its studios inside the “mini-mall” of the Navy exchange, where you can find shopping, barbershops, and other concessions.

Tattoo culture often goes hand-in-hand with military life, perhaps more so in the Navy, where sailors sometimes staved off “boredom during long hours at sea” by doubling as tattoo artists, according to Naval History and Heritage Command.

Indeed, Norman Collins, the man behind the iconic “Sailor Jerry” brand of tattoos, was artistically inspired by his travels to China and Japan while in the Navy, and even today sailors can be found sporting a number of classic ink designs to mark significant events in their careers, including a “shellback” design to mark the crossing of the equator, or crossed anchors to show pride in their job as boatswain’s mates, which direct and supervise maintenance duties on a ship, according to Military.com.

“I think this is a great opportunity and a nod to American tattooings roots in the Navy,” said Shawn VanDiver, a Navy veteran with “sleeve” tattoos on both arms.

“It’s 2020 and getting away from a puritan view of what is good for sailors, and instead creating safe, affordable spaces for them to do the things they’re going to do anyway will result in much better outcomes.”

The Navy is the least restrictive service branch when it comes to tattoos. While other branches have outlawed sleeves or required tattoos to be small, the Navy in 2016 updated its policy to allow more ink so they wouldn’t “miss opportunities to bring in talented men and women willing to serve,” according to All Hands, the Navy’s official magazine.

The 2016 update gave the okay for one small neck tattoo and removed size restrictions for tattoos on the arms and legs. Still, some restrictions remained in place: “no tattoo located anywhere on the body can be prejudicial to good order, discipline, and morale, or be of a nature that brings discredit upon the naval service.”