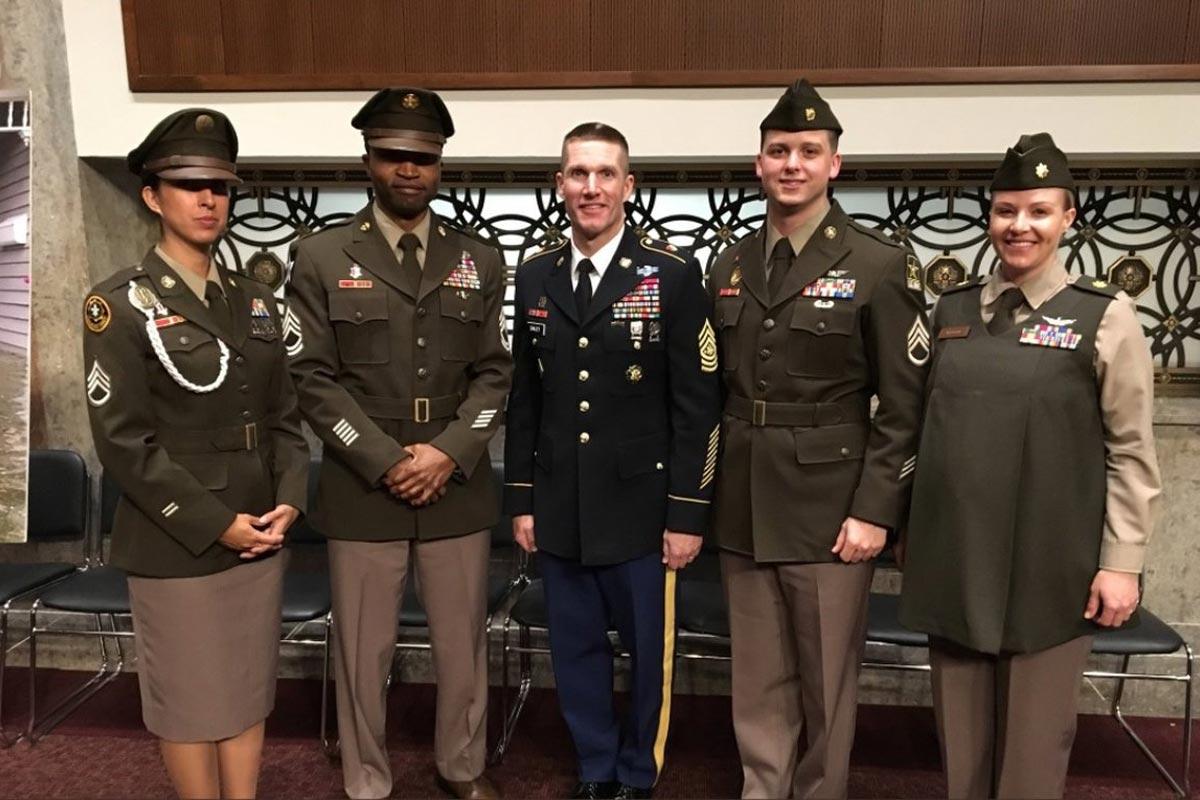 A giant pot of money intended to provide for pandemic relief needs and equipment within the Defense Department has been used to fund, among other things, the Army‘s new retro service uniform. And Congress is none too happy about it.

A new Washington Post report illustrates how the military spent $1 billion designated for shoring up stocks of masks and other medical supplies under the Defense Production Act, using it for shipbuilding and aircraft parts, among other things. A $2 million contract award was made in mid-June to the Connecticut-based American Woolen Company to produce the fabric needed to make the much-celebrated Army Green Service Uniform, designed in homage to the “Pinks and Greens” uniforms of the World War II era.

“The sustainment of this production capability will ensure the U.S. Government gets dedicated long term industrial capacity to meet the needs of the nation. This investment will leverage American Woolen Company’s manufacturing capabilities to commercialize the Army Green Service Uniform (AGSU) fabrics, enabling the government to diversify the supply chain and add a second source of innovation to the market.”

Army officials acknowledged a query from Military.com on the award but said they would need more than 24 hours to respond.

The award notices have been released publicly, and DoD officials have been direct about their belief that supporting the defense industrial base is a crucial part of pandemic relief. DefenseOne reported in June about a $135 million bundle of contracts awarded with Defense Production Act funds intended to “help sustain defense-critical workforce capabilities in body armor, aircraft manufacturing, and shipbuilding.”

Ellen Lord, the Defense Department’s undersecretary for acquisition and sustainment, defended the spending, telling the Post she was grateful for resources that protected key defense capabilities.

“We need to always remember that economic security and national security are very tightly interrelated and our industrial base is really the nexus of the two,” she said in a statement to the paper.

But the chairman of the House Armed Services Committee, Adam Smith, D-Wash., issued a statement Tuesday condemning the DoD’s apportionment of the funding.

“Instead of focusing on a clear, coordinated strategy to produce and acquire the medical supplies necessary to respond to the ongoing COVID-19 health crisis, the Trump Administration carved up this billion-dollar appropriation and spent three dollars on defense contracts for every dollar it spent on acquiring health resources,” Smith said. “I’ve long said that the Pentagon’s budget, which has continued to surge over time, is more than adequate to meet DoD’s operational needs. It is alarming that they have not properly aligned their spending with strategic priorities and continue to ask for more.”

He noted that the DoD has asked for $5.3 billion in additional funding under the DPA, and said officials had not provided “a properly detailed spending plan.”

The defense budget for fiscal 2020 contained $738 billion in total funding. While some of the money earmarked for the DoD under the CARES Act COVID-19 stimulus bill has gone to buying protective equipment and components — earlier this month, the DoD announced a $335 million contract award to nine U.S. companies for 73 million disposable isolation gowns to replenish the Strategic National Stockpile — recent testimony by Centers for Disease Control officials has highlighted outstanding needs, such as a continued shortage of N95 respirators.

While the Army Green uniform will soon be issued to soldiers at some Army training posts, it is not required for possession or wear for any soldier until Oct. 1, 2027.

How to Heal from Military Running Injuries: Prevention, Treatment and Back to Running
Naval Academy Midshipmen Not Allowed to Go Home for Thanksgiving, Will Stay in Annapolis