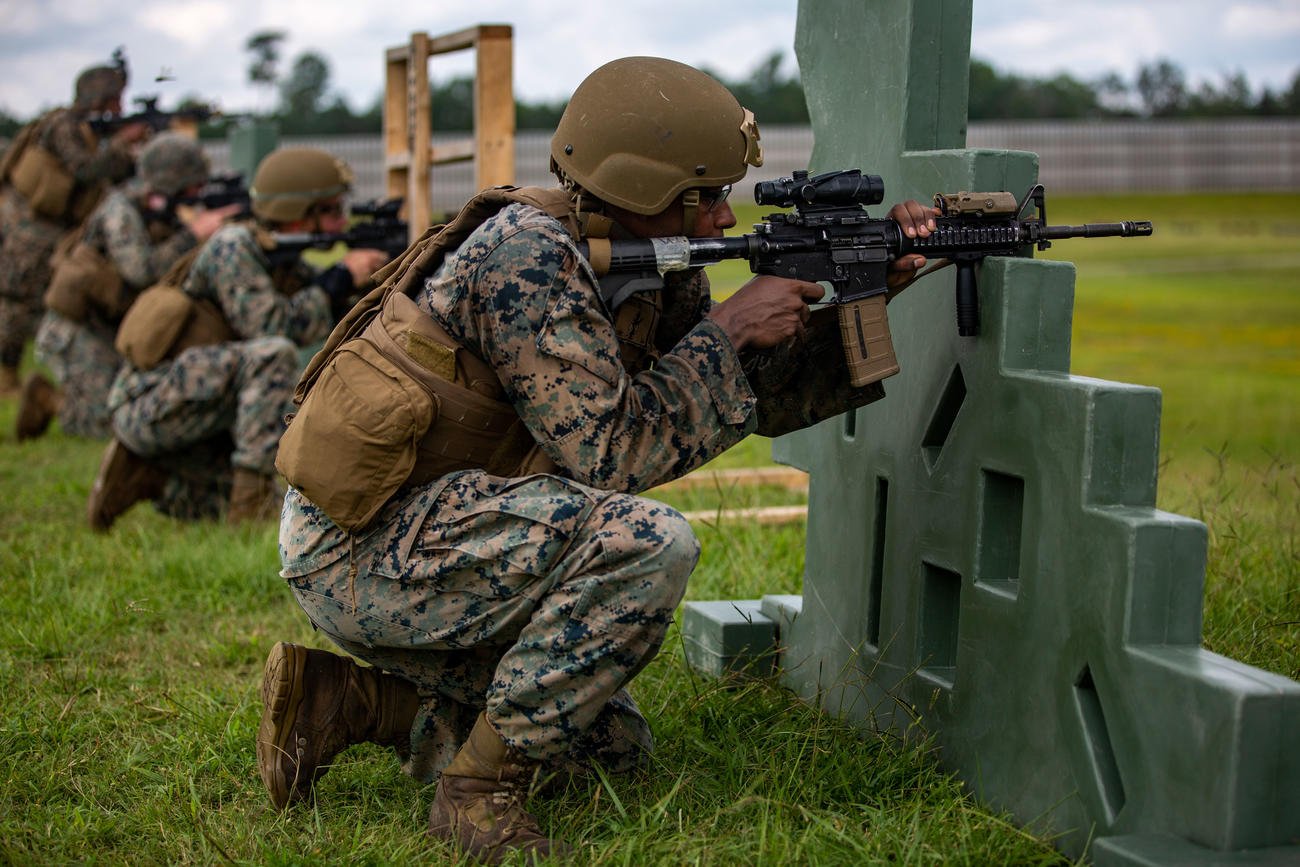 The new Annual Rifle Qualification (ARQ) will replace Annual Rifle Training (ART) with a challenging new course of fire that forces Marines to apply basic marksmanship skills in a more dynamic environment, which will include moving targets and night shooting scenarios.

The Marine Corps marksmanship community, recognizing the need to focus on lethality instead of standard marksmanship, drafted the new ARQ course of fire in October 2018 at the annual Combat Marksmanship Symposium.

“There was an assessment done, and we realized that the current method of rifle training and rifle qualification was not adequate to meet what the needs were on the battlefield for lethality from the Marine,” he added.

The current ART qualification course, which was created in 1907, has Marines engage targets at ranges of 200, 300 and 500 yards from the sitting, kneeling, standing and prone positions. There is also a portion that focuses on short-range engagements within 25 yards.

Marines at Lejeune recently got the chance to test the ARQ course of fire, which is expected to be in use across the Corps by 2021.

During the new course of fire, shooters will wear combat gear, including ballistic helmet and body armor, while shooting their assigned weapon, whether it be an M4 carbine, M16 rifle or the M27 infantry automatic rifle. Starting at the 500-yard line, Marines work their way forward to the 15-yard line, shooting at the same target the entire course of fire.

Marines will now shoot an exposed enemy target marked with lethal zones for the head and chest, instead of the standard “able” or “dog” targets.

“There have been quite a few significant … changes. The sitting position is no longer used in the rifle qualification course of fire,” Brown said in the release. “The prohibition of artificial supported positions has been removed, and the shooter can use artificial support throughout. They can use barricades, bipods, magazines or even a backpack.”

During firing, Marines will no longer mark the target after each shot; instead, the shooter will fire all rounds in the time allotted. The longest firing period is 45 seconds at the 500-yard line for five shots; the shortest is three seconds to perform a headshot from the 25-yard line.

Qualification badges will remain the same, but Marine Corps officials are still determining the new scoring system, according to the release.

Under the current qualification standards, Marines fire 50 rounds, worth five points each, depending on shot placement on targets. They must earn at least 190 points for the marksman badge; at least 210 for sharpshooter; and a minimum of 220 to earn expert.

For the new ARC system, each shot will be scored as “destroy,” “neutralize,” “suppress” or “miss,” with “destroy” being the only shot counting for points, the release states.

Brown expects that the changes under ARQ will result in a significant decrease in the number of Marines who qualify as expert, compared to 2019, when 65% of Marines scored expert under the ART system.

“I think they have made the range harder,” Brown said. “We have seen the effect that the environment, with the heat and the length of time they are exposed in the elements, has had on the Marines.”