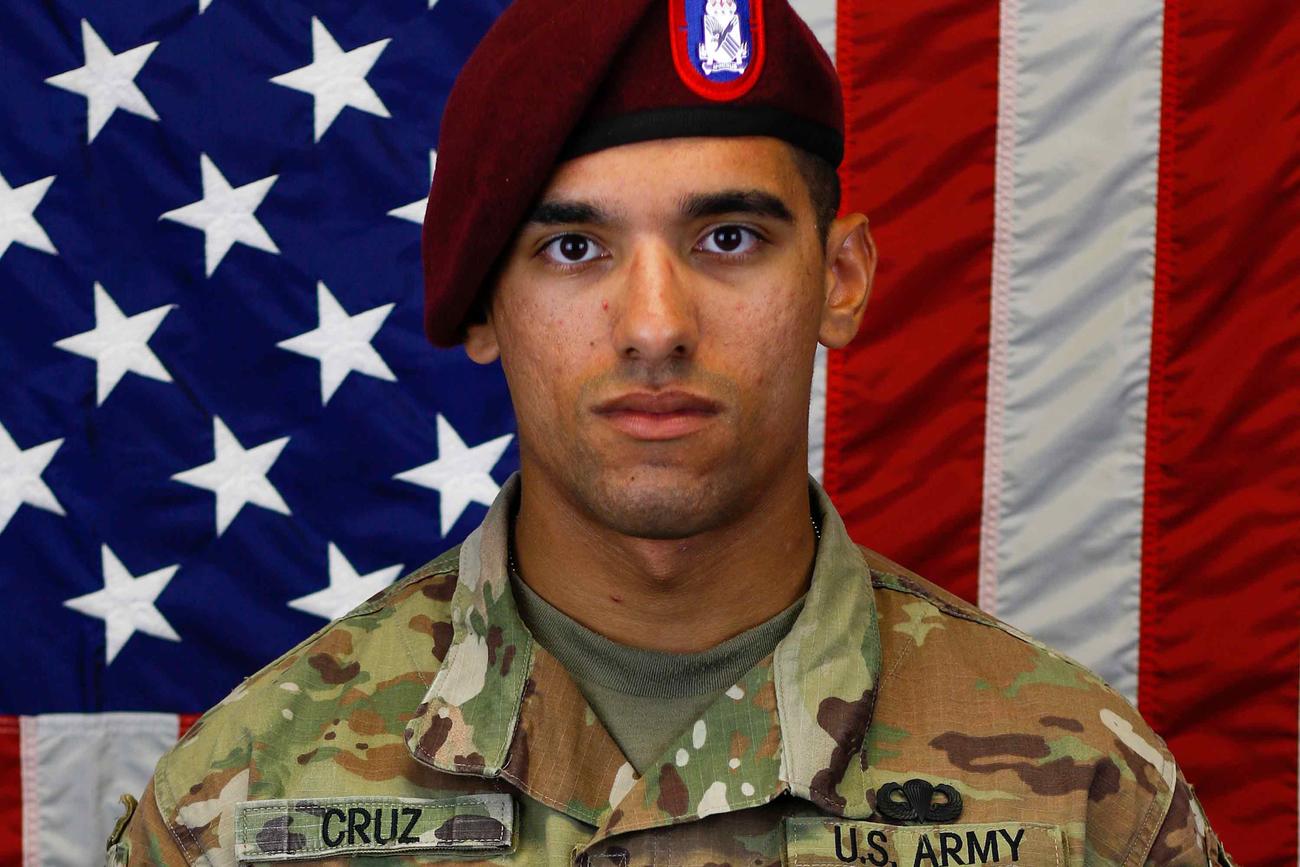 Army officials from Fort Bragg, North Carolina, on Thursday released the identity of a paratrooper who was killed Wednesday during an airborne training operation.

Army officials did not release further details about the parachute malfunction, but said the accident is under investigation, according to the release.

The 20-year-old native of Marrero, Louisiana, was an infantryman assigned to A Company, 1st Battalion, 505th Parachute Infantry Regiment.

“Pfc. Cruz De Leon was a dedicated soldier who believed in continuously honing his craft and contributing every day to our mission,” Lt. Col. Matthew Molly, commander of the 1st Battalion, 505th Parachute Infantry Regiment, said in the release. “He was an outstanding paratrooper and friend, whose actions assisted with the success of our unit.”

Spc. Brandon Arnold, a weapons squad team leader, said Cruz De Leon “always made everyone laugh when everyone was down, constantly raising the team’s morale.

“He consistently strived to better himself and was always there for his battle buddies,” Arnold said.

Cruz De Leon enlisted in the Army in May 2019 and reported to his first duty assignment at Fort Bragg in October of that year. His awards and decorations include the Army Commendation Medal, the National Defense Service Medal, Global War on Terrorism Medal, Army Service Ribbon, and the Army Parachutist Badge.

Cruz De Leon first served as a grenadier and then went on to become a radio telephone operator (RTO).

Second Lt. Michael Vecchio said Cruz De Leon “wanted to learn as much as he could when he assumed the role as RTO.”

“Whenever he was given a task, he would go out and find the answers just so he could learn his craft,” said Vecchio, who was Cruz De Leon’s platoon leader.

Ask Stew: Motivation to Train for Military Service
Kathleen Donahue Bruyere, Navy Captain Who Won the Right for Women to Serve at Sea, Dies at 76