Kathleen Donahue Bruyere, Navy Captain Who Won the Right for Women to Serve at Sea, Dies at 76 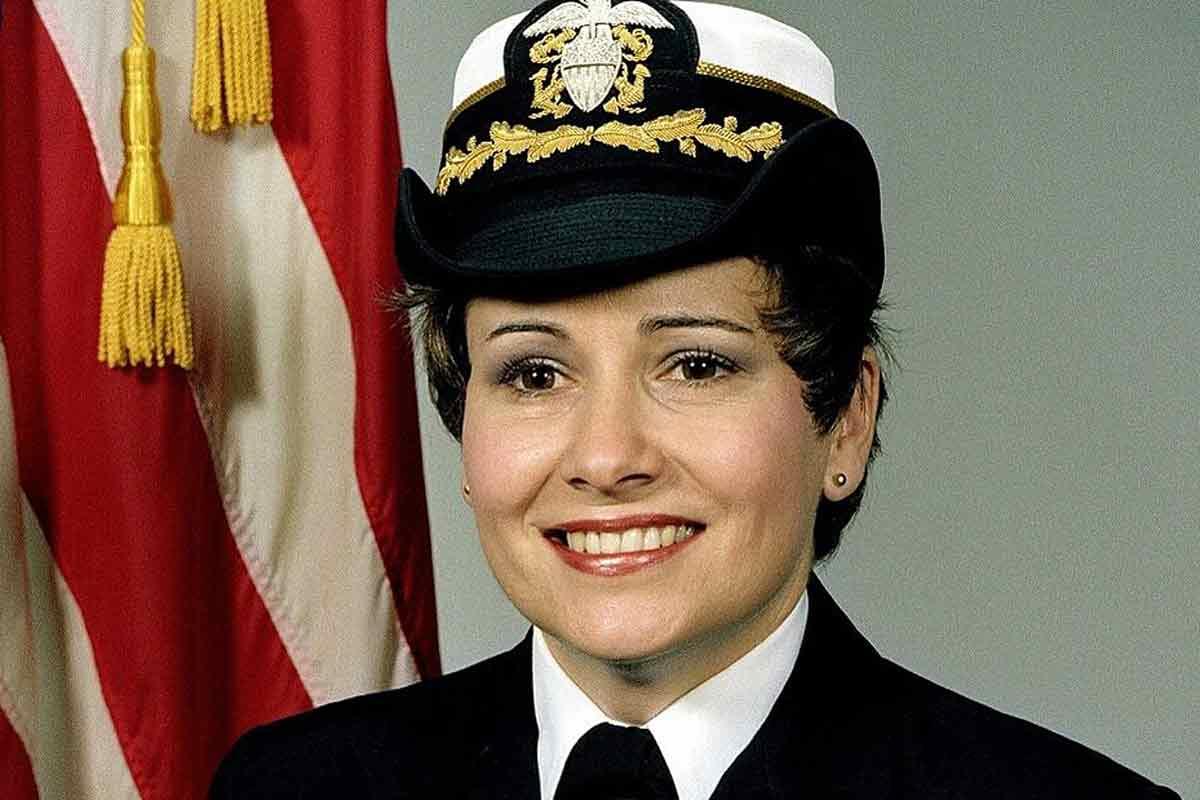 Kathleen Donahue Bruyere, 76, a trailblazing Navy officer who was named among “Women of the Year” by Time magazine and helped win the right for women to serve at sea, died Sept. 3 at Paradise Valley Hospital in San Diego.

The official cause of death had not been determined, but is expected to be cancer, said Bruyere’s sister, Lucia Donahue O’Dwyer.

A graduate of Chestnut Hill College when it was an all-women’s school, Bruyere “was just very much for women’s rights,” O’Dwyer said. “We lived through the ’60s. It was just extremely important to her.”

So was the military. Born in Norfolk, Virginia, to Army officer Joseph Donahue and Lucille Alessandroni Donahue — a Philadelphia native — Bruyere grew up in a “very patriotic” family that moved frequently due to their father’s reassignments, O’Dwyer said. The eldest of six, Bruyere helped her mother mobilize her siblings to relocate across the U.S. and to Greece and Germany.

“It was difficult,” O’Dwyer said. But it made the siblings — “especially Kathy” — flexible, and immersed them in military life.

After attending the former Trenton Catholic High School while her father was stationed at Fort Dix, Bruyere — who completed high school in Germany — went on to Chestnut Hill College. She remained a loyal alumna, returning to give talks and for reunions.

While commuting to the college from Overbrook, where she was staying with her aunt and uncle, Bruyere met Suzanne Stanton Regan, a fellow Chestnut Hill student living with her parents in Havertown. They were fast friends; Bruyere later moved in with Regan and her parents, filling a gap after Regan’s siblings left home.

“She was so outgoing,” Regan said, recalling how quickly Bruyere came to know all of their classmates at Chestnut Hill. “She was not afraid to talk to anybody.”

After graduating in 1966, Bruyere joined the Navy. In 1968, she married naval officer Kellie Byerly. She remained on active duty — “ignoring popular convention,” according to a 1991 Orlando Sentinel article.

She rose in the Navy’s officer ranks, becoming the first female flag secretary, managing staff for an admiral who oversaw nine Pacific training commands, according to the Sentinel.

In 1976, Bruyere — then Kathleen Byerly — was one of 12 women featured on the cover of Time magazine as “Women of the Year,” described by the publication as symbolizing “the new consciousness of women” amid the feminist movement. Then 31, she was featured with women including Billie Jean King and Betty Ford.

“She didn’t find out until the magazine came out,” O’Dwyer said, adding that her sister had been one of many interviewees for the piece and “kind of forgot about it.”

She was undaunted in suing the Navy and Defense Department the following year, joining with five other Navy women in arguing that their chances for promotions were limited because they were not allowed to serve on ships. A federal judge in 1978 declared the ban unconstitutional.

She “took a risk,” but “it was very, very important to her,” O’Dwyer said. “She was just going to go for it, no matter what came of it.”

She never went to sea, but she was promoted to captain. Throughout her career, Bruyere continued to address barriers women faced in the Navy, helping conduct a study that opened up 9,000 jobs for women on ships and taking on a new role overseeing women’s policy issues for the service, including the handling of sexual harassment and assault.

“It was hard not to be proud of Kathy. She excelled at everything she did, but in a way that was sweet and kind. … She never let it go to her head,” O’Dwyer said. “She just did her job.”

Kathleen Byerly met Capt. Thomas Bruyere while both were assigned to the Navy recruiting district in New York. During her time stationed in Philadelphia in the 1980s, they hosted chili parties for Army-Navy games at her home in Fairmount. They married in 1988.

She retired from the Navy in 1994. The two lived in Chula Vista, California, where Bruyere cared for her husband for 15 years while he lived with Parkinson’s disease. His death in 2009 didn’t end her involvement on the board of the Parkinson’s Association of San Diego, or with support groups for families impacted by Parkinson’s and Alzheimer’s disease, which had afflicted both her parents.

Even in retirement, “I could never find her at home,” O’Dwyer said. Her sister “wouldn’t get bored, that’s for sure.”

Bruyere had been sick since July with cancer in her brain and other parts of her body, O’Dwyer said. Even while hospitalized, she continued to run support group meetings on Zoom, her sister said.

In addition to her sister, Bruyere is survived by brothers Joseph, Paul, Timothy and Matthew Donahue; stepsons Brett, Trent and TJ Bruyere, and 10 grandchildren. Her former husband Kellie Byerly died in 2018.

Burial with military honors will be in Miramar National Cemetery, San Diego.

This article was written by Maddie Hanna from The Philadelphia Inquirer and was legally licensed via the Tribune Content Agency through the Industry Dive publisher network. Please direct all licensing questions to legal@industrydive.com.

© Copyright 2020 The Philadelphia Inquirer. All rights reserved. This material may not be published, broadcast, rewritten or redistributed.