For Marines, the Break from PFTs and Tape Tests Is Over 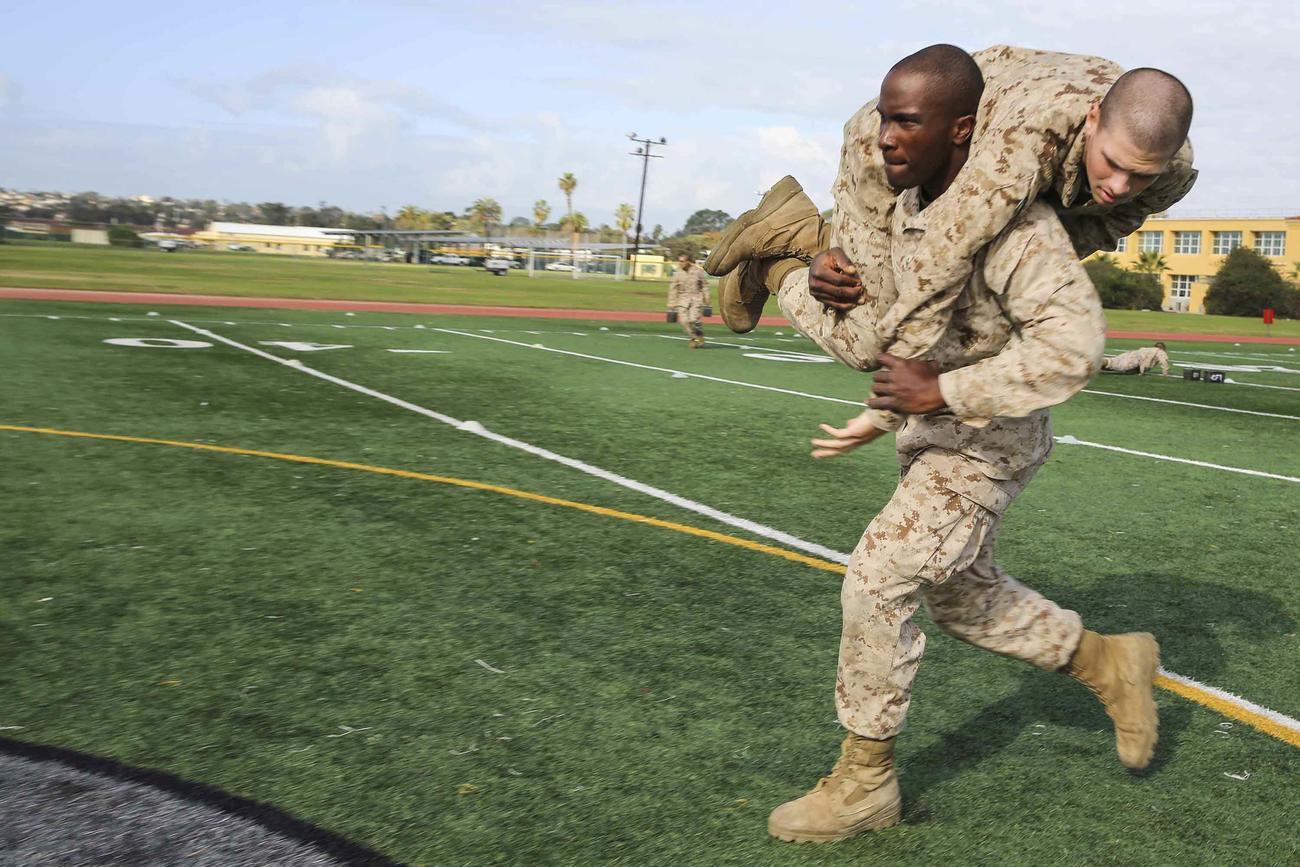 Marines‘ brief reprieve from fitness tests and dreaded body-tape measurements is over.

The service announced Tuesday that the combat and physical fitness tests, along with the Body Composition Program, will resume immediately. That’s after Commandant Gen. David Berger announced in April that some of those requirements were suspended at the start of the coronavirus pandemic.

Marines will be required to complete the Combat Fitness Test by the end of the year, a new administrative message released Tuesday announced. And even though the Physical Fitness Test, which normally runs the first half of the year, was previously waived, anyone who failed it in 2019 must be ready to pass it in the next 90 days.

The tape test is also back for Marines outside height and weight standards who need body composition evaluations. Any Marine who couldn’t get a tape test during tight restrictions due to the pandemic must now be measured by the end of the month, the message states.

Marines will wear cloth face coverings during fitness tests if they’re not able to keep at least six feet apart. The distancing requirement will be impossible for some events, including one on the CFT that requires Marines to carry and drag a teammate. Marines also hold each other’s legs for the crunches portion of the PFT, though the test allows them to swap out that event and opt to hold a push-ups-like plank position.

During the tests, Marines must follow Defense Department guidance issued during the pandemic that requires frequent cleaning of gym equipment. Items that might require disinfection include the ammunition cans Marines lift during the CFT and the pull-up bar they use during the PFT.

The pandemic has changed a host of military policies, affecting everything from boot camp to deployments and unit physical training. When canceling some fitness tests earlier this year, Berger stressed that Marines’ fitness must remain a priority.

“I expect each of us to continue to maintain our fighting condition,” he said in April.

The military has had nearly 40,000 COVID-19 cases among uniformed personnel. Marines made up 4,872 of those cases. Seven troops have died from the illness.

As Morale Sinks at the Naval Academy, Some Midshipman Worry About Mental Health
Active Recovery Days: When You Do Not Quite Need a Day Off