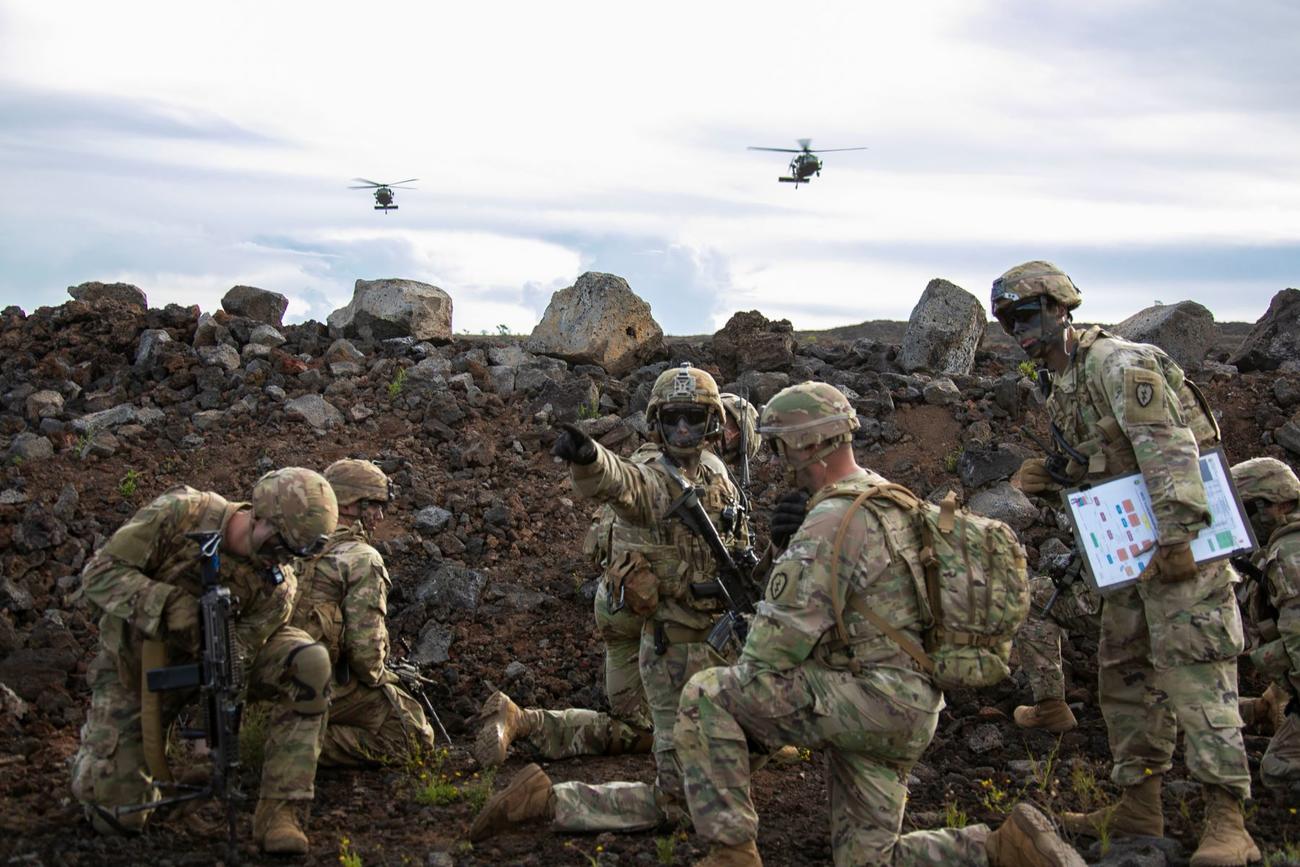 The Army is preparing a lengthy “environmental impact statement ” as it seeks to retain 23,000 acres of land it leases from the state at Pohakuloa Training Area that it said is key for military readiness in the Pacific, but also provides access to 110,000 acres of adjacent government-owned land at the sprawling training grounds.

The lease expires in 2029 and its fate has been a concern for the Army and groups opposed to what they see as the militarization of Hawaii–which has been a strategic waypoint in the Pacific since Naval Station Pearl Harbor and Schofield Barracks were established in 1908.

Hawaiian cultural practitioners Clarence “Ku ” Ching and Mary Maxine Kahaulelio filed suit against the state Department of Land and Natural Resources in 2014 claiming the state breached its trust duties by failing to enforce the lease.

“We’ve been concerned that the Army is trying to renew their lease early–they’ve been engaged in negotiations and I fear that they are going to try to use eminent domain to try to condemn lands. So that would be unacceptable to many people in the community, ” said Kyle Kajihiro, who is with the group Hawaii Peace and Justice.

PTA, with a 51,000-acre “impact area, ” is used heavily by Hawaii-based and visiting forces. It is the largest live-fire range in Hawaii and supports full-scale combined arms field training from the squad to brigade (approximately 3,500 soldiers ) level.

The impact area is used for helicopter door gunnery, fixed-wing bombing, missile firing and artillery fire. PTA is the primary training area for Marines in Hawaii.

A notice of intent to pursue the environmental impact statement published Friday in the Federal Register said PTA was used for training as early as 1938, but was not used routinely until 1943.

PTA was formally established in 1956 through a maneuver agreement granted by the Territory of Hawaii.

The 23,000 acres of state-owned land “contain utilities, critical infrastructure, maneuver land, and key training facilities, some of which are not available elsewhere in Hawaii, ” the notice said.

It is the only U.S. training facility in the Pacific region that can accommodate larger than company-sized units for live-fire and maneuver exercises.

“Retention of state-owned land is needed to allow access between major parcels of government-owned land at PTA ” and to keep “substantial Army infrastructure investments ” and allow for modernization efforts, the federal notice said.

The Army said it would retain the state-owned land prior to expiration of the current lease to ensure training is not interrupted.

The EIS will evaluate the impacts of a range of alternatives, including no action, full retention, modified retention and minimum retention and access.

The Army is inviting public comments on the scope of the EIS during a 40-day public scoping period. Written comments should be submitted via the EIS website at.

PTA spokesman Mike Donnelly said training at the Big Island range “prepares the military to deploy forces quickly to a variety of crises, natural disasters and other emergencies in the Pacific region.”

Hawaii-based soldiers and units “must be prepared to respond at a moment’s notice, ” he said. “Hawaii’s strategic location allows this defensive posture of readiness to occur where forces can rapidly and effectively deploy.”

But Kajihiro wants other uses for the state-owned land.

“We’re working with folks who are trying to actually end this lease and begin restoration of these lands, ” he said, “because we’ve seen already that the Army has been poor stewards of those resources.”

A state judge ruled in 2018 in Ching and Kahaulelio’s lawsuit that the DLNR failed to care for the Big Island property, lacking inspections over the first nearly 50 years of the lease. Circuit Judge Gary Chang called two DLNR inspection reports “grossly inadequate.”

Among other things, Chang ordered the state to develop and potentially execute a plan to obtain adequate funding for a comprehensive cleanup of the land, which was leased for $1.

The case went to the Hawaii Supreme Court, which found that Chang strayed beyond the law in requiring the action and overturned the order.

After Chang’s earlier order, the DLNR said that as the landlord of the property, it would work with the Army to develop a formal inspection, monitoring and reporting process.

This article is written by William Cole from The Honolulu Star-Advertiser and was legally licensed via the Tribune Content Agency through the Industry Dive publisher network. Please direct all licensing questions to legal@industrydive.com.