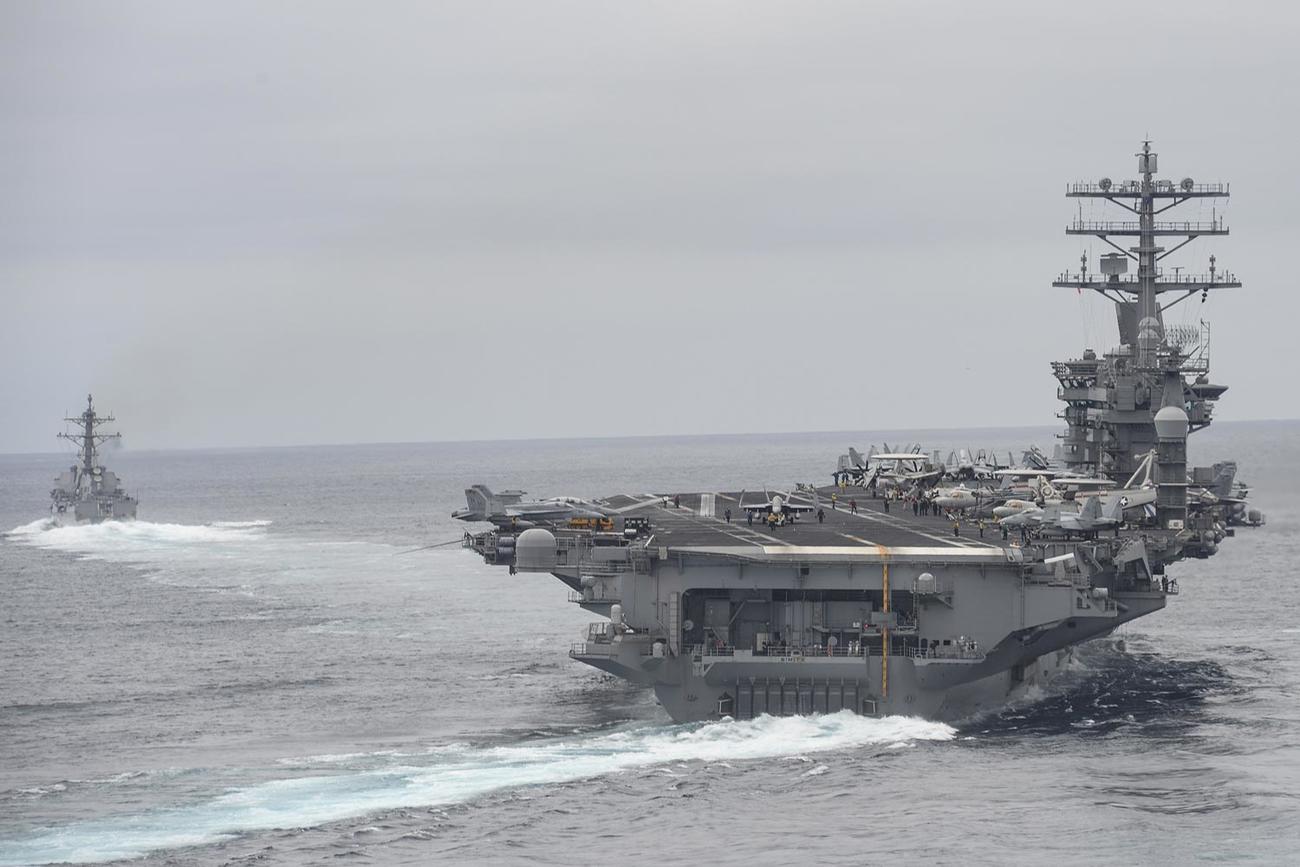 Search-and-rescue efforts are underway in the North Arabian Sea after a sailor assigned to an deployed aircraft carrier was reported missing on Sunday.

Personnel from the aircraft carrier Nimitz and guided-missile cruiser Princeton are searching for the missing sailor, according to a Navy news release. The missing sailor, who is assigned to the Nimitz, has been listed as Duty Status Whereabouts Unknown, officials said.

The sailor’s identity has not been released, in accordance with Navy policy. No additional details about the incident were immediately available.

The Nimitz has been operating in waters around the Middle East since July. The carrier left its homeport, Naval Base Kitsap, Wash., in April. After completing training at sea, it deployed with the Nimitz Carrier Strike Group in June.

The strike group, which includes about 8,000 sailors, is deployed with the Princeton along with guided-missile destroyers Sterett and Ralph Johnson, nine squadrons from Carrier Air Wing 17 and members of Destroyer Squadron 9.

In recent years, multiple sailors have gone missing from deployed ships, some under unclear circumstances.

Aviation Electronics Technician 2nd Class Slayton Saldana was declared dead last summer following a search after he was believed to have fallen into the Arabian Sea while deployed on the carrier Abraham Lincoln. Ships from the U.S., Spain and Pakistan searched for Saldana for days, but he was never found.

Less than a year earlier, the Navy ended a four-day search for Lt. j.g. Asante McCalla, who was reported missing from the guided-missile cruiser Lake Erie off the coast of California. McCalla’s parents told Navy Times last week their family still hasn’t received answers from the Navy about how their son died.

“They have not provided this grieving mother with closure,” Alicia McCalla, the officer’s mother, told the paper.

In 2017, Petty Officer 3rd Class Peter Mims, was discovered hiding in the engine room of the underway cruiser Shiloh after being declared lost at sea following an extensive search operation. He ultimately faced punishment for abandoning watch and dereliction of duty.

Navy officials said updates on the search that was launched on Sunday will be provided as more information becomes available.