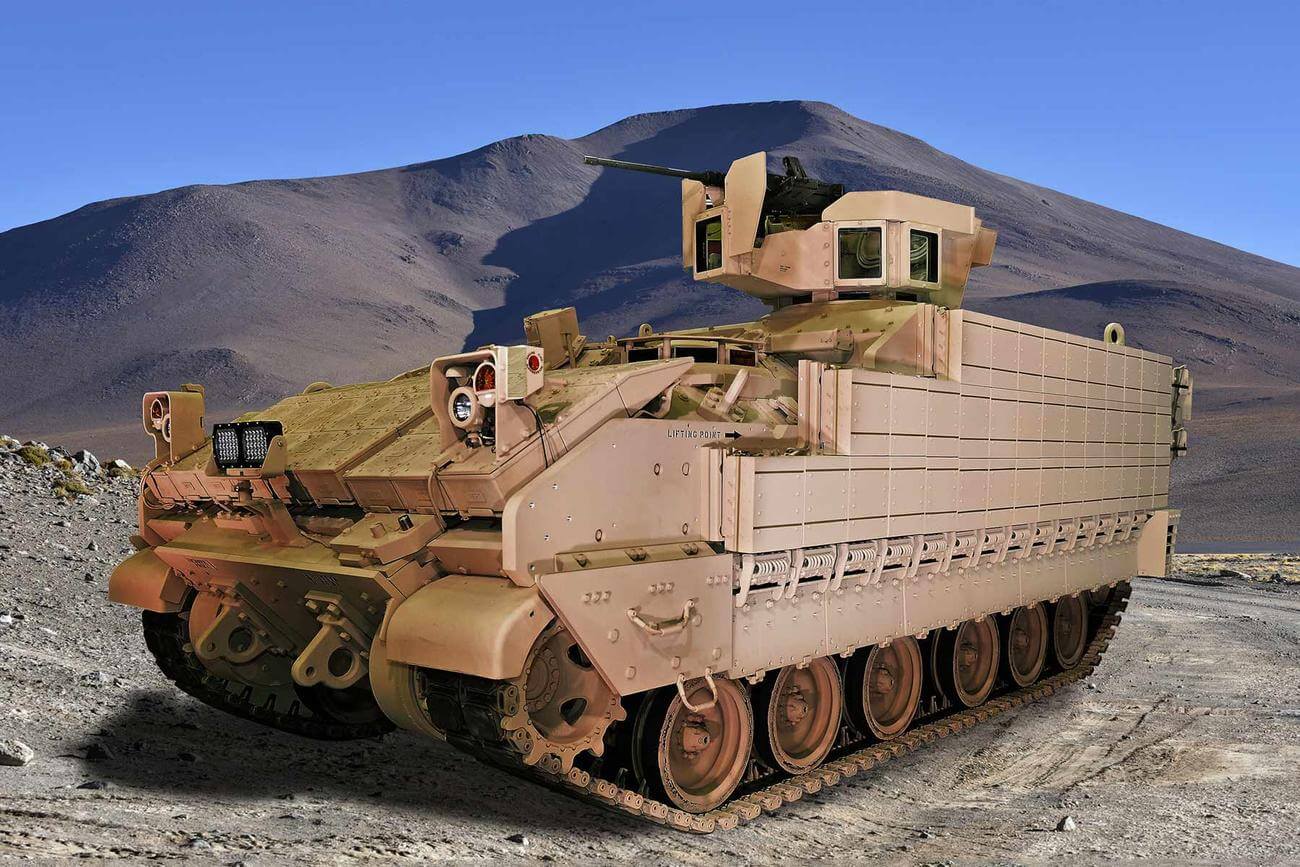 The first Armored Multi-Purpose Vehicle, or AMPV, rolled off BAE’s production line as part of a 2018 low-rate initial contract to deliver up to 450 of the vehicles to the Army, according to a BAE news release.

Read Next: Soldier to Receive Medal of Honor for Iraq Hostage Rescue

“This vehicle is going to replace a vehicle that has been in the Army since 1965,” Bryan McVeigh, the head of Army’s Project Manager for Mounted Armored Vehicles, said in a short video on BAE’s website.

Delivering the first AMPV marks the first time the defense industry has produced a brand-new tracked combat vehicle to the Army since the 1980s, Bill Sheehy, AMPV program director for BAE Systems’ Ground Vehicles product line, said in the video.

“The AMPV is designed to meet the Army’s missions for the Armored Brigade Combat Teams (ABCT) and lay the foundation for the future of the battlefield,” Sheehy said in the release.

The AMPV program has suffered from multiple delays. First, manufacturing problems caused BAE to delay the vehicles’ delivery from March until July. Then COVID-19 resulted in the delivery being delayed through August, according to Defense News.

The program suffered funding cuts as the Army has searched for savings across all of its programs to fund its future modernization effort. The Army requested $193 million for the program in the fiscal 2021 budget, compared to the $445 million the service budgeted in fiscal 2020 and the $673 million the program received the previous year.

The Mission Command vehicle variant will be the first vehicle delivered. It’s set to play a significant role in the Army’s ABCT Network Modernization Strategy, according to the release. It’s equipped to assist digital mission command with increased protection, power and cooling capabilities, and providing room for growth for future command, control, communications and computer capabilities.

Other variants in the AMPV family include:

–General Purpose vehicle: designed to operate throughout the battlefield to conduct resupply, maintenance as well as other transportation missions.

–Medical Evacuation vehicle: provides immediate treatment or evacuation on the battlefield to either ambulatory or litter casualties.

–Medical Treatment vehicle: designed to serve as an “operating room on tracks” for soldiers suffering from life-threatening injuries.

“The AMPV family of vehicles provides significant power, mobility, interoperability, and survivability improvements for the ABCT,” Jeremy Tondreault, vice president and general manager of BAE Systems’ Combat Mission Systems, said in the release. “The AMPV has demonstrated outstanding survivability and force protection as well as flexibility and growth for the future.”