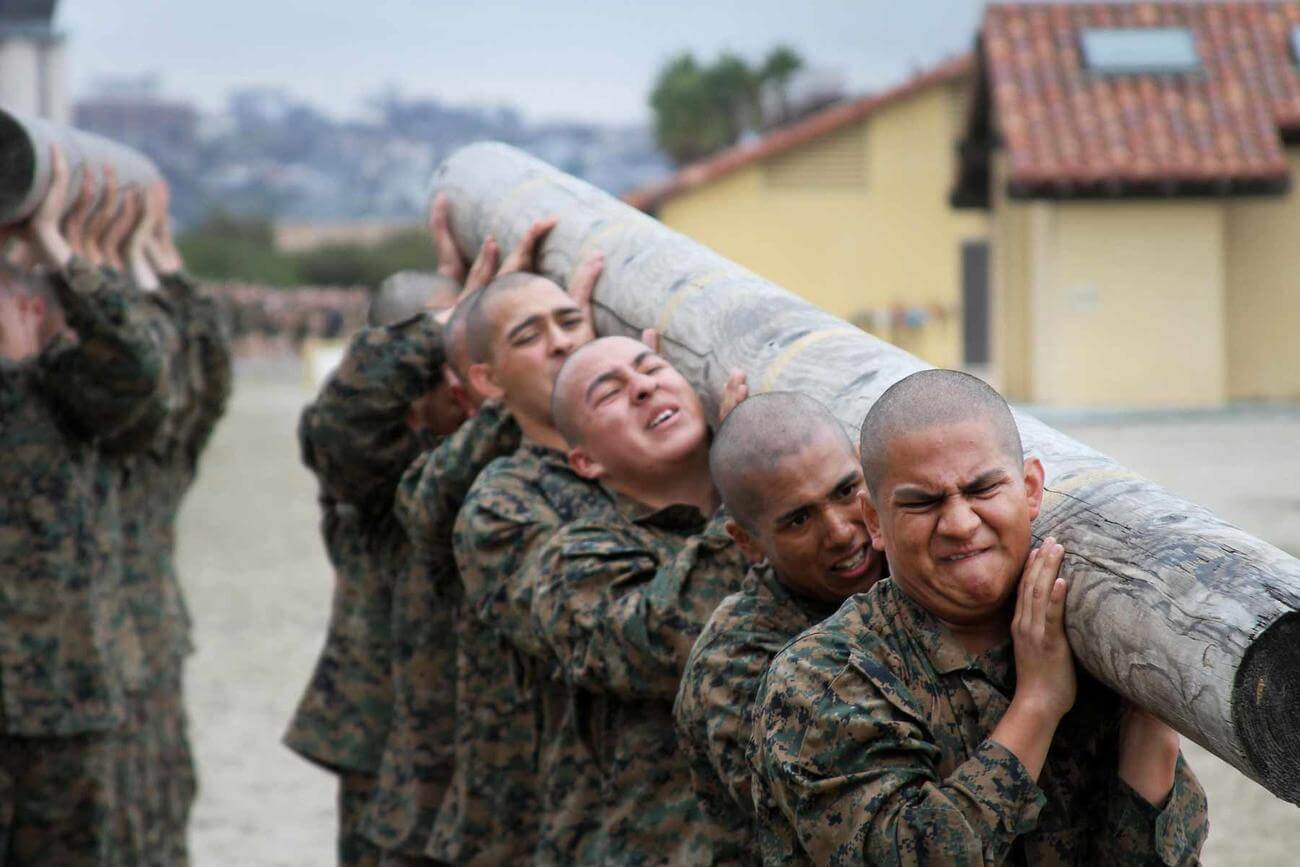 Marine leaders want every male recruit arriving at boot camp to train alongside women in the same company, putting an end to the longstanding tradition of separating trainees by gender, according to newly released plans to make both of the service’s recruit depots coed.

All-male recruit companies trained solely by men will be made “obsolete,” according to a memo the Marine Corps submitted to the Defense Advisory Committee on Women in the Services. That includes boot camp at the Marine Corps’ West Coast training depot in San Diego, which currently doesn’t accept female trainees.

Read Next: Air Force Authorizes Time Off from PT for More Women Who Miscarry

The Marine Corps was tasked with explaining its short- and long-term plans for integrating recruit training, which was mandated by the 2020 National Defense Authorization Act. Signed into law in December, the NDAA requires the Marine Corps to stop separating trainees by gender at Marine Corps Recruit Depot Parris Island in South Carolina within five years and in San Diego within eight.

The memo says officials from Training and Education Command are now working with Marine Corps Installations Command “to identify the requirements, shortfalls, and cost estimates to meet the NDAA requirements.”

The biggest limitation, officials added, is the need for new facilities to house coed training companies. Several coed companies have completed training at Parris Island since early 2019, but the East Coast recruit depot doesn’t have the space to accommodate that setup during certain months. The number of recruits shipping to boot camp spikes between June and September, when many new high-school graduates head off to training.

“The ratio of female to male DIs is proportionate to the number of female and male recruits,” the memo states. “The Marine Corps focuses on the importance of having four DIs assigned to each platoon. … Platoons and the assigned DIs are gender specific.”

The Marine Corps has been slow to adopt gender-integrated entry-level training for new enlistees. The service has faced increasing pressure from lawmakers in recent years to make boot camp training coed after combat arms jobs opened to women and a high-profile scandal highlighted the troubling way some male Marines treated their female colleagues.

Last year, the first-ever coed company graduated from Parris Island. The 50-person company included one female platoon and five male platoons. The male and female platoons lived in separate squad bays, but otherwise completed much of their training together after the first phase of boot camp, which runs about four weeks.

Marine Commandant Gen. David Berger has said that model would continue at Parris Island after the first company performed “very well.” Eight more coed companies have followed, but the effort has been slowed during the coronavirus pandemic due to more restrictive social distancing requirements, officials wrote in the memo to the Defense Advisory Committee on Women in the Services.

“These iterations demonstrated the strength of the Marine Corps’ platoon training model, as it transformed young women and men into U.S. Marines,” it states. “The Marine Corps is continuously assessing and refining recruit training and is identifying opportunities in FY21 to utilize the fully integrated company structure with future recruit training companies to best combine the strength of our platoon model with the logistical benefits of integrated companies.”

The Marine Corps plans to continue studying how best to train men and women together at boot camp. By Oct. 1, the service plans to award an academic institution access to its recruit depots to conduct a third-party review on the way Marine recruits are trained.

The findings of that study will be published in a peer-reviewed journal after it’s completed in fiscal 2022, which runs from Oct. 1, 2021, through September of the following year.

The Marine Corps originally wanted the study back by Feb. 1, 2021, but no one applied to the original solicitation to complete the review. Maj. Gen. Bill Mullen, the former head of Training and Education Command who recently retired, said he directed the study to see if the service had their entry-level training model right.

“We think we have it right … but how much of that is our own biases?” Mullen told Military.com in a 2019 interview. “How much of that is a ‘we invented it here’ kind of thing? … If an independent study, not affiliated with the Marine Corps, comes in and takes a hard, honest look at things in an unbiased way, how do you argue with that?”

The academic study will examine four areas: alternative boot camp training models; costs for those alternatives; costs for the traditional model of separating male and female recruits; and how perceptions about coed training influences a person’s decision to join the service.

Related: The Marines Wanted a University to Study Co-ed Boot Camp. No One Applied