Midshipman Guilty of Sexual Assault Gets 25 years, Dismissed from Service 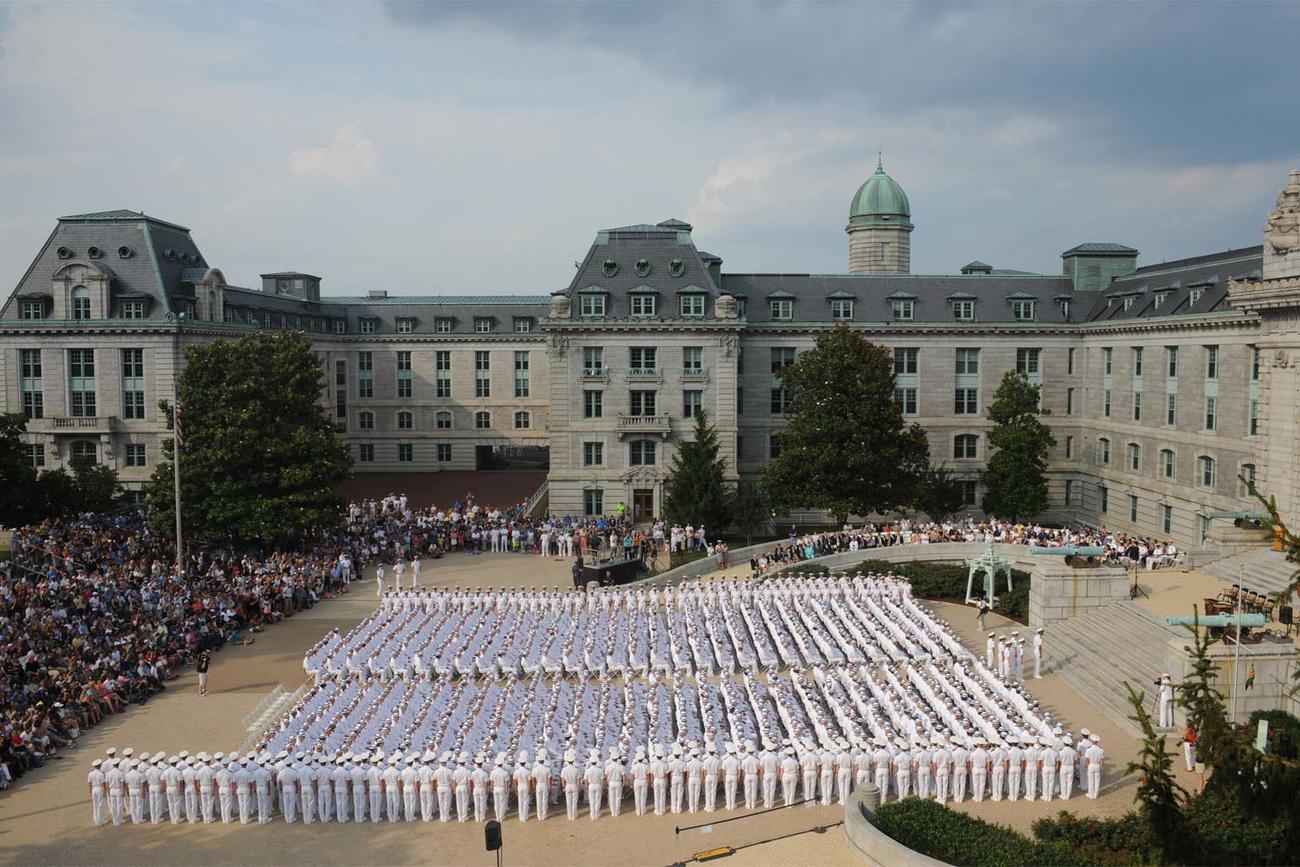 The charges stem from four separate incidents involving three women who were all Naval Academy midshipmen at the time of Keago’s sexual violence against them.

The members panel, the court-martial equivalent of a jury, also sentenced him to forfeit all pay and allowances as well as dismissed him from military service. Dismissal was the minimum sentence Keago faced. The maximum was 120 years confinement.

The courtroom was silent as Judge Capt. Aaron Rugh read the sentence. One of the survivors was in the audience, but there was little reaction from her, Keago or Keago’s family, who sat on the bench behind him.

Sentencing in the military is done like a miniature trial. Attorneys on both sides give opening and closing statements as well as call witnesses.

In Keago’s case, the first part of sentencing — opening statements and witnesses — was done in late July immediately following a guilty verdict. The court-martial was then delayed three weeks after Keago showed symptoms of COVID-19.

He has since tested negative for the disease caused by the coronavirus.

In closing arguments at the Washington Navy Yard, Lt. Cmdr. Chris Cox asked the members to sentence Keago to 40 years, saying the sentence would give Keago, who is 25, time to live the remainder of his life while also preventing him from repeating his crimes. At 65, Keago would be less likely to sexually assault another woman, Cox said.

When choosing Keago’s sentence, Cox said the members had to answer one question.

“Is there any question that he’s going to do this again?” Cox said.

Government expert witness Reneau Kennedy, a psychologist who studies forensic recidivism, testified last month that Keago has a low rehabilitation potential. Cox repeated the sentiment over and over.

Criminal charges did not prevent him from attempting to sexual assault women, Cox said, pointing to the last incident, which happened after Keago knew he was charged with sexual assault.

“Confinement is the only way to stop it,” he said.

Defense attorney Lt. Cmdr. Andrea Kissner urged the members to focus on Keago as a father, a son, a brother and as a midshipman.

The defense asked for five years, more confinement than the minimum sentence the members could consider.

Already Keago is planning to appeal his conviction, Keago’s sister Nancy Moraa previously told The Capital. She could not be reached for comment in time of publication.

Without confinement, Keago would have a green light to continue his behavior, Cox said.

“The only thing that’s stopping him right now is you,” he said to the members.

With a 25-year sentence, the members decided to stop Keago.

This article is written by By Heather Mongilio from The Baltimore Sun and was legally licensed via the Tribune Content Agency through the Industry Dive publisher network. Please direct all licensing questions to legal@industrydive.com.

© Copyright 2020 The Baltimore Sun. All rights reserved. This material may not be published, broadcast, rewritten or redistributed.