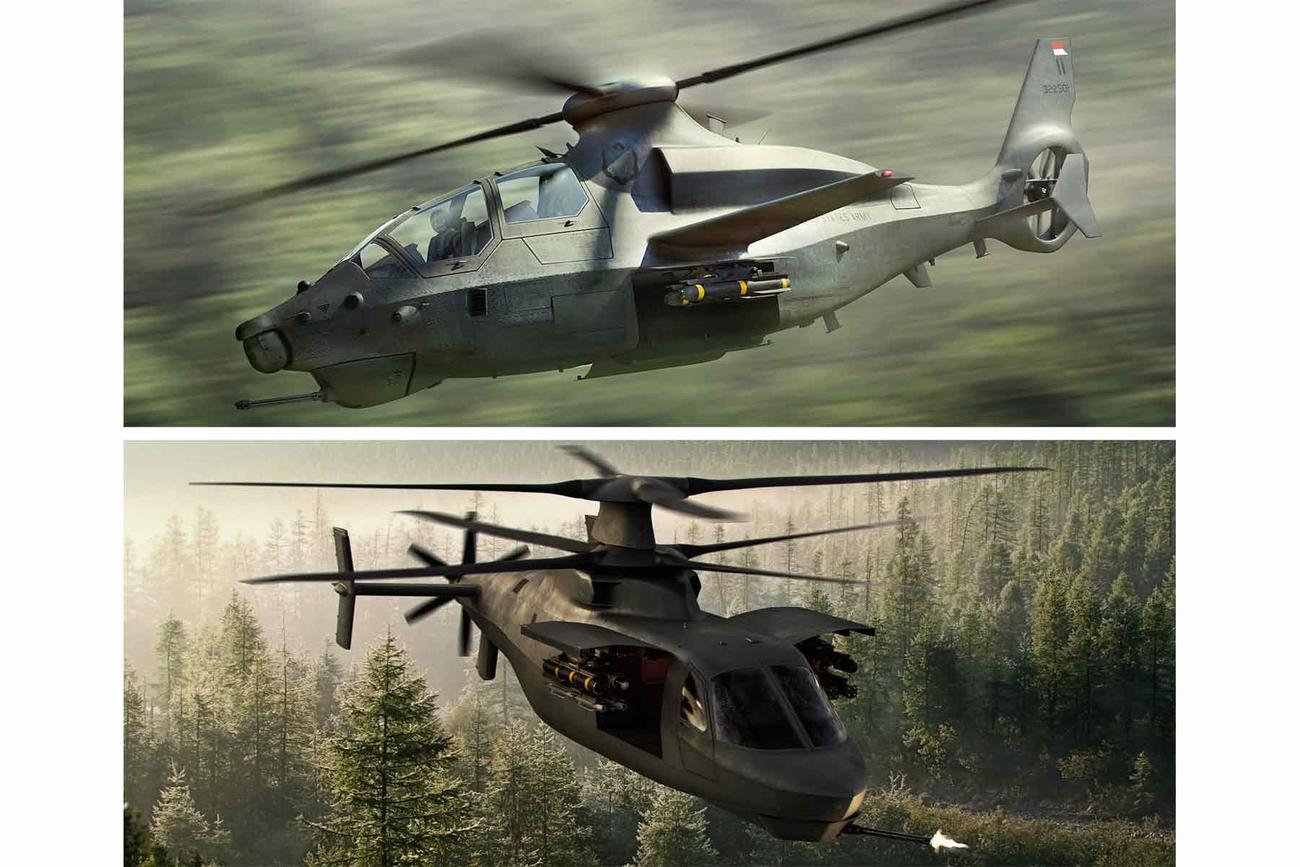 The Army wants ideas from defense firms on air-launched drones that can recon enemy air defenses and even deceive adversaries while working with the service’s futuristic helicopters from its Future Vertical Lift (FVL) effort.

The future battlefield presents a “highly lethal and complex set of traditional and non-traditional targets,” according to the Aug. 12 solicitation.

Read Next: WWII Hero’s Incredible Medal of Honor Story Now to Be a Movie

“These targets will include networked and mobile air defense systems with extended ranges and long and mid-range fires systems that will deny freedom of maneuver,” the solicitation states. “To gain and maintain overmatch in the future conflict, Army Aviation must modernize and distribute its reconnaissance, surveillance, target acquisition (RSTA) and lethality with an advanced team of manned and unmanned aircraft as part of the Future Vertical Lift Future Attack Reconnaissance Aircraft ecosystem.”

The Army is looking for ALE Small and ALE Large variants to “operate as members of a team with other manned and unmanned platforms to detect, identify, locate, report (DILR) and deliver lethal and non-lethal effects against threats across multiple scenarios and domains in a constantly changing Operational Environment,” according to the solicitation.

The goal of the RFI is to identify novel and highly capable technologies that can inform a Science & Technology (S&T) effort on ALE capabilities being run by the CCDC’s Command, Control, Communications, Computers, Cyber, Intelligence, Surveillance and Reconnaissance (C5ISR) Center, the solicitation states, adding that S&T investments could start as early as fiscal 2021 and run through fiscal 2025.

Interested firms have until Sept. 14 to respond to the RFI.

They would need the capability to act as decoys against an enemy integrated air defense system, according to the solicitation.

Decoys could “represent a credible threat to the adversary and provoke illumination of emitters or movement from their positions of cover and concealment,” it states.

ALE variants would also have the capability to disrupt enemy forces by “reducing threat engagement ranges or preventing the acquire/track/guidance of munitions against Army Aviation,” the solicitation adds. This disruption would degrade an adversary’s ability to “target friendlies, communicate, or perform fire control.”

In addition, ALE variants would have the capability of passive detection and reconnaissance, which reduces its “targetable emissions,” helping it to hide from enemy detection, the solicitation states.

The Army also has “high interest” in ALE technologies that execute assigned missions consistent with commander’s intent “without requiring direct intervention” and “self-organizes through Artificial Intelligence (AI) enabled teaming to maximize coverage of assigned mission area and tasks,” it adds.

The Army is planning to hold a virtual industry day on Sept. 28 to walk through the details of this RFI and give vendors an opportunity to ask questions, according to the solicitation.

“RFI responses are intended to inform the C5ISR Center’s ALE investment strategy,” it states. “Based on the whitepaper responses, there may be opportunities for respondents to demonstrate their technology … during the FY21 cycle and beyond.”

Related: Down to 2: Aircraft Will Compete to Replace the Army’s Apache, Kiowa