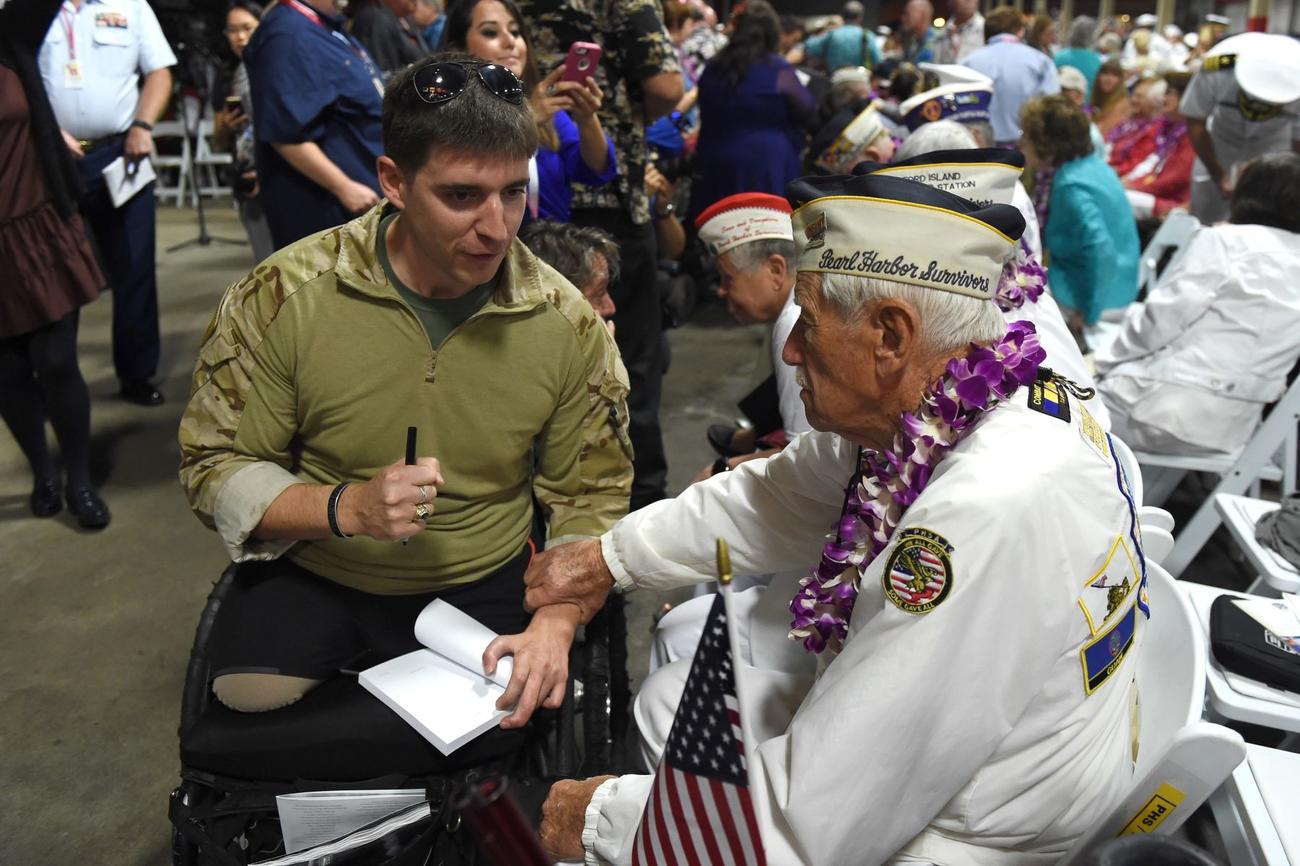 Timothy A. Payne, the double amputee Army veteran who pleaded guilty to a felony gun possession last year after his arrest in North Tonawanda, is now in a state mental institution.

But Assistant District Attorney Peter M. Wydysh said the charge was to be dropped if Payne completed a mental health program.

However, things didn’t work out as Judge Sara Sheldon had hoped when Payne pleaded guilty. Sheldon signed an order June 1 committing him to the mental institution for further treatment.

Such commitments are normally for one year but can be cut short if state doctors decide a defendant has become competent to resume court proceedings. If treatment doesn’t work, the commitment also can be extended.

Payne, 37, a Williamsville North High School graduate, was an Army sergeant who lost both legs in a 2011 bomb blast in Afghanistan. After leaving the service, he lived in Raleigh, N.C.

For a time things seemed to be going well in his life. Payne received a lifetime achievement award from President Obama, wrote two books and won a swimming gold medal in the Invictus Games, created by Britain’s Prince Harry for wounded soldiers. Payne was honored by the Buffalo Bills in a 2015 on-field ceremony.

Payne was arrested June 25, 2019, after a visit to North Tonawanda City Hall. He visited some offices, including that of Mayor Arthur G. Pappas, to talk about veterans’ issues.

The mayor didn’t know that the New York State Police had issued a bulletin to be on the lookout for Payne as a man traveling with weapons. It was based on a call from relatives he had been visiting in the Lockport area. The relatives had just had an argument with Payne.

A police officer who talked to Payne in City Hall decided he “needed some kind of evaluation,” then-Police Chief Roger R. Zgolak said at the time.

Inside his specially modified vehicle, police said they found a handgun, two military-style rifles, 400 rounds of ammunition and an object they thought at first was a pipe bomb. It turned out to be a harmless hitch lock.

But the incident was reported as a bomb threat and members of police agencies from across the region converged on the City Hall parking lot.

After Sheldon denied defense attorney Michael Zosh’s motion to dismiss the charges, Payne pleaded guilty to possessing a handgun that was legal in North Carolina but not in New York.

Payne’s website, chosenleadership.com, shows that he returned to posting unusual political rants. He had done so the previous year, before his trip from North Carolina to North Tonawanda, when he appeared obsessed with alleged embezzlement from a North Carolina preschool program.

But this year, in the wake of his plea, he had other issues in mind.

On Feb. 23, Payne posted a letter to State Sen. Robert G. Ortt of North Tonawanda, attempting to explain why he had guns with him at the time of his arrest.

“The firearm was within my business van and although it was loaded, I had no choice but to protect my assets while conducting business,” Payne wrote.

“The courts and attorneys always say, ‘Don’t be ignorant of the law.’ Well, when you live your life traveling around the nation, around the world and stumble on government corruption, then what’s a person to do? I had 150K in GOLD BULLION and I fell victim to fraud, abuse, and subjected to be wasted. The fraud was coming from family members. My businesses were destroyed along with my character. Governor Cuomo called the North Tonawanda police and told them to file more charges on me,” Payne claimed.

“PAINFUL AUDIT FOR REAL!!! Here’s the nuke of info,” Payne wrote. “It’s actually the travel and tourism acts stealing the money through catholic charities; then buying up all the public authorities from people who lost everything on a 2% inflation rate for 70 years.”

That was the climax of a series of blog posts that offered garbled commentary on topics including Cuomo’s 2020 state budget, the Erie Canal and the gold in Fort Knox.

A psychiatric examination last summer concluded Payne was mentally fit to stand trial, although one doctor reported that Payne expressed “some thoughts that did not appear to be based in reality.”

Wydysh said Sheldon ordered another psychiatric exam May 19. She had twice given Payne permission to drive back to North Carolina, but on the first occasion, before the plea, he went to Texas. The second time, he went to Florida.

“Some of the details I can’t go into, but he was acting erratically,” Wydysh said Friday. “We were concerned for his well-being.”

The posts on Payne’s website also played a role in the commitment decision, Wydysh said.

Michael E. Benedict, Sheldon’s law clerk, said Friday that two doctors decided Payne was not mentally competent to continue with court proceedings. Neither Wydysh nor Zosh asked for a hearing, and Sheldon signed the commitment order.

However, Benedict said, the terms of the plea bargain haven’t changed. If Payne becomes competent and returns to Veterans Court, the felony charge could eventually be dismissed.

This article is written by Thomas J. Prohaska from The Buffalo News and was legally licensed via the Tribune Content Agency through the Industry Dive publisher network. Please direct all licensing questions to legal@industrydive.com.

© Copyright 2020 The Buffalo News. All rights reserved. This material may not be published, broadcast, rewritten or redistributed.