Female Soldiers Told the Army They Wanted Pants, Not a Skirt, for Greens Uniform 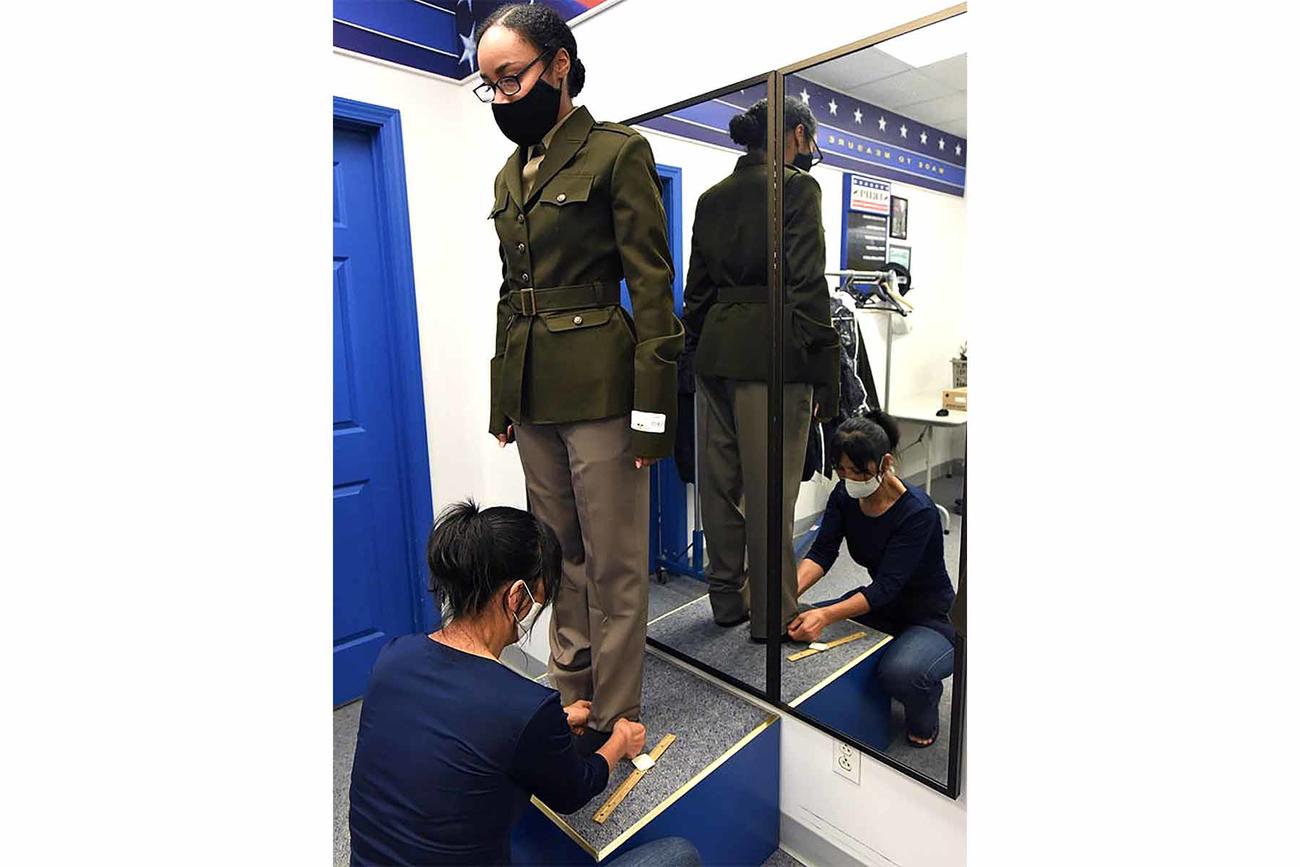 When developing the Army‘s much-vaunted new service dress uniform, officials took an unprecedented step: They assembled an all-female panel to assess the uniform’s fit and feel and provide feedback.

As a result, the Army’s new Greens uniform will have pants as the default option for women, rather than a skirt, as with previous dress ensembles. While women will still be able to purchase a uniform skirt as an option, the board’s indication of preference was significant, said Col. Stephen Thomas, project manager for soldier survivability at PEO Soldier.

“That whole all-female board decided, ‘Hey, so we want trousers as opposed to a skirt as being the primary uniform because we want all of us as soldiers to look the same,” Thomas told reporters during a round table event Tuesday. “And I thought that was pretty profound, for that all-female board to come up with that decision.”

The board, which was assembled “early in the development process,” according to Defense Logistics Agency officials, also helped assess fit and comfort, comparing the new Greens to the current blue Army service uniform.

The Greens, which are based on the Army’s iconic World War II-era Pinks and Greens uniform, won’t become mandatory wear for soldiers until October 2027. Officials say they’ve coordinated a long lead time so that enlisted soldiers can save up their uniform allowance to purchase the items, which are more expensive, as well as more durable.

But Army leaders have been working already for more than a year to promote enthusiasm and anticipation for the new uniform, which they say embodies the “pride and heritage” of the service.

Milley visited U.S. Army Natick Soldier Systems Center in Massachusetts in 2017 to talk with designers about what the uniform should be, said Annette LaFleur, team leader for the design, pattern & prototype, soldier protection and survivability directorate at Combat Capabilities Development Center-Soldier Center within Army Futures Command.

“Gen. Milley spoke with me about his vision for the uniform while looking at an original World War [II] uniform example,” LaFleur said. “The team then created modern design options for multiple uniform components in a briefing book for Gen. Milley, with updated versions of the uniform.”

The conversation was brief, LaFleur said, and Milley gave direction in broad strokes.

“He spoke of the pride and heritage of that uniform and our Army’s history, and wanting to bring it back,” she said. “He wasn’t very specific in terms of the exact design details. He just specifically spoke about the fit, the aesthetic, the look of it. Uniting everybody together with this uniform.”

It was Milley’s idea, she added, to pay special attention to the fit of the female uniform. Female dress uniforms have long been a bugaboo for the military services, with many iterations generating complaints around poor fit or female-specific components that are impractical or less sharp-looking than their male counterparts.

The Marine Corps is in the middle of a multi-year effort to field a unisex dress blues coat with the iconic high Mandarin collar, replacing the traditional female blazer-style coat. Just this month, the Air Force announced that it would allow women to wear pants instead of the standard floor-length skirt with their formal mess dress uniforms, a move officials said was due to “overwhelming feedback” from the force.

The desire for more unisex uniforms hasn’t been universal, however; the Navy in 2019 said it was slowing down a full transition to common gear for men and women — a move initiated by then-Navy Secretary Ray Mabus in 2015 — due to concerns about fit and other issues.

The Army is already making the Greens uniform available to soldiers. This month, drill sergeants for basic training at Fort Sill, Oklahoma; Fort Jackson, South Carolina; Fort Benning, Georgia; and Fort Leonard Wood, Missouri, will all get the Greens, officials said. And by this fall, new soldiers in Basic Combat Training and one-station unit training will also receive the Greens as their dress uniform.

By December, most Army and Air Force Exchange Service locations across the force are expected to have the uniform items available for sale.

“The Army is ready for this uniform,” Thomas said. “I get constant positive feedback about the uniform appearance. And the next question I get, after they say how good the uniform looks is, ‘When can I get one?'”

— Matthew Cox contributed to this report.

Related: Here’s the Lineup of Bases Next to Get the Army Greens Uniform