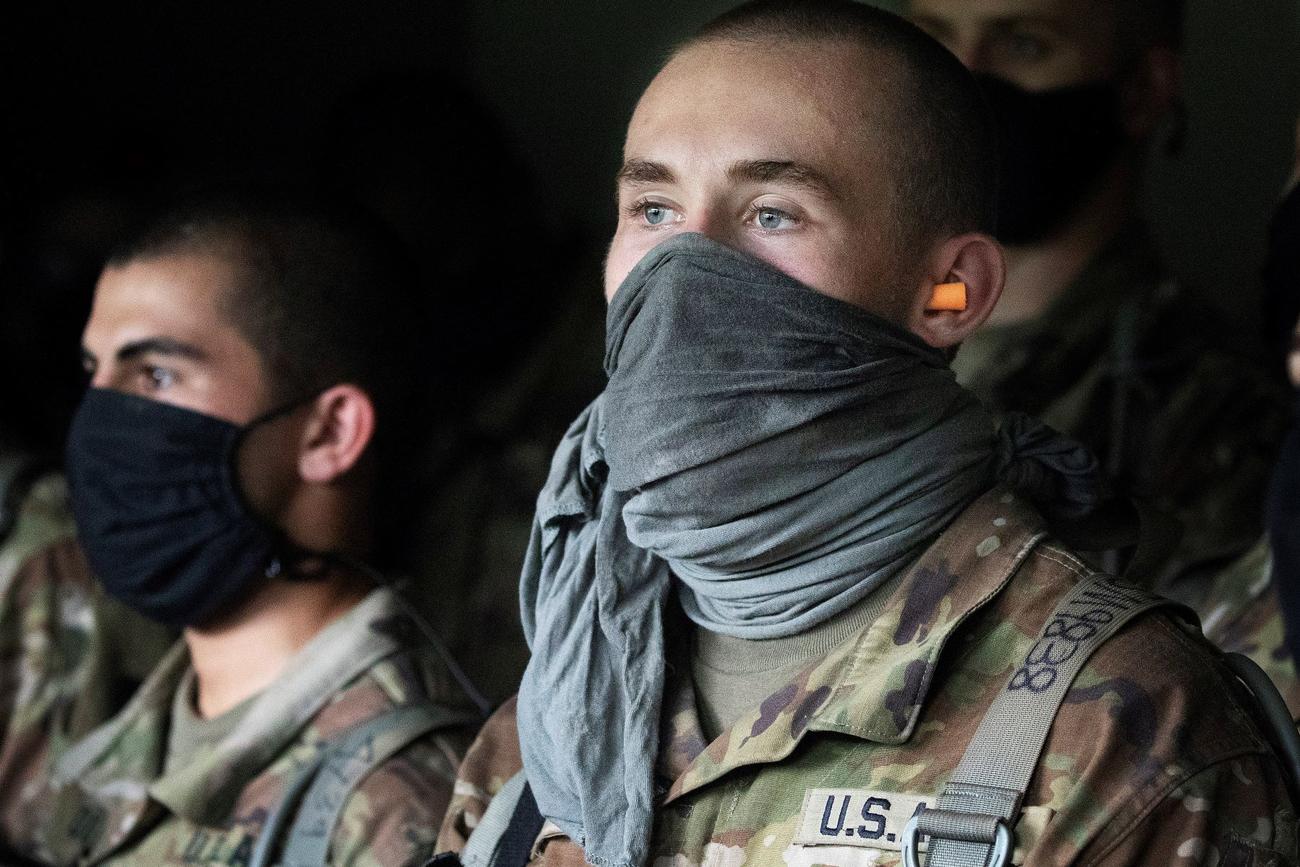 WEST POINT — Summer training for West Point cadets wrapped up Friday as they took on water challenges and big guns.

The military academy invited the media for a glimpse of how the 4,400-member corps of cadets have been spending these past two months.

Much of the training took place at Camp Buckner and other locations along Route 293, where most of the more wild and wooded portions of the West Point military reservation are located.

The water challenges included an event called the Slide for Life, according to a sign posted nearby. This was a challenge not for the faint of heart or those with a fear of heights.

Senior Cadet Tyler Shekleton of Springfield, Ill., one of those supervising this post, said cadets had to begin by scaling a 53-foot tower. At the top, they were attached to a 150-foot zip line and then went sliding across a lake from above toward the opposite shore.

That was just the first half of the challenge. Then came the balance beam.

Cadets had to walk across a narrow wooden beam, also above the water. Shekleton said when they got to the end of the beam, they had to hang on a rope, and again drop into the water — after requesting, and being granted, permission to do so.

See a photo gallery from this event at Recordonline.com

A call for fire exercise was conducted at three stations, with cadets at one station transmitting instructions to cadets manning howitzers and mortar firing tubes to fire their weapons at targets on distant hillsides, about 1,000 meters away.

Lt. Paul Peterson of the 10th Mountain Division, who is currently stationed at Fort Polk, La., said cadets first got to work with mortar tube mock-ups and dummy rounds, “so they can learn how to load and release (a mortar round) safely.”

It’s a process known as load and drop, and as soon as one group of cadets began firing the live mortar rounds, it became clear why safety was so important. As soon as the mortar round is dropped into the tube, it fires immediately when it reaches the bottom.

“What you are about to do is no joke,” one officer advised a group of cadets. There have been injuries that happened in past years when a cadet failed to either pay attention or follow instructions, they were told.

Lt. Col. Adam Sawyer, a 2000 West Point graduate who is now chief of military science and training at the military academy, said upper class cadets helped to instruct the younger cadets during summer training, but there also were about 1,000 active duty soldiers providing lessons in their areas of expertise.

“They appreciate this opportunity to influence the next generation of soldiers,” Sawyer said.

West Point said it is taking precautions during the coronavirus pandemic to protect the health and safety of both the cadets and the officers who are training them. Cadets lived and trained in small groups through the summer, and their health was monitored on a daily basis.

Because of the pandemic, one thing that usually is a highlight of summer training — the march back from Camp Buckner by the incoming freshman class — will take place in isolation this year.

Usually, the march attracts a crowd of parents and other family members eager to cheer on those who survive their first basic training — infamously known at West Point as Beast Barracks — as they officially take their place in the corps of cadets.

This article is written by Mike Randall from The Times Herald-Record, Middletown, N.Y. and was legally licensed via the Tribune Content Agency through the Industry Dive publisher network. Please direct all licensing questions to legal@industrydive.com.

© Copyright 2020 The Times Herald-Record, Middletown, N.Y.. All rights reserved. This material may not be published, broadcast, rewritten or redistributed.