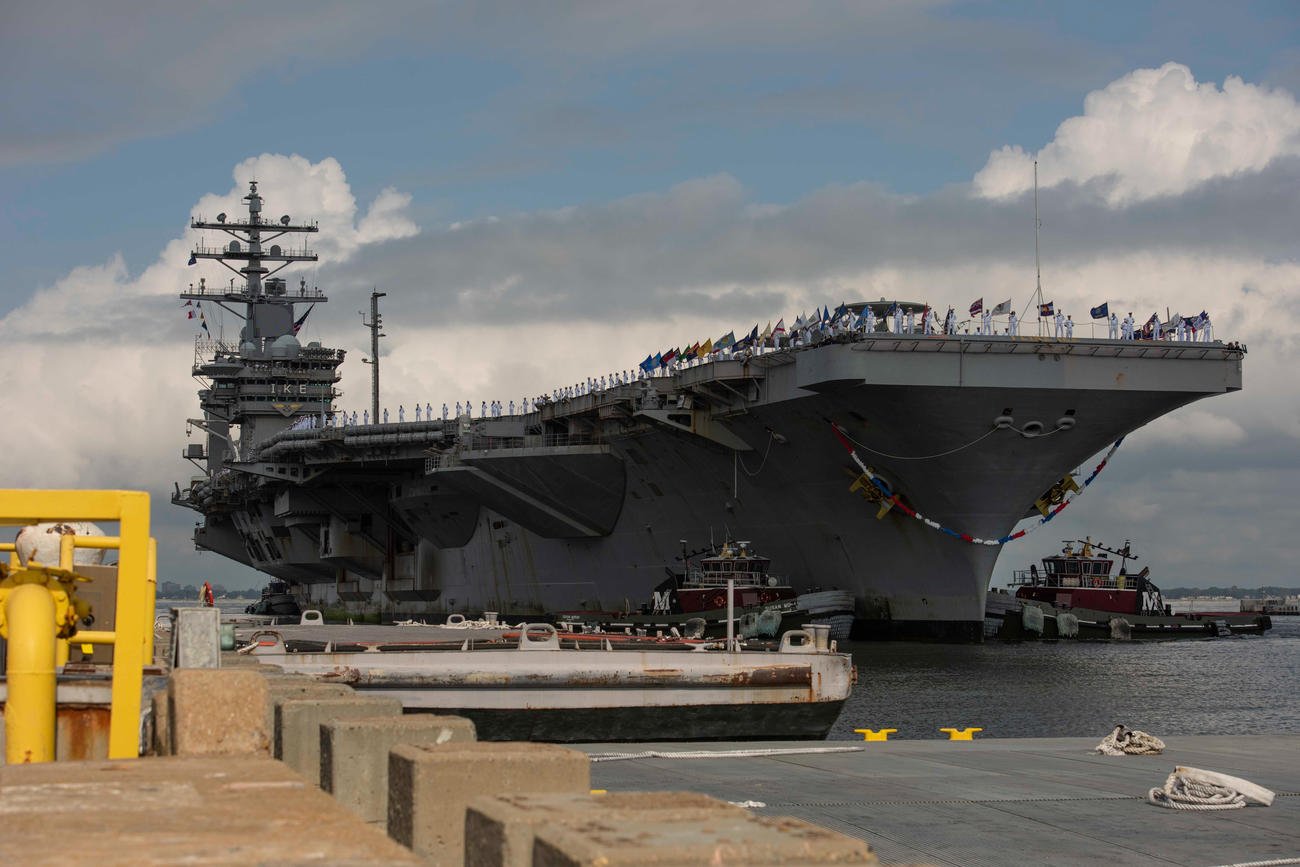 Nearly a fifth of active military families in Virginia say they can’t reliably afford enough food — and many even experience longer term hunger, according to a survey conducted by the Military Family Advisory Network.

Most of those families are concentrated in the Hampton Roads area, the nonprofit said.

“It’s something that caught us off guard,” said executive director Shannon Razsadin, who’s also a Navy spouse. “No one would think military families are at risk of food insecurity.”

The network conducts an annual nationwide survey that asks military families about a range of issues from mental and physical health to finances and child care. Razsadin said the organization tries to stay ahead of the curve with problems the families are facing.

A few years ago, a member of the network’s advisory board who lives in Virginia Beach said she was seeing food insecurity among local military families, Razsadin said. That led to the issue being added to the survey.

They use a six-question scale developed by the U.S. Department of Agriculture that asks, for example, if in the past year you have eaten less than you felt you should because there wasn’t enough money for food, whether you’ve skipped meals for the same reason and whether you couldn’t afford to eat balanced meals.

If respondents answer affirmatively to at least two of the items, they’re considered food insecure. At five or more, they’re experiencing hunger.

The advisory network’s most recent survey was conducted in October and November and included 7,785 people. Nationwide, nearly 13% of military family respondents qualified as having food insecurity. Almost 8% of those families were on the highest end of the scale.

In Virginia, that number was 18.3%, with 11.3% at the high end of the scale. The only state with a larger percentage was Texas.

“I was very surprised. We’ve heard about it anecdotally, but we had no idea the number of cases and the severity of those cases,” Razsadin said. “We know if you can’t meet basic needs, there’s no way you can get to a point where you and your family are thriving. It’s a real concern when we look at force readiness in particular.”

Surveyors also found a statistically significant correlation between a service member’s military rank and where they fell on the food insecurity scale — the lower the rank, the higher their placement. Others more likely to be food insecure included those who had considered suicide in the past two years and those with higher rates of loneliness.

No significant connection was found with age, recency of moving, distance from military installations or military branch.

Among military families with children at home, almost 28% said their children were receiving free or reduced meals at school. That rose to nearly 80% for those with ranks E1 to E3, and nearly 48% for E4 to E6.

Almost half of the families said they’d sought assistance to deal with the problem and had limited food or abstained from eating.

“I wouldn’t eat or would drastically cut back,” one Navy spouse is quoted as saying. “I would seek out support for my kids, because there is less stigma with helping children.”

A National Guard/Reserve member said they hadn’t eaten “anything but a few crackers and a microwave breakfast sandwich in two days.

“I always make sure my husband and daughter have food, period.”

On a call with Sen. Mark Warner last week, Razsadin said one problem is that many military families don’t qualify for food stamps, also known as the Supplemental Nutrition Assistance Program or SNAP, because the calculation includes their housing allowance.

“They’ll apply, then be turned away,” she said.

Changing that, Warner said on the call, “would be a no brainer.”

“It’s frankly alarming and unacceptable that in the richest country in the world, so many of our military families struggle with food insecurity,” Warner said in a statement to The Virginian-Pilot emailed through a spokesperson. “The truth is, families throughout the Commonwealth, regardless of how much they make or where they live, should have access to healthy and affordable food. That’s why I will continue to work to remove any barriers that prevent our servicemembers from getting the food assistance they need.”

The pandemic is making it even more difficult for families to make ends meet, he added.

Razsadin said her organization’s next step is figuring out the root causes of the issue.

The network plans to launch regional strategies partnering with food-focused organizations — and Hampton Roads is a priority area.

This article is written by Katherine Hafner from The Virginian-Pilot and was legally licensed via the Tribune Content Agency through the Industry Dive publisher network. Please direct all licensing questions to legal@industrydive.com.